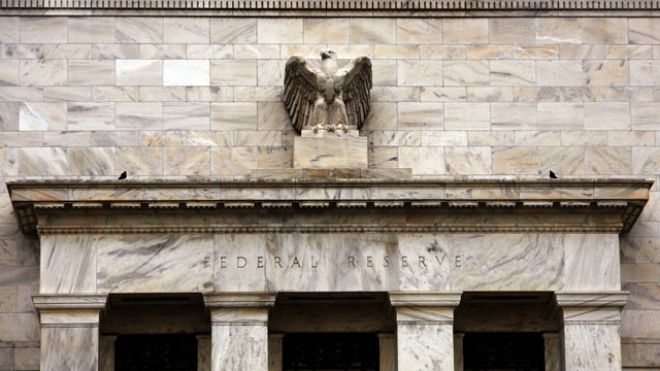 In the financial crisis of 2007 through 2009, the Federal Reserve expanded its balance sheet to finance the bust, just as intended by its legislative fathers of a century ago. They did not, of course, intend for their creation to have stoked the housing bubble in the first place. This dramatic action to make up for its own mistakes was not a first—recall the Fed’s celebrated anti-inflation strategy of the early 1980s, a reaction to its 1970s blunders that had created the Great Inflation of that previous time.

The latest crisis has been over for five years, but the Fed’s balance sheet is more bloated than ever. Its much-discussed “taper” only slowed down the rate of bloating. So as of August 20, 2014, the consolidated Fed has $4.4 trillion of assets (with only $56 billion or 1.3 percent of assets in capital, by the way). It owns zero short-term Treasury bills, but $2.5 trillion in long-term Treasury bonds and $1.7 trillion in mortgages. The original authors of the Federal Reserve Act would have blanched—especially at the Fed’s turning into a giant investor in real-estate mortgages. These developments would have been unthinkable to them. The “elastic currency” they believed they were creating has been hyper-elastic in only one direction for seven years.

Now Professor John Cochrane of the University of Chicago, and the Hoover Institution and the Cato Institute as well, suggests in the Wall Street Journal (“A Few Things the Fed Has Done Right,” August 26) that the Fed should get at least a cheer. Well. Cheering muted by substantial doubt, at best. But very lusty cheering from the most leveraged institutions and speculators, whose profits the Fed has multiplied with its supply of years of almost free short-term debt to leverage with, while the Fed has sworn comforting promises that the rates will be kept low for a considerable time to reduce the perceived risk of the leverage.

Meanwhile, there is no cheering, only groaning, from the conservative savers whom the Fed’s manipulations are plundering, consigning them to virtually zero nominal returns and negative real returns on their savings. The Fed is well aware of their plight but is unconcerned, viewing savers as mere “collateral damage” as it carries out a massive transfer of wealth from savers to borrowers in pursuit of the greater good.

The classic authority on central banking, Walter Bagehot, observed in 1873 that “John Bull can stand many things, but he cannot stand two per cent”—Bagehot did not contemplate zero point two per cent! Bagehot meant that “a low rate of interest, long protracted,” gives rise to “hazardous gamblings in speculative undertakings.” That’s a 19th century way of saying asset-price inflation. Nothing has changed since then in this respect.

Professor Cochrane never directly addresses, although he does hint at, the real meaning of the Fed’s vastly expanded balance sheet. This is much more problematic yet: namely, the Fed has made itself into the nation’s biggest financial intermediary to direct the allocation of credit, taking deposits and making investments. Where is the Fed allocating its cheap credit to? To government deficits and to the housing market. Are these the best destinations for favored resource allocation? That’s hardly obvious.

“The big balance sheet is a temptation for the Fed,” writes Cochrane. This is surely right. Why not use your superior wisdom to keep on allocating credit? The temptation, he says, is “to buy all sorts of assets other than short-term Treasuries”—remember that the Fed now owns zero short-term Treasuries—“and to meddle in many markets, as it is already supporting the mortgage market.” Owning $1.7 trillion in mortgages is definitely a lot of meddling!

Indeed, since the Fed’s mortgages are all very long term, while it pays a floating interest rate on its deposits and does no interest-rate risk hedging, it is quite fair to describe the current Fed as by far the biggest savings and loan in the world. Just as the former savings and loan regulator, the defunct Federal Home Loan Bank Board, did in the 1980s, the Fed has defined for itself special regulatory accounting, so it will not have to reduce its accounting capital for any realized losses or market value losses it incurs on its long-term mortgages and bonds when interest rates do one day rise.

Although it has theories and models, of course, in my opinion the Fed with its utterly unprecedented balance sheet is still flying by the seat of its pants, just as former Secretary of the Treasury Henry Paulson admitted about his and former Fed Chairman Bernanke’s crisis actions. “We had no choice but to fly by the seat of our pants, making it up as we went along,” Paulson honestly wrote of the crisis. But the crisis has been over for a long time.

Perhaps the Fed’s hyper-expanded balance sheet gamble and credit allocation will be judged by future economic and financial historians as a big success, and warrant the cheer that Professor Cochrane suggests we give it today. This is a matter of high uncertainty. I’d guess the chances are less than 50 percent. On the other side, after the asset inflations end, I’d correspondingly guess is that there is a greater than 50 percent chance that the historians of the future will give the post-crisis Fed a Bronx cheer.

Does This Government Deserve Continuity?

Searching for Loyalty and Prudence

Should the Fed Be Run by Economists?

Perhaps inside every macroeconomist is a philosopher-king trying to get out?