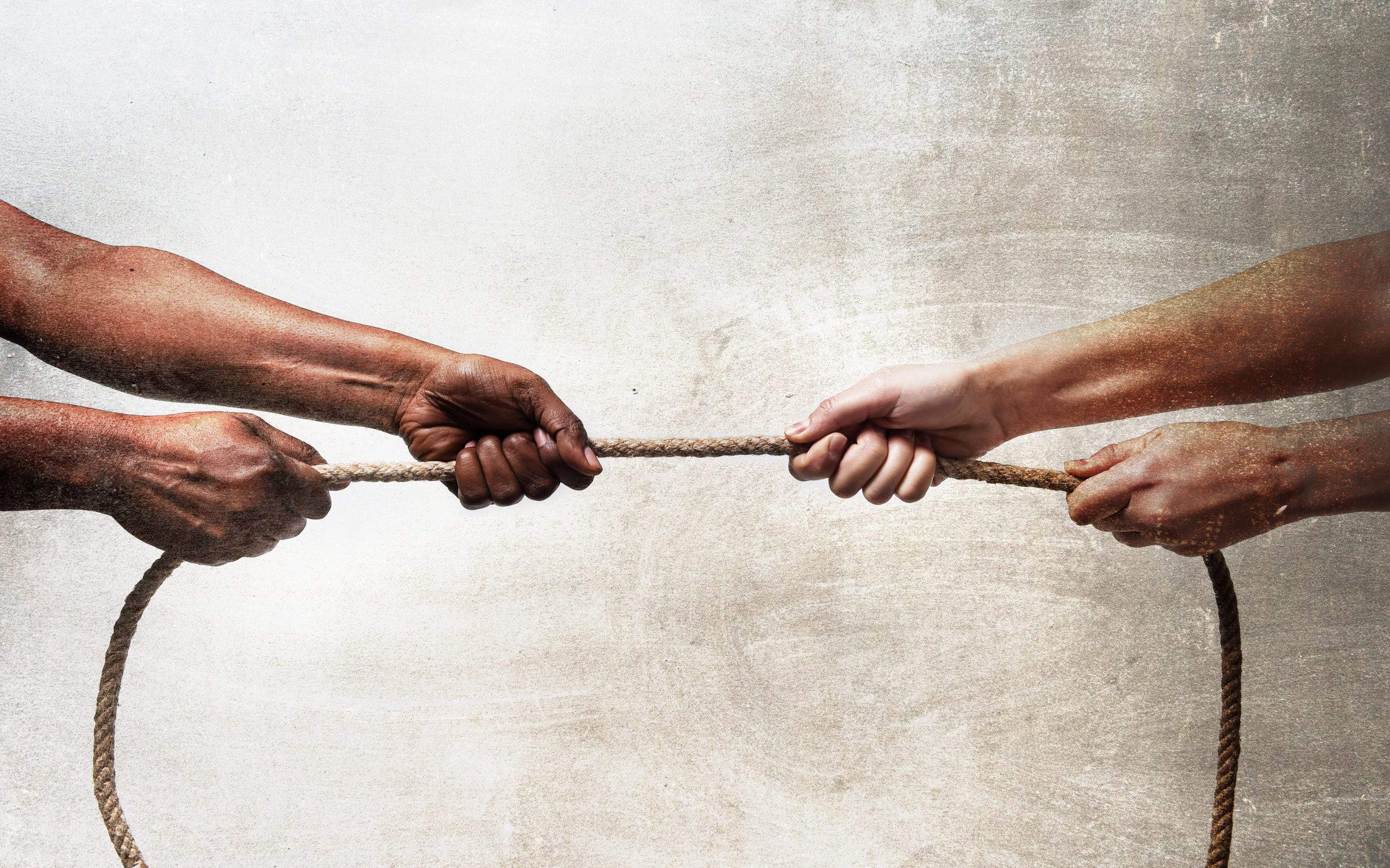 A nation riven by a contest of authority between implacable foes describes the world of shame about which Shelby Steele writes. That nation is not divided into Catholic and Protestant sects, though it has both. It is not divided into Jewish and Muslim adherents, though it has both. It is divided into liberals and conservatives. The liberals hold authority in this nation, and the conservatives seek to overturn that authority. Their competing visions of the good society are mutually exclusive. Hence, there is no ground of accommodation between them.

Steele focuses on the rise of the paternalistic state, with the reaction to racial polarization as the main generator of that state. Written as a series of reflections on moments in his life and career, Shame: How America’s Past Sins Have Polarized Our Country illustrates how, initially, the problems of racial discrimination engendered excuses for patterns of racial exclusion. That sorry record was followed by benign interventions that in turn made race the foundation of patterns of paternalism. The fact that American Blacks were the victims of racial exclusion became the basis for erecting a victims’ protection regime that closed instead of opening the doors to full Black participation as responsible individuals in American society.

Among the episodes related by Steele, three set the tone for his account. The first and most recent is an appearance at an Aspen Institute forum in which Steele excoriated white guilt as an obstacle to social progress. When the panel he was on reassembled, a young interloper prevailed upon the moderator to give him the microphone for an extended declamation repudiating Steele’s argument, reinforcing the obligation of American society to compensate for centuries of oppression. For, as Steele writes,

the young man’s poetic truth was that the victimization of blacks is always the larger truth of American life, a truth so much a part of America’s fundamental character that it must always be taken as literal truth even when the facts refute it.

In short, this was a moment of ideological purity operating to trump dissenting views and foreclose challenge to the established social authority, even at the expense of the supposed beneficiary of benign paternalism.

A second episode relates how Steele, as a Chicago high school junior, quit the swim team of which he had been a leader. Following the revelation that the coach had held a three-week holiday for the team at the coach’s family home on Lake Michigan that excluded Steele, the lone Black, Steele learned in confronting this man of the hypocrisy with which race exclusion was freighted. The coach expected him to understand that what was done had been done for Steele’s benefit—a paternalistic act supposedly shielding him from mistreatment by his peers. Steele’s suggestion: past and present have much in common despite their supposed opposing lenses.

A third episode is the travel to Africa the young Steele and his recent bride took in 1970, beginning in Algeria, where the couple encountered members of the Black Panthers living in exile from the United States under the protection of the Algerian government. These wanted men presented the specter of homesickness in the midst of an ersatz revolutionary vanguard. As his trip continued to other countries on the continent, which brought more images of political and social imbecility, Steele began to feel a growing skepticism regarding the “characterological evil” of America that was the foundation of all radicalism. More precisely, he came to see that, “As the formerly oppressed move into greater and greater freedom, they are often more wedded to the idea of themselves as oppressed than to the reality that they are freer than ever.”

The literal truth about what had happened in the United States was that supposed oppressors and the supposed oppressed had locked in symbiotic embrace to construct a social and political orthodoxy that never let go of the roles of power-holder and beneficiary of that power. From the 1970s up to the present, the pattern extended from racial categories to embrace other fundamental social distinctions (ethnicity, gender, sexual orientation) and to construct artificial social distinctions around such concepts as environmental conservation, health maintenance, and income inequality.

What is to be done? Steele suggests a metamorphosis of the conservative nation into a rejuvenated American national identity. What he does not say, however, is what becomes of the liberal nation once America affirms that “freedom is still our mother tongue.” The counter-cultural revolt may convert but must at least silence the ruling authority. Can this be accomplished by legal evolution? That seems a remote prospect. Can it perhaps be accomplished through an aggressive social “movement,” working along the model of the civil rights movement and pressuring the society to concede a past of fundamental injustice, of national shame, thereby reconfiguring political authority?

The more one reflects on these choices, the more one is troubled by a disconnect in the analysis. This work, unlike Steele’s The Content of Our Character (1998) and even White Guilt (2006), offers less of a focused analysis of social dynamics. For it explains a derived posture rather than cause and effect. The very fact that it begins with a meditation on racial dynamics, and progresses under the constant influence of the observation that “My life had always to be negotiated around my failure to be white,” suggests an underlying gnawing that makes analysis secondary at best. It is what one never expected from Shelby Steele: an emotional shiver.

The cold seems to emanate from the author’s escalating awareness that race has metastasized to invade almost all ordinary social relations and functions in the United States. In psycho-social terms, we might say that social and political interactions had been normed to race, in such a manner that acceptable political initiatives typically originate in calculations of racial dependence.

What this means in practice is that a backward-looking indictment of America’s history of racial (and similar) oppressions is the perspective from which all legitimate policy ideas for the future originate.  Steele has acknowledged “America’s past sins” but he rejects the necessity for a “polarized” future as a result of them. But he sees no cure for the polarization apart from rejecting race-norming by the political establishment. For, “to embrace the idea that America and capitalism were permanent oppressors was self-destructive and indulgent.”

At length I came to appreciate why this particular book struck me so differently from Steele’s other works. While it does offer broad social criticism, this one is much more memoir than monograph. I read it once, then twice, then a third time before it hit me: The account of how this writer and thinker came to a frank embrace of conservatism was a kind of weaving, and we his readers learn how much he was a part of the warp and woof of American national life during a very trying period of the national existence. Tempted by Black radicalism, resentful of race hypocrisy, and outraged by the national sins, he skated nearly into the oblivion of victimization.

But Shelby Steele rose from that miasma on the strength of a healthy streak of self-respect, which made the lure of freedom stronger still.

Only human initiative is transformative, and it is an eternal arrogance of the Left to assume that government can somehow engineer or inspire or manipulate transformation.

The End of the Road to Serfdom