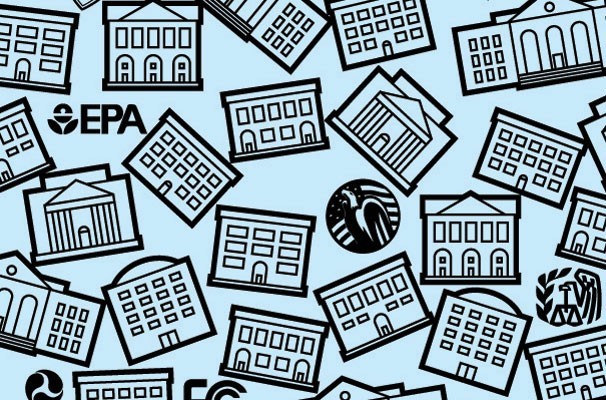 Confirming ordinary experience, the polls leave no doubt that the majority of Americans now regard the U.S. government as more a threat than a protector, acting beyond law or popular control. How government in America became “them” rather than “us,” what government’s loss of legitimacy means for this country, and whether lost confidence and legitimacy may be reclaimed any more than virginity, are questions we must ponder.

This year, Rasmussen’s April 15 survey of sentiments about government found that only 22 percent of respondents considered government as protective of their persons and rights, while 54 percent see it as a threat to liberty and 37 percent fear it outright. This growing alienation from government is seen on the issue of public safety, as well. The previous year, right after federal, state, and local authorities had hunted down the Boston Marathon bombing’s perpetrators, the Washington Post and Fox News asked people whether they feared more “that the government will not go far enough to investigate terrorism . . . or whether it will go too far.” Respondents feared the government more than the terrorists by margins of seven to 13 points, respectively.

Similar polls at the turn of the millennium had shown a substantial reservoir of trust for the government. Indeed, within living memory, Americans (along with the Swiss) were unique in the world, regarding themselves as citizens—masters of government rather than subjects who must be wary because they are powerless before it. How is government in America managing this reversal of the American people’s civic sentiments?

In short, Americans’ habits of allegiance to government were formed with regard to a government much smaller than today’s—a government defined in practice as well as theory by the Constitution of 1787. Even nowadays, children learn that we are governed by laws made by our elected representatives, executed by presidents or governors and enforced by courts where you may be penalized only by a jury of your peers. That is the Constitution to which all officials swear the oath of office, the America to which we recite the “Pledge of Allegiance.” But that America no longer exists.

Today’s America, ruled over by an administrative state, is ever less different from the rest of the world. Virtually all of the rules by which we live are made, executed, and enforced by administrative agencies—from the IRS to the EPA and countless others—that are responsible only to themselves, to those who appoint them, and to the interest groups with which they are affiliated. Ordinary people have virtually no recourse against them.

When some 200 paramilitary agents of the Bureau of Land Management dealt with a Nevada rancher using armored cars, took his herd of some 400 cattle, shot his bull, and tasered his son supposedly to collect a million dollars in unpaid grazing fees, few imagined that those cattle had eaten a million dollars’ worth of grass. Everyone who receives a bill from a government agency knows that the agency quickly multiplies that bill with interest and penalties, and that at best, ordinary citizens can argue before a judge (not a jury) only whether the agency followed its own procedures—not whether its judgments were just. Also, the American people’s near-universal experience is that merely pointing out a mistake to the IRS—or to any other agency—likely leads to its finding pretexts for imposing other, even heavier costs on you.

Moreover, no one was surprised to learn that the family of Harry Reid, the Senate Majority Leader and senior senator from Nevada, stood to benefit from the rancher’s dispossession. Rory Reed, Harry Reid’s son, is brokering the construction of large scale solar energy farms in the area. Some of the land where they are being built contains wildlife which is to be transferred to the land on which the rancher’s cattle have been grazing. The Bureau of Land Management, which decided to clear this particular land of cattle so that the transfer of said wildlife could proceed, is headed by one Neal Kornze, whose career consists exclusively of service to Senator Reed.

Americans are learning the hard way that the modern administrative state serves the powerful at the expense of ordinary citizens. That is why, the peculiarities of the rancher’s dispute notwithstanding, the American people reacted with something like “That, but for the grace of God, could be me.”

Our bipartisan ruling class has barely begun to realize that this popular sense of powerlessness and resentment is a big problem. Thus, a designated defender of the government somewhat gleefully challenged Fox News’ Sean Hannity, and conservatives in general, to support the government’s actions against the rancher as enforcement of the rule of law. The government spokesman could do so only on the basis of confidence that the audience would regard the rule of administrative agencies with the same degree of legitimacy as the rule of law. But that confidence is baseless. Administrative rule is far different from the rule of law, and hasn’t the latter’s legitimacy. This difference in legitimacy is not the latter-day lucubration of certain Americans. You might find interesting Tocqueville’s The Old Regime And The Revolution, which describes in some detail how the French monarchy de-legitimized itself by replacing law with administration.

Expecting ordinary people to support governmental actions as if they were their own is reasonable only when these actions proceed perceptibly from elections. There is not, nor can there ever be, such a thing as a good citizen in an administrative state. Europe’s experience is showing that at best, such states can expect subjects who are mollified by opportunities to game the system. In Europe, majorities have already turned their backs on their political systems, while growing minorities are looking for ways to undo them. Some kind of breakdown looms.

To avoid following in Europe’s footsteps, we Americans would have to walk back the unaccountable administrative state in which we live. The public’s appetite for this is strong. But both our political parties’ establishments are extraneous to it, vying only to be the administrative state’s administrators.

A Right to an Unanimous Jury at the State Level: Incorporating the Sixth Amendment Jury Trial Right

Trust Us, We’re the IRS

State of Florida vs. George Zimmerman (3): Why the Case was brought