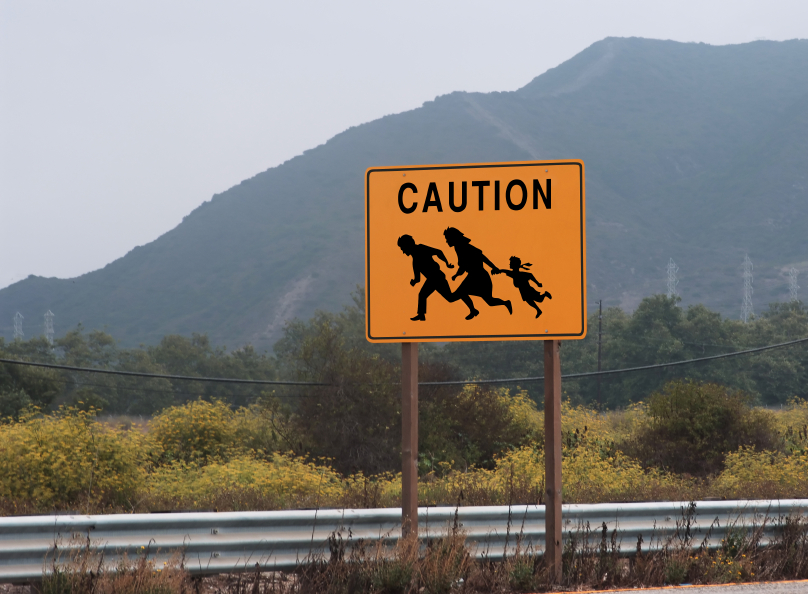 Many Americans believe that the Fourteenth Amendment created “birthright citizenship.” By this logic, any person born on U.S. soil is an American citizen. That is an interpretation, and not the most natural one, of the phrase, “All persons born or naturalized in the United States, and subject to the jurisdiction thereof, are citizens of the United States and of the State wherein they reside.”

The key question is what does the phrase, “subject to the jurisdiction thereof” mean? The prevailing view, at least in our political class, and among activists, is that it means subject to any jurisdiction. Hence most Americans, even lawyers who ought to know better, think that the children of people who came to America on tourist visas, or no visa at all, are American citizens.

But is that the most natural reading? Is it the correct reading? As I have noted elsewhere (link no longer available), according to the normal rules of English grammar, “subject to the jurisdiction thereof” would mean subject to the complete jurisdiction thereof. Normally, one has to specify a partial set. This issue is not trivial. It has important implications regarding who is an American, and with regard to how we treat foreign nationals resident on American soil.

The issue has come up recently in Texas, where the state is preparing to execute Edgar Tamayo, a Mexican national, for killing Guy Gaddis, a policeman. As the LA Times reports, “Gaddis, 24, had been flagged down near a nightclub by a man who accused Tamayo of robbing him. The officer arrested Tamayo, handcuffed him and put him in the back of his patrol car. The officer was driving away when Tamayo drew a pistol he had concealed and shot Gaddis three times in the back of the head.”

Texas is preparing to execute Tamayo for his crime.

When may the U.S. punish a foreign national for a crime? And who decides what punishment is proper? The Mexican government says that Texas cannot follow state law in this case. “If Edgar Tamayo’s execution were to go ahead without his trial being reviewed and his sentence reconsidered … it would be a clear violation of the United States’ international obligations,” Mexican officials maintain. Others note that a foreign national is supposed to receive special rights in a trial, rights unavailable to American citizens. “Tamayo, a laborer from Morelos, Mexico, was in the U.S. illegally at the time of his arrest. Advocates argue that he was not informed of his right to diplomatic assistance under an international treaty known as the Vienna Convention on Consular Relations.” Meanwhile, Secretary of State Kerry has expressed concern. The L.A. Times notes:

“’I have no reason to doubt the facts of Mr. Tamayo’s conviction, and as a former prosecutor, I have no sympathy for anyone who would murder a police officer,’” Kerry wrote in September. But he added that he was concerned the state’s handling of the case could affect how Americans are treated overseas.”

Secretary of State Kerry understands that we Americans believe that our government will protect us from the worst excesses of foreign law. That principle cuts both ways.

This case, in other words, raises the question of what the phrase “subject to the jurisdiction thereof” means. Here we have a case of a Mexican national, in the U.S. illegally, killing an American police officer. May the U.S. government execute him for the murder? Mexico believes that it should have a say in the matter, and that governments in the U.S. are restricted in how they may behave. In other words, they believe that American Courts should remember that Mexican nationals are not completely subject to American jurisdiction. Secretary of State Kerry agrees, albeit for prudential reasons in this case. But if a foreign national in the U.S. is truly “subject to the jurisdiction” of the U.S., there would be no issue and no question. In other words, this case reminds us that the best reading of the 14th Amendment suggests that being present upon U.S. soil is not enough to make one a U.S. citizen at birth.

The 14th Amendment was designed to ensure that the freedmen, former slaves, men and women who had no other nationality and who, nonetheless, had not been accorded the right of men and of citizens in the U.S. prior to the Civil War, were American citizens, and, therefore, enjoyed all the rights of American citizens. It was not the intent of the amendment to make a comprehensive statement about the children of foreign nationals who are born on American soil. Whether the line was to be drawn at the children of permanent legal residents or permanent legal residents with no other nationality is an open question.

In 1898, in the case of U.S. v Wong Kim Ark, the Supreme Court, in a 7-2 ruling, with Fuller and Harlan dissenting, ruled that the children of permanent legal residents are citizens. Whether Court precedent applies beyond the children of permanent legal residents is an open question. (And If we have a living constitution, of course, such a precedent is no more relevant than the intent of the people who made the 14th Amendment the law of the land. In that context, it’s worth remembering that when the 14th Amendment was passed, travel was much more difficult and less common).

The obligations of guests is an ancient question. In the Exodus, Jews are reminded, in the words of the King James Bible, “Thou shalt neither vex a stranger, nor oppress him: for ye were strangers in the land of Egypt.”

The obligation cuts two ways. A visitor is obliged to obey the laws of the land in which he finds himself. The injunction in Leviticus, “you shall have one manner of law, as well for the stranger, as for one of your own country” implies both that one should not place special burdens on foreigners and that foreigners should observe the laws of the lands in which they find themselves. That is seldom the case in all respects.

Among parents, the question of whether or how one may punish a child who misbehaves on a play date is vexing one. The right to punish citizens of another country is a question of the same order. When visiting another person’s house, it is, in normal circumstances, one’s job to observe the house rules. The same holds true when one is visiting another country. Even so, the right of that country to punish a visitor for violations of the law is a complicated one. Quite often, it is a question that can only be resolved by treaty, a reality that reminds us that guests in America are not subject to the jurisdiction of American law the same way that American citizens are, as many are arguing in this case.

Continuing Government Failures: The FDA and Convictions of the Innocent

David Armitage offers tremendous insight into civil wars and how to understand them, but not in the usual social scientific or historical key.

Advocates and opponents of birthright citizenship are stuck in a dilemma: originalism binds us to accept it, nonoriginalism offers room to deny it.

What Did the 14th Amendment Congress Think about “Birthright Citizenship”?