“Public choice,” of course, is just a highfalutin circumlocution for “politics.” But the name is usually applied to the leading neoclassical version articulated by James Buchanan and Gordon Tullock in The Calculus of Consent.

This theory has a number of obvious attractions for libertarians, which I will briefly describe. Unfortunately, because its drawbacks outweigh these attractions, it needs to be replaced by an updated version of what might be called the Founders’ older “theory of American public choice.”

The problem is by no means peculiar to the theory of public choice, but rather is a general one apparent in all branches of neoclassical economic theory. This requires some explanation.

Many people still think that Adam Smith founded economics. But as Joseph Schumpeter demonstrated in his 1954 History of Economic Analysis, “the Wealth of Nations does not contain a single analytic idea, principle or method that was entirely new in 1776.” [1]

So when did economics begin and what is it about? Of all people, Jesus once noted—I interpret this as an astute empirical observation, not divine revelation—since the days of Noah and Lot, people have been doing four kinds of things. He gave these examples: “planting and building,” “buying and selling,” ‘marrying and being given in marriage,” and “eating and drinking” (Luke 18:27-28). In other words, we produce, exchange, give, and use (or consume) our human and nonhuman goods.

Scholastic economics began around 1250 AD, when Thomas Aquinas integrated these four elements within scholastic natural law, drawing on Aristotle and Augustine to devise the first complete outline of personal, domestic, and political economy. This “AAA” outline was taught for more than five centuries by Catholic and (after the Reformation) Protestant thinkers, notably Samuel Pufendorf, who influenced American Founders including Alexander Hamilton, who penned two-thirds of the Federalist.

Classical economics began when Smith oversimplified these four elements to two—production and exchange. Though undoubtedly advancing these two, Smith also dropped Augustine’s theory of utility, which explains consumption. Smith replaced Augustine’s theory of personal gifts and Aristotle’s theory of distributive justice with his famous (often false) assumption that “every individual . . . intends only his own gain,”[2] as he put it in his most famous “invisible hand” passage

Neoclassical economics began a century later, when three economists dissatisfied with flaws in Smith’s revision[3] almost simultaneously but independently rediscovered Augustine’s theory of utility, reintegrating it with production and exchange.

In Redeeming Economics[4] I explain why the next phase of Neoscholastic economics is already beginning, and revolutionizing the field once again, by restoring the lost cornerstone of distribution to describe more accurately our interpersonal relations of love and hate.

First, the attractions. As Buchanan once summarized in a succinct and accessible pamphlet, “public choice became a set of theories of governmental failures, as an offset to the theories of market failures that had previously emerged from theoretical welfare economics. Or, . . . ‘politics without romance.’”

Yet as Buchanan also candidly acknowledged, the presuppositions of the libertarian neoclassical public-choice theory depend on circular logic, its immediate applications are “relatively empty of empirical content,” and even some of its most important hypotheses “have not been readily falsifiable empirically.”

To appreciate the problem and its solution, let’s contrast the modern “theory of public choice” with what might be called the Founders’ “theory of American public choice.” 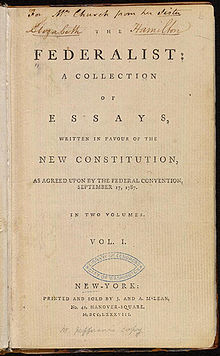 It may seem surprising to place the Founders in the scholastic tradition. Scholastic economics is essentially a product of the natural law, which is what we can know by reasoning from common human experience. Its economic principles were hammered out three centuries before the Reformation and five centuries before Smith. Until then, Catholics and Protestants basically agreed on economics. Samuel Pufendorf’s Protestant version of the natural law was written about a century before the Declaration of Independence, taught to (though rejected by) Adam Smith, widely circulated in the American colonies, and recommended by Alexander Hamilton.

James Madison developed Aristotle’s theories of property and faction, while Hamilton effectively developed Augustine’s distinction between private goods like bread, which two of us can’t simultaneously consume, and “public goods” like administration of justice or national defense, which we can.

The Founders’ “theory of American public choice” maintained, as Madison put it in Federalist No. 51, that “justice is the end of government”[5]; and (in Federalist No. 10) that “the most common and durable source of factions, has been the various and unequal distribution of property.”[6] Madison carefully distinguished property in the narrow sense, meaning “dominion . . . over the external things of the world,” from property in its “broader and juster meaning,” which includes anyone’s “property in the free use of his faculties,” and even religious opinions. [7]

In contrast, the neoclassical theory of public choice incorporated the presuppositions previously expressed by Anthony Downs: first, that rather than justice, “the goal of government is attaining the income, power, and prestige that go with office”;[8] and second, that partisan voting is essentially unrelated to voters’ economic interests, and thus presumed to be randomly distributed.[9]

The American National Election Studies (ANES) have surveyed American voters’ economic and demographic characteristics, the issues they consider most important, and their voting in national elections, since 1948 or 1952, depending on the question.[10] Also, the survey ranks voters’ characteristics such as family income according to percentiles derived from a normal curve, according to which just over two-thirds of any population should fall within one standard deviation above or below the mean.[11]

This fact is useful, because, presuming that voters’ issue concerns are essentially identical apart from random variation, the neoclasssical theory of public choice treats voters’ concerns as essentially random. It therefore argues that these interests should be “peaked”—that is, clumped—around the mean.

Thus, despite its apparent attractions it is time to retire the neoclassical theory of public choice and re-adopt the Founders’ theory of American public choice.[12]

[9]. “In reality party ideologies probably stem originally from the interests of the persons who found each party,” Downs conceded. “But, once a political party is created, it takes on an existence of its own and eventually becomes relatively independent of any particular interest group.” Downs, (1957), 142n. Presumed randomness is reflected in the theory’s prediction that voters’ interests will follow the “normal” (i.e., bell-shaped) curve associated with random variations: according to Downs, “stable government in a two-party democracy requires a distribution of voters roughly approximating a normal curve. When such a distribution exists, the two parties come to resemble each other closely.” Downs (1957), ibid., 143.

[11] A chart depicting a normal curve and the corresponding statistical relationships may be found at http://en.wikipedia.org/w/index.php?title=Image:Normal_distribution_and_scales.gif&oldid=58616173

[12] Buchanan argued, it is true (though much later) that his seminal 1962 work The Calculus of Consent, co-authored with Tullock, “could be viewed as a formalization of the structure James Madison had in mind when he constructed the U.S. Constitution.” James M. Buchanan, “Public Choice: The Origins and Development of a Research Program,” Center for Study of Public Choice, George Mason University, 2003, 6; available at http://www.gmu.edu/centers/publicchoice/pdf%20links/Booklet.pdf. But as Martin Diamond correctly pointed out when Downs’ work first appeared a few years before Buchanan and Tullock’s, but with identical assumptions, reducing politicians to selfish utility maximizers “leads to radical empirical error” by making the theory “incapable of explaining the decisive events and aspects of American democracy—for example, the career of Lincoln or the career of Hamilton, whose ‘love of fame’ had very different consequences for the primacy of policy than has Downs’ assumptions about the desire of the rewards of office.” Martin Diamond, Review of An Economic Theory of Democracy by Anthony Downs, 67 Journal of Political Economy 2:208-211 (Apr. 1959).

The Myth of Rational Legislation

Memo To Obamacare Architects, You Aren’t Better Than Mancur Olson