For some time now, three of the most powerful forces in society—technological science and the moral values of equality and freedom—have been applied to the redefinition and reworking of a fundamental human and social institution: marriage and the family. Same-sex marriage is the most recent wave in this transformative endeavor.

Michael Hanby recently weighed in on these topics in a remarkably penetrating manner. Hanby’s procedure is to bring to light the assumptions and consequences of a culturally ascendant position—one that, for instance, sees “no rational basis” for “restricting” the institution of marriage to heterosexual couples. It is a peculiar notion of reason that cannot see what centuries of humans have thought the common sense of the matter.

If Hanby’s procedure is expository, his mood is despairing yet resigned. Having grasped the logic of a deeply flawed anthropology, “a philosophy of human nature” that is now in the cultural and legal vanguard, Hanby unflinchingly maps out what he calls the “Brave New World” of same-sex marriage. His analysis is impressive in that it brings all three modern lodestars together, drawing out the often tacit presuppositions, as well as sketching what lies ahead as the trio of Science/Equality/Liberty rework so-called traditional marriage. This brave new world involves nothing less than the dehumanizing of the human. It theoretically reconceptualizes man in a Hobbesian vein—as raw material yet also godlike artificer of his humanity—joined with a Cartesian technological “dualism” of meaningless body and creative freedom. In this optic, Hanby observes, “the person as an integrated whole falls through the chasm.”

To make his point, Hanby contrasts a modern technological conception of reason, in which the natural world and man lack intrinsic structure and meaning (there are no substantial forms, no given human soul, no human body that expresses the human form), with a more capacious view of reason and a normative view of human nature. His focus and test case is procreation—the human coupling activity where Nature in its basic etymological sense of nasci, to be born, is most prominent. Procreation becomes the core of a contrast between the natural family of husband and wife, father, mother, and naturally generated child, and the various Equality-and-Freedom mandated, technologically assisted versions, now including male homosexual and lesbian couples, but bound to expand in ever more creative assortments. 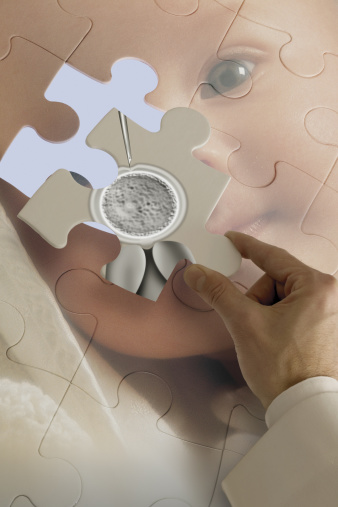 Hanby was put on this path by reading the relevant legal decisions that have undermined the exclusivity of natural marriage. Almost all of them anchor their opinions in a denial that procreation has an intrinsic connection to the rational purposes of marriage; hence, to deny same-sex couples admission to the institution has no basis. However, he also notices that “the argument for marriage as an affective union has been buttressed time and again in the courts by the claim that assisted reproductive technologies (ARTs), surrogacy, and the like eliminate any relevant difference between a married man and woman and a same-sex couple” when it comes to bringing children into the world. In this way, therefore, the courts double back to procreation and affirm that same-sex couples can participate in it, albeit with special assistance. They are “functionally equivalent” to heterosexual couples and should be recognized as fully equal.

This doubling back shows that, in a certain sense, one can’t escape the procreative aspect of marriage.

Implicit in this finding of “no relevant difference,” however, is a profound recasting of the meaning of male and female, husband and wife, parent and, especially, child. The artificially created configurations, while they ape the natural one, also conceptually trump it since their juridical endorsement authoritatively “encodes” in law and policy new meanings of the human person and of conjugal and familial relations. A brave new world thus dawns, one Hanby seeks to clarify in its anthropological vision and practical implications for our humanity.

To start with, to accept same-sex unions as marriage is

to commit officially to the proposition that there is no meaningful difference between a married man and woman conceiving a child naturally, two women conceiving a child with the aid of donor semen and IVF, or two men employing a surrogate to have a child together. . . . Yet if this is true, it follows that no great weight attaches to natural motherhood and fatherhood and that being born to a father and mother is inessential to what it means to be human, or even to the meaning of childhood and family. These are not fundamentally “natural” phenomena integral to human identity and social welfare, but mere accidents of biology overlaid with social conventions that can be replaced by “functionally equivalent” roles without loss.

The changes involving the child are particularly telling. For to declare same-sex unions and their technological reproduction as normative “is essentially to reconceive the child not as a person but as an artifact.”

It is to deny that his being from his parents and having a lineage is deeply constitutive of his humanity or his personal identity; since the very notion of ‘lineage’ is confused by these new artificial combinations . . . And it is to deny that he is his own being with inviolable dignity who cannot be manipulated or controlled; since it was a process of manipulation and control that brought him into being in the first place. The technological dominance of procreation asserts . . . that a child is essentially a product of human making . . . whose meaning and purpose, as with all artifacts, reside not in itself but in the design of its maker.

The child as artifact—here, Hanby is not entirely prognosticating. The press reports quite often on the thousands of engineered births each year, and we learn of the personal sagas of twenty-somethings who, armed with genetic information, are embarking on emotionally fraught searches for their blood relatives. A young woman from Houston told the National Public Radio show Radio Lab what it was like to find out at age eight that her biological father was an unknown sperm donor: “I began to feel loss and grief, and looking in the mirror I began to see a stranger looking back at me.” She continues sending out inquiries, ever hopeful of locating one of the gamete-contributors who made her, and of uncovering any individuals who are half-siblings to her through that donor.

In brief, the presuppositions that Hanby limns are those of “synthetic biology” and “the new eugenics,” both of which enable us to seize control of our own evolution. In such a world, we latter-day Hobbesians “become both protagonists and victims” of the modern project of the technological mastery of nature, now linked to an ever-expansive realization of the values of equality and freedom.

This has dramatic implications for the state as well, starting with an arrogated authority to define reality in the name of equality and freedom. The state’s “presumption to define the family signals its triumph over the family as a natural institution that precedes and transcends it, and so as a consequence we can expect the state to intervene ever more deeply into the family’s life—in public education, for instance.”

If it is now possible to have two mothers or two fathers, then motherhood and fatherhood are no longer restricted to the agents of natural procreation and the heads of the natural family. Those with more traditional views of the family will perforce become second-class citizens, and their children will be subject to official indoctrination cast in the magic words of justice, diversity, and the hard-edged imperatives of democratic inclusiveness.

As the example of public education indicates, the state will increasingly become “an active agent in bringing the newly designed family on equal terms with the natural family.” Its endeavors to do this will cut in two ways.

On the one hand, this “leads inexorably to the state’s promotion of a more extensive regime of ARTs.” On the other hand, it implies “that pregnancy is merely an ‘elective procedure’ potentially subject to ‘rationing’ simply through bureaucratic adjustments to the schedule of health benefits.”With respect to the first, there is actual evidence to consider, and California is a harbinger of things to come with a law requiring insurance companies to pay for IVF for same-sex couples. As for the second path, Hanby sketches the thinking informing it as follows:

Why, after all, should a heterosexual woman be entitled to unlimited prenatal and neonatal benefits—when pregnancy is essentially a choice—while same-sex couples are denied access to the technology necessary to conceive children of their own?

As the arbiter of its own mandated equivalences, as the supplier of the means to realize rights it itself has created, the state will enter ever more fully into the baby-making decisions and activities of its wards. It will be guided, though, by a clear bias toward the artificial rather than the natural because of its official ideology and because it has linked its legitimacy to the technological project of modernity.

Hanby, it is true, acknowledges that we are only starting to see this logic take hold. But he cites Nietzsche to the effect that great deeds take time. The thoroughly modern reworking of our humanity is certainly a great deed; Hanby provides ample reason to question its goodness.

Originalism and McCutcheon Part III: Does Congress Have Power to Regulate Campaign Contributions?

Fiddler on the Roof and Same-Sex Marriage

Tim Carney shows that the decline of the Rust Belt has cultural and moral elements that economics alone cannot adequately explain.