A New Year’s wake-up call from the International Business Times: “In their annual End of Year poll, researchers for WIN and Gallup International surveyed more than 66,000 people across 65 nations and found that 24 percent of all respondents answered that the United States “is the greatest threat to peace in the world today.” Pakistan and China fell significantly behind the United States on the poll, with 8 and 6 percent, respectively. Afghanistan, Iran, Israel and North Korea all tied for fourth place with 4 percent.”

This confirms what international travelers sense: whereas not so long ago foreigners saw Americans as the embodiment of peace and freedom, a plurality now see us as a source of trouble for themselves. For more people than not, being on America’s side now means being on the side of trouble. Why? And what is that to us?

As ever in human history, the reputation of “dangerous to peace” does not attach itself to nations that trample over others as victorious aggressors, or whose power looms ominously. Rather, it is yet one more dangerous indignity heaped upon those who are perceived as weak and inept. That perception means that more and more people are likely to deprive us of our peace.

The question for us Americans to ponder as we enter into yet another election year is: how, since 9/11, did our leaders manage to use this country’s mighty military; how did they manage to sacrifice some 10,000 American dead and 30,000 crippled for life, to kill several hundred thousand foreigners while spending between two and three Trillion dollars, in a way that earned us no peace abroad or at home and the title of “greatest threat to peace in the world” to boot? How has all this effort made more and more people hostile to us?

We may see part of the answer in a December 29 Wall Street Journal feature by Philip Mudd, deputy director of CIA’s counterterrorism center 2003-6 and senior intelligence adviser at FBI 2009-10. 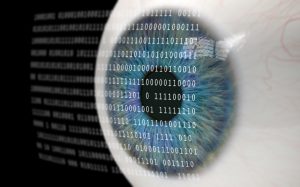 These high officials believe that America is beset by a shadowy spider-web of international rogues, and that the path to our peace lies in mapping that network. “How best can we clarify the blurry picture of an emerging terror conspiracy overseas or in the United States? How can we identify the key players and the broader network of fundraisers, radicalizers, travel facilitators and others quickly enough so they can’t succeed? And how do we ensure that we’ve mapped the network enough to dismantle—and not merely disrupt—it?”

Their answer, since they pretend to be agnostic about that network’s composition, is to gather as much data about what everyone in the world is doing and then to sort it by sophisticated mathematical algorithms to isolate “gossamer contacts…in an ocean of seemingly disconnected data,” and then to focus their investigations. To do otherwise – to start from openly available facts about who wants to do what to whom would be “profiling” of the racist kind.

But, technology has enabled our wizards to combine socio-political agnosticism with effectiveness: “The fastest, most efficient solution to mapping a network of conspirators lies in following digital connections among people. And as digital trails expand, digital network mapping will increase in value…link cellphones, email contacts, financial transactions, travel and visa information, add in whatever else you can find, and …Bingo! Within a day, you can have the beginnings of an understanding of a complex network. Even so, an analyst has to ask other questions. Where did the conspirators travel a year ago? Five years ago? Who did they live with? Who did they sit next to on an airplane? [for that] Investigators need an historical pool of data.”

That data must cover as much of mankind as possible because we all know, we all must know, that any human being is as likely as any other to be a terrorist. Repeat that. We must all know that, unless we are racists. And the data must be kept forever, ready to be re-analyzed by whatever new theory and algorithm comes along.

Note well that Mr. Mudd is not proposing anything new. He is describing accurately the manner in which the US government has proceeded in the War On Terror, using fully and freely all the technological tools the effectiveness of which he and the rest of our Best and Brightest tout as the key to our safety and peace.

Note well, however, what the results have been: Whereas on the night of September 11 2001 the Muslim world’s governments suppressed joyous dancing in the streets, fearful of how America might hold them responsible, on the eleventh anniversary of that horror they sided with crowds that attacked US embassies shouting “Obama, Obama, there are a billion Osamas.”

And, as our Best And Brightest tinker with algorithms to sort the communications of billions of innocents, hundreds of millions of these have come to regard America as a threat to themselves.

That is more reasonable than what our Best And Brightest are doing.

The Government is Us. Let’s Unionize!

Manipulating the U.S. Intelligence Community Shouldn’t Be This Easy

The U.S. Intelligence Community consistently fails at quality control, and this opens it to manipulation.