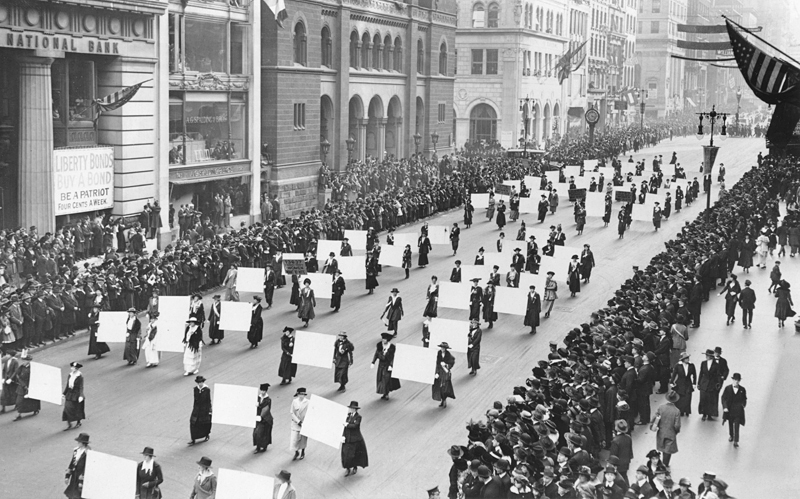 Christina Hoff Sommers, a former philosophy professor at Clark University who is now a resident scholar at the American Enterprise Institute, has been trying for more than two decades to rescue feminism from the feminists who have given the word a bad name.

In her 1994 book, Who Stole Feminism?, Sommers distinguished between what she called “equity feminism,” an ideology with historic roots in the 19th and 20th centuries that focused on equal legal treatment of women and men, and what she called “gender feminism,” today’s Marxist-tinged focus on women’s presumed plight as victims of the patriarchy and other systemic forms of male oppression. Sommers argued—quite correctly—that gender feminism, with its victimological harping on men’s misdeeds, and its refusal to recognize differences in temperament and desires that might account for, say, pay differentials or the supposed “glass ceiling,” has pretty much obliterated equity feminism as a recognizable political force. After all, gender feminists can always argue that they, too, favor “equity”—as per their own definition, heavy on quotas, special pleading, and grievance-mongering.

The upshot: While Sommers and a handful of other non-leftist women, notably the libertarian journalist Cathy Young, continue to define themselves as feminists (of the older “equity” model), the vast majority of American women, turned off by the virulently anti-male rhetoric of the “gender” crowd, shun the word. Indeed, a Huffington Post-YouGov poll conducted in 2013 revealed that only 23 percent of women identified themselves as feminists, even though 82 percent of them said they believed in the political, social, and economic equality of the sexes. That 23 percent now dominates academia, the media, and other bastions of the Western cultural elite.

Sommers’s latest book, more like a pamphlet, actually, at 127 small-size pages, goes back to the drawing board in a new attempt to revive what she sees as feminism’s positive contributions. One of her concerns is that in the Third World, the abuse of women is a terrible problem (she speaks of the honor killings, genital mutilation, and forced marriages prevalent in Muslim lands); yet these women find the anti-family rhetoric of most Western feminists even more distasteful than do American women. So she has invented a new phrase: “freedom feminism,” which she defines pretty much as she defined “equity feminism”:

the moral, social, and legal equality of the sexes—and the freedom of women to employ their equal status to pursue happiness in their own distinctive ways. Freedom feminism is not at war with femininity or masculinity, it does not seek to bring down capitalism, and it does not view men and women as warring tribes.

Sommers sees freedom feminism as a synthesis of two different strategies for improving the lot of women that materialized at the end of the 18th century.

The first, “egalitarian feminism,” had its roots in the revolutionary writings of Mary Wollstonecraft (1759-1797), the brilliant and radical British polemicist whose friends included Tom Paine, William Wordsworth, and William Blake. Wollstonecraft, whose intellectual sensibilities were firmly grounded in the Enlightenment, was a feminist pioneer who championed coeducation for women, insisted that their reasoning powers were equal to those of men, and led a scandalous (for the time) sex life that included an out-of-wedlock child.

The second she has derived from a powerful counterbalancing force, as embodied in the English philanthropist Hannah More (1745-1833). A mostly-forgotten evangelical Christian and abolitionist, More devoted her long life to the energetic production of books, pamphlets, poems, and didactic novels. Like the determinedly secularist Wollstonecraft, More championed education for women. But her reasons were different. She believed that the elite women of her time were encouraged to lead lives of idleness and frivolity when they could be devoting their energies to charity and improving the lives of those less fortunate.

More encouraged women to start orphanages, Sunday Schools, hospitals, and voluntary societies of every kind, and these were a fixture of middle- and upper-class female life throughout the 19th and early 20th centuries. She believed there was such a thing as a “special women’s sphere” (Sommers’ paraphrase) in which women could use their natural tenderness and nurturing instincts to help create a more decorous and civilized society for both sexes. Sommers credits More with the invention of what she calls “maternal feminism.” Most of today’s feminists deride More if they think of her at all. But she was vastly popular and influential in her time, appealing to women of every social class.

By contrast, Wollstonecraft’s egalitarian feminists, perceived as eccentric and hostile to the family, never had much of a following. Their pet cause, women’s suffrage, promoted in America by such egalitarians as Susan B. Anthony and Elizabeth Cady Stanton, went nowhere—until they joined forces with the maternal feminists, then led by the temperance advocate Frances Willard. Willard’s championing of marriage and domesticity (she coined the phrase “angel in the home”) made her one of the most popular women in America at the turn of the 20th century.

Only with “the great convergence” of liberal and conservative feminist strains, says Sommers, did votes for women gain crucial widespread support among women themselves. The convergence happily lasted through the early 1960s, even as many women were taking jobs outside the home. The Equal Pay Act of 1963, one of several landmark federal laws banning sex discrimination in employment and education, passed due to the efforts of Republican and Democratic female lawyers and legislators. The Equal Rights Amendment also enjoyed broad bipartisan support and its ratification looked like a shoo-in.

This “second-wave” coalition fell apart, Sommers argues, when the egalitarians became intransigent during the late 1960s. Betty Friedan’s The Feminine Mystique (1963), deriding the home as a “comfortable concentration camp,” paved the way for radical assaults on marriage, men, and domesticity. On the one hand, the author points out, feminists began pushing for “hard egalitarian goals” such as women in combat, and insisting that differences between the sexes were entirely due to sexist stereotypes and social conditioning. On the other, they were blaming male-dominated society for, say, women’s relative lack of interest in high-tech professions, or the desire of many women to work fewer hours on the job so they could spend more time with their children. The inflammatory rhetoric generated a backlash among women who thought of themselves as wives and mothers foremost—capitalized on by that quintessential anti-feminist, Phyllis Schlafly, who mobilized opposition to the ERA that stopped the amendment dead in its tracks in the early 1980s.

“Feminism has devolved into a one-party system,” Sommers laments. Her hope is for a revival of “the great convergence.” Hence her call for freedom feminism, which would combine the liberal concept of equal access to institutions with the conservative recognition that many women choose to lead lives that don’t necessarily result in the highest salaries or the hardest-charging careers.

This is an admirable concept, and she has made an admirable case for it. But given the decades of poisonous anti-male ideology perpetrated by the women who currently call themselves feminists, I doubt that many less radical women are going to take up the name, even if it’s preceded by the word “freedom.”

Towards a Global Dystopia

Scott Yenor offers a first-hand account of Boise State's transformation from a bastion of the liberal arts to a social justice university.

Opening Minds with The Bostonians

The Bostonians was a reactionary novel even in the day it was written, and this is exactly why college students should read it.

Even under ludicrously ideal life circumstances, can the alluring lady comic unfold the gift without transposing her personality into a masculine key?