America is under one-party rule. That is illegitimate because it is irresponsible. Restoring responsible government will take a revolt from within the ruling coalition, or a new party formed explicitly to represent the people against the ruling class.

The New York Times’ “News Alert” heralded the House of Representatives’ passage (359-67) of a single bill that appropriates money for the US government’s discretionary accounts through fiscal 2014: “The legislation, 1,582 pages in length and unveiled only two nights ago, embodies precisely what many House Republicans have railed against since the Tea Party movement began, a massive bill dropped in the cover of darkness and voted on before lawmakers could possibly have read it.” The same day, a Wall Street Journal headline hailed the event as “Budget Deal Gives Parties Break From Fiscal Combat.” Like the Times, the Journal published a summary list of “who gets what” from the $1.1 trillion deal. 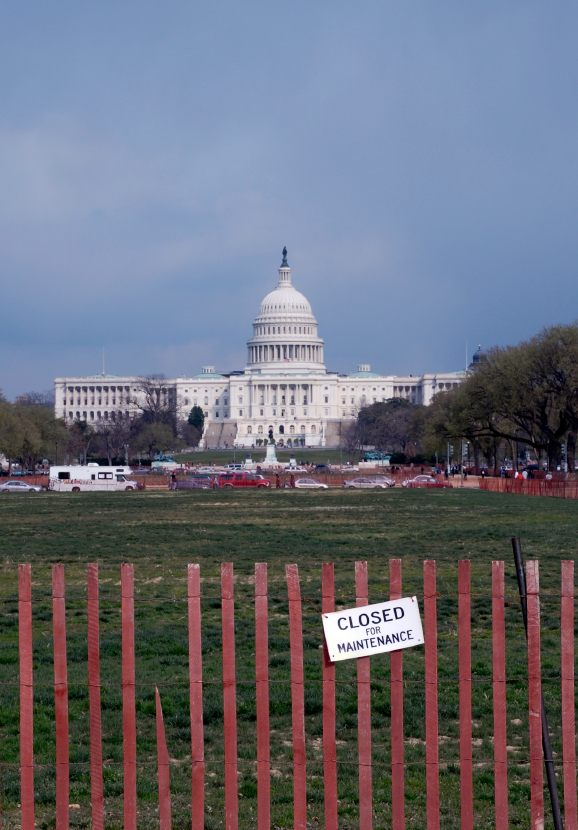 The Party bosses and the lobbyists closest to them who worked out the deal over the previous weekend answered only to themselves. Ordinary Americans who support or oppose any of the law’s hundreds of adds and cuts to programs, new spending items, as well as legislative mandates and restrictions had no way of influencing the decisions. Since no congressman or senator voted for or against any of them, no voter can hold anyone responsible at the ballot box. Nor can Americans express disapproval of the deal by voting either Republican or Democrat, since all of the latter and most of the former concurred in it.

Irresponsibility, of course, is what has made it so attractive for Democrats to lead and for Republicans to follow in throwing aside two hundred years of Constitutional practice – open, recorded voting on individual legislative items first in committee and then in each House – in favor of single “omnibus” or “continuing” resolutions.

This latest “omnibus appropriation’s” most notable feature is the open exultation with which the ruling class media have greeted it. The Journal celebrates peace, or at least truce, between the parties. The Times is happy that Republican leaders were able to shove opacity and irresponsibility down the Tea Partiers’ throats. In short, the ruling class is happy not so much about what the deal does or does not do as it is about its consolidation of a new way of governing, a way that makes it impossible for the great unwashed to stick their hands where they don’t belong.

This clarifies much. Important as what any of the things that this bill did or did not do may be, they do not matter to our future as much as does the mode of government which it represents. There is simply no way to pretend that we have any say in how we are governed, that America is a free democratic country, so long as laws are written in the dark of night, consist of thousands of pages, are voted by people who have not read them and whom the voters cannot hold accountable.

Consequently, the threshold test of legitimacy for any person in public life should be what he or she is willing to do to return America to open, responsible government. True as it is that Senate majority leader Harry Reid has done much to institutionalize today’s opaque, irresponsible way of governing, it is just as true that the Republican leaders’ protestations of nostalgia for “regular order” have been pro forma. They are just as happy as Democrats with being accountable chiefly to lobbyists and even more interested in marginalizing conservative grass roots voters.

It is an open question – and an irrelevant one – whether Democrats or Republicans were the more responsible for excluding from this “omnibus” bill a proposal to prevent the Internal Revenue Service from harassing conservative groups ahead of the 2014 elections as it did prior to the elections of 2012. The harassing will not stop, and no one can know who trashed the proposal to stop it, because because both parties share a partisan interest in its continuation.

Whether we call what now rules America a “uniparty” or a “grand coalition,” we can foresee its effects by looking at Europe, where this mode of distancing government from voters has been practiced for some time. Simply, citizens turn their sullen backs on it. As establishment parties draw closer to one another to stave off legitimate opposition, government and public order themselves lose legitimacy. In Europe, revolution remains the only alternative to bad government.

In America, the law of supply and demand, working in politics as it does in economics, should offer another solution. While the Republican and Democratic bosses vie for primacy as representatives of the government and of its hangers-on, the polls show that a majority of Americans want to be protected from government. This should be incentive enough to call forth a legitimate opposition to government.

America is fortunate because here, by contrast with Europe, the finest guideline for opposition to oppressive government, the best-ever charter of liberty, is the Constitution itself. Here, nothing would be more fatal to the morbid pretensions of the Harry Reids, John Boehners, Barack Obamas, etc., more revolutionary, than strict adherence to the Constitution’s letter and spirit.

Originalism, Conservatives, and the Constitution

Ornery Lion of the Law