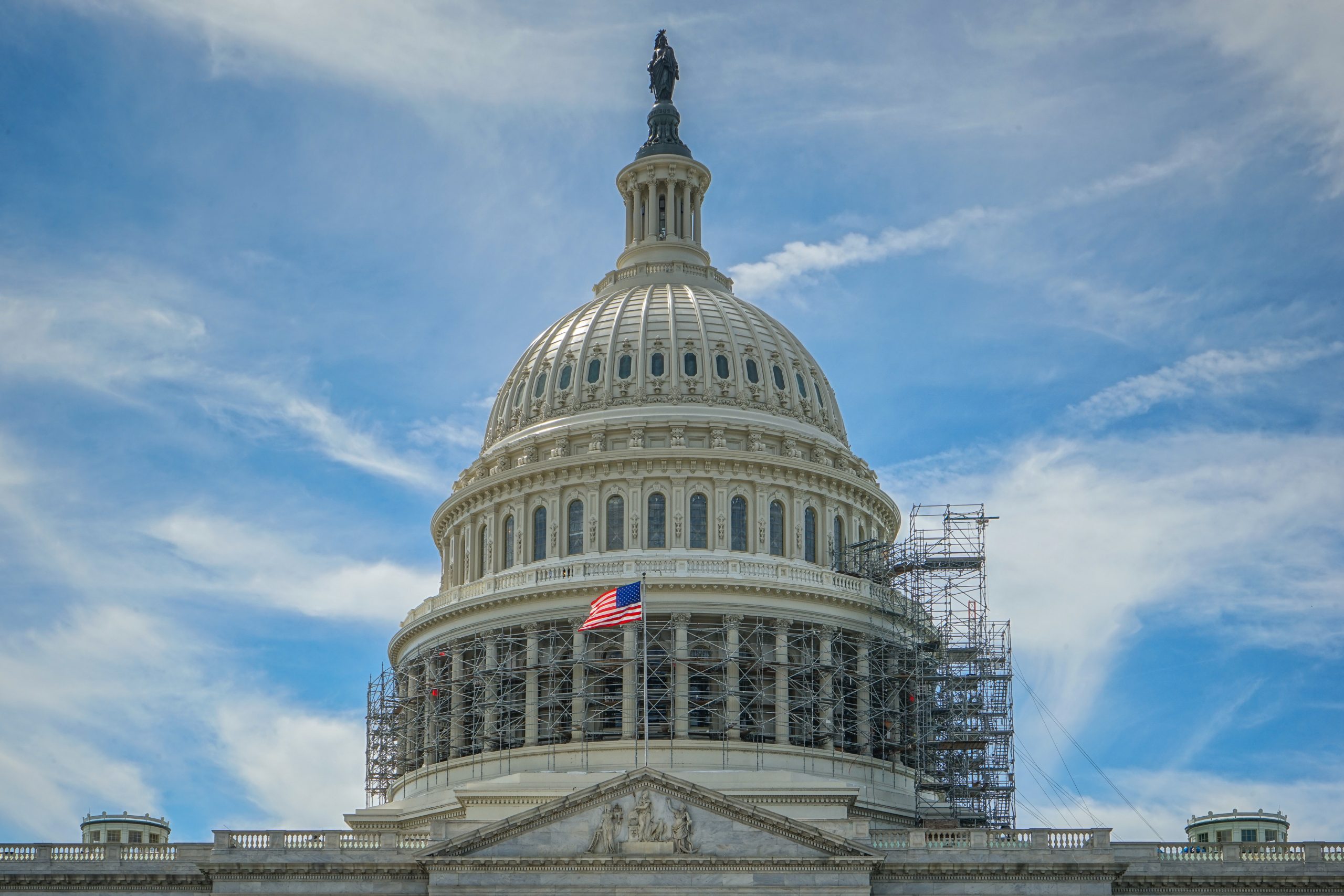 Regardless of where people are on the political spectrum, many Americans—in fact most—believe that something is gravely wrong with the political system today. According to a recent report from Pew Research Center, 55 percent of Americans are frustrated with the federal government. Similarly, popular trust in government is near historic lows. The Pew survey found that only 16 percent of Americans trust the government to do the right thing “most of the time.” A paltry 4 percent of respondents reported trusting the government to do the right thing “just about always.”

These findings reflect widespread anxiety over public policy at the federal level. Indeed, decisions made in Washington affect the daily lives of Americans across the country in ways unimaginable 230 years ago. But just as important as what the government decides to do is the process by which those decisions are made. Fueling popular distrust, cynicism, and disillusionment with the political system is the fact that most decisions these days are made by unaccountable bureaucrats or judges instead of by the people themselves in voluntary association or by their elected representatives at the federal, state, or local levels.

Policy reform ideas, in other words, are not enough. The institutional foundation on which the political system rests, and which allows human liberty to flourish unencumbered by governmental coercion, must be restored. Unmoored from this foundation, the current trend toward ever-greater centralization of power in an unresponsive regulatory state under the nominal direction of the President will continue.

This is not a new challenge. The country has confronted it before. When the delegates to the Constitutional Convention assembled in Philadelphia during the summer of 1787, the success of the American experiment in self-government was in doubt. George Washington captured the prevailing sentiment well in a letter to James Madison the previous November. “Without some alteration in our political creed,” wrote Washington, “the superstructure we have been seven years raising at the expense of much blood and treasure, must fall. We are fast verging to anarchy & confusion!”

The delegates feared that if they did not find a way to reverse that trajectory, the new nation would meet the fate of every single previous effort to establish a republican government. That is, they feared that the government would become tyrannical.

In Federalist 47, Madison defined tyrannical government: “the accumulation of all powers, legislative, executive, and judiciary, in the same hands, whether of one, a few, or many, and whether hereditary, self appointed, or elective.” His and the other Framers’ solution to this problem—their method of preventing tyranny—was the Constitution.

Whether or not it would work was an open question. They believed the Constitution would succeed where all other efforts before it had failed because they benefited in their deliberations from what Alexander Hamilton, in Federalist 9, called improvements in the “science of politics.” As he explained,

The efficacy of various principles is now well understood, which were either not known at all, or imperfectly known to the ancients. The regular distribution of power into distinct departments; the introduction of legislative balances and checks; the institution of courts composed of judges, holding their offices during good behavior; the representation of the people in the legislature, by deputies of their own election; these are either wholly new discoveries, or have made their principal progress towards perfection in modern times.

These features were absolutely critical to making the Constitution work. The experiment in self-government would fail without such institutions as an independent judiciary and regular elections. In Hamilton’s words, “They are means, and powerful means, by which the excellences of republican government may be retained, and its imperfections lessened or avoided.”

The importance of this institutional foundation has become more apparent in recent years as the various principles of government identified by Hamilton have begun to break down. Reversing this trend requires a comprehensive focus on all of the elements recognized by the Framers as critical to the longevity of the American regime. But unfortunately, recent efforts to go back to the basics have been narrow, by which I mean almost solely focused on the judiciary.

Consider the reaction to a recent decision by the U.S. Court of Appeals for the Fourth Circuit. The court, in International Refugee Assistance Project v. Trump, affirmed a lower court’s nationwide injunction blocking enforcement of the President’s travel ban. The decision has rightly been criticized for defying Supreme Court precedent and for substituting judicial supremacy for the separation of powers.

The remedy for these infractions is seen, by some, solely through a judicial lens—this despite the fact that the problem has arisen in that very branch of government. Advocates among the legal intellectuals, and in government, reflexively understand the solution to be the Supreme Court. The Trump administration would like the Court to restore balance to the constitutional system by issuing an emergency stay of the lower court’s injunction, if not outright declaring it unconstitutional. The administration is likely to seek such an order while it continues to defend the executive order in court in the coming months.

In taking this approach, the chief executive is not unique—solutions to problems like executive overreach and the declining role of Congress are also frequently understood in judicial terms. Congress, too, has increasingly turned to the courts in the face of executive encroachment, to defend its constitutional power of the purse and its ability to make law.

Restoring the Constitution’s institutional foundation, though, requires that all branches take an active part. Congress, the executive, and the judiciary must each act to defend its institutional role against encroachments into its sphere by the others.

For starters, Congress must reassert its Article I authority vis-à-vis the President and the courts. Lawmakers must summon the institutional will to employ their considerable powers in defense of their primary role in making policy. Armed with the determination to act, Congress can conduct rigorous oversight of the administration to ensure that the laws it wrote are being faithfully executed. It can also use its power of the purse to prohibit the President from doing things it opposes.

The Senate in particular can, through the confirmation process, play a more vigorous role in ensuring that the judicial branch is staffed by people committed to the rule of law and upholding the Constitution rather than to an abstract ideological creed.

Congress should also take steps to rein in the current judiciary when it oversteps the bounds clearly laid out in the Constitution. The House and Senate, acting together, can use their power over the district and appellate courts granted in Article III, section 1 of the Constitution to adjust how the judicial branch is structured and operates.

Congress can also use its authority under Article III, section 2 of the Constitution to restrict the jurisdiction of the Supreme Court in those areas where the justices have demonstrated a habit of usurping the authority of the other branches.

Finally, Congress should not take any of its constitutional powers off the table. In the most serious cases, it should utilize the impeachment power to remove from office officials in the executive and judicial branches who it determines have violated the Constitution. In the past, members of Congress have been reluctant to utter the “I” word out of fear that it would be seen as a radical step by the American people. But by ignoring unconstitutional acts out of electoral expediency, representatives and senators effectively elevate their own electoral fortunes over the Constitution they swore an oath to protect.

The judiciary is certainly an important guarantor of our liberties. But approaching all constitutional problems solely from the perspective of a judicial solution inhibits a deeper appreciation of the role played by the other institutions in the federal government on which the continued success of the constitutional Republic depends. Absent such an appreciation, the judiciary will continue to reign supreme and liberty will be in jeopardy.

Partisan disputes come and go, but the encouraging development was institutional: the House of Representatives stared down the presidency and won.

Until Congress restores itself to its proper place as a body worth of a free people, it will never rein in executive and judicial abuse.

We are settling into a lasting pattern of both parties in Congress assuming it is the courts’ job, not their own, to protect their institutional power.