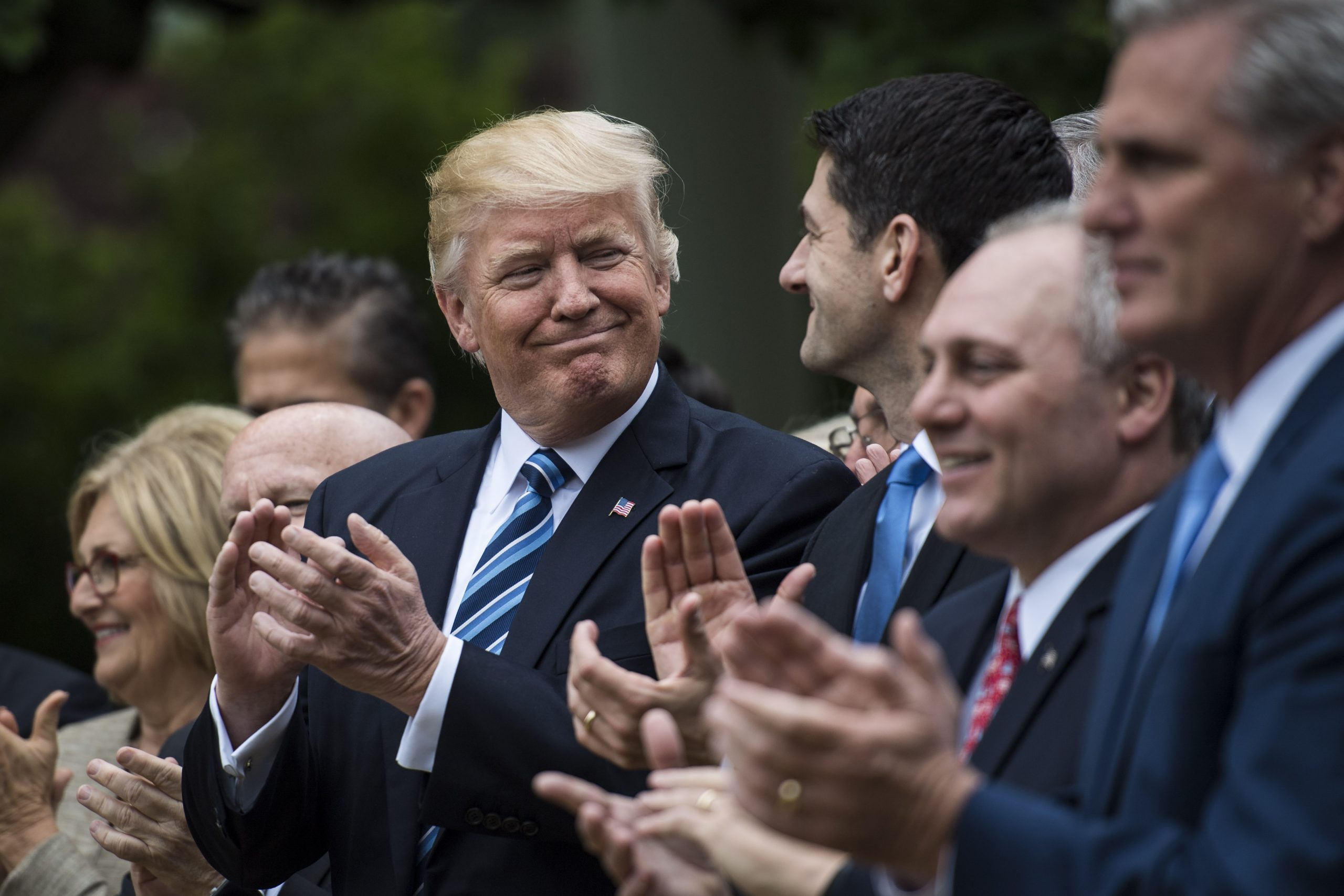 “[W]e expect he would work with Congress, as the Founders intended.”

Perhaps the clue was his use of “archaic” as a term of abuse. Is there some point at which we admit that whatever other virtues one may ascribe to it, this project of mass disruption is not conservative?

Take its latest iteration. Is there any serious person who thinks the slapdash manner in which the American Health Care Act was rammed through the House of Representatives was constitutionally or politically healthy? This process was devoid of hearings, opposition votes, and measurements of its cost or consequences. President Trump seemed equally clueless about much of the substance of the bill. In short, as Josh Blackman has noted, passage in the House of the AHCA can be impugned on precisely the same grounds for which Republicans pilloried Democrats in passing the Affordable Care Act in 2010.

The only evident reason for the bill’s hasty resurrection was to give President Trump a legislative victory within the artificial 100-day window.  But passage by a single Congressional chamber on day 105—for those keeping score—did not accomplish this feat. This was Trump’s “Mission Accomplished” moment, except for the part about accomplishing a mission.

Yet this much must be said for the passage of the bill: It was what the most ardent apologists for candidate Trump purported to want: disruption in the name of desperation. Things were said to be so out of control—the country such a “hellhole”—that the more wildly a wrecking ball was swung, the more decay it was likely to destroy.

The ball has been applied, and the wreckage of the AHCA is thus: Republicans walked a plank into waters populated by waiting sharks, and on their own reasoning less than a decade ago, the sharks have a point. Republicans have no clue what is in the bill they just passed. They do not know its costs. The President himself could not handle a 26-minute television segment that included the topic.  And since the Senate announced in advance that the bill was DOA, they walked the plank for—what? A mess of porridge? Porridge nourishes. This obtained all the vanishing sugary sweetness of an afternoon in the Rose Garden. Pyrrhus himself would recognize such a “victory” as imprudent.

This may be satisfying in some sense, at least to those who think in ever-shrinking news cycles. (One used to pine for politicians who thought about the next generation; one suddenly yearns for the good old days when they actually could see to the next election.)

American conservatism has always regarded conservation of the constitutional regime as paramount over transient policy questions, because of its transcendent importance and their confidence in their ability to prevail in a constitutionally fair—i.e., intellectually deliberate—fight. That would include placing Congress, the branch of government designed to be deliberate—and which, on its own devices, would have been neither inclined to nor capable of such a process as was concocted for the AHCA—in the driver’s seat of policy formation.

It would help, of course, if someone in Congress with more seniority than Senator Ben Sasse of Nebraska would provide the President with some constitutional guidance rather than wringing their hands in fear or lathering them in opportunism.  Nevertheless, the President, who demonstrates little familiarity with the working architecture of the document he swore to uphold, does not seem to share these constitutional commitments either philosophically or even—as his comments on FOX suggest—viscerally. (Just before those comments, he had gamely announced that his political philosophy was “common sense.”)

It is true that he appointed Justice Neil Gorsuch, for which he deserves abiding credit, and that his reportedly pending slate of lower-court nominees is excellent. It is also true that his constitutional philosophy is such that, like Odysseus to the mast, he had to lash himself to a list of jurists prepared by others because the commitments involved do not appear to be his own.

The problem is that judgeships are not the totality of his impact on the regime. President Trump’s constitutional footprint can also be made in other ways, including the abominable precedent of personal presidential tweeting, which inflames rather than resists public passions.   Compare the President’s rallies and tweets with Federalist 71’s conception of the Chief Magistrate’s duty:

When occasions present themselves, in which the interests of the people are at variance with their inclinations, it is the duty of the persons whom they have appointed, to be the guardians of those interests; to withstand the temporary delusion, in order to give them time and opportunity for more cool and sedate reflection.

A project to conserve this regime suggests a project of what Burke would call reform rather than reformation. In the Reflections, Burke suggested several criteria for political reform: changing in order to preserve, doing so only in response to a “great grievance,” “follow[ing] the example of our ancestors,” and “mak[ing] the reparation as nearly as possible in the style of the building.”

A politic caution, a guarded circumspection, a moral rather than a complexional timidity, were among the ruling principles of our forefathers in their most decided conduct. Not being illuminated with the light of which the gentlemen of France tell us they have got so abundant a share, they acted under a strong impression of the ignorance and fallibility of mankind.

These are important questions the panicked talk of a Flight 93 election—storm the cockpit or die—overlooked. The passengers are now in the pilot’s seat, and it increasingly looks like they had no flight plan other than the act of storming. That is, of course, disruptive. It is desperate. But it is not a strategy for conserving the aircraft.  Congressional governance, and its trappings of delay, cooling of the passions and refinement and enlargement of public opinion, would be a start.

The State of Classical Liberalism at Year’s End

The Bureaucracy’s Creep Against Life

This past Friday, the U.S. Department of Health and Human Services (HHS) postponed for a year (until August 2013) the effective date for an interim final rule (IFR) that would require many religious employers to cover under their health insurance plans preventive pregnancy services, from contraceptives to sterilization and “morning-after” pills.