The current battle over whether the 2013 Continuing Appropriations Resolution (CR) should de-fund Obamacare or not is the latest instance in which the CR mechanism is being used on behalf of a big government program the demise of which would be certain were Congress to play its Constitutional role by following its “regular order” as the keeper of the people’s purse – a role fundamental to democracy.

Herewith, a brief explanation of how new the CR system of funding the US government is, and how radically subversive of republican government. Important to America as Obamacare’s fate may be, the current battle’s stake is nothing less than whether the people can control government through their representatives or whether government can define its own scope and powers. 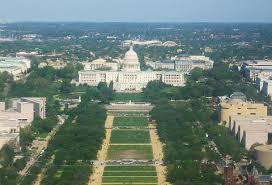 Since the Middle Ages, the first and most basic restraint on arbitrary government has been the people’s power to decide how much money the government will spend, and for what purposes. The US Constitution puts it this way: “No money shall be drawn from the Treasury but in consequence of Appropriations made by law” (Art. I sect.9). Nowadays however our bipartisan ruling class limits the Congress’ opportunity to approve, disapprove, or modify what the government does, to voting on “Continuing Appropriations Resolutions” – single, all-inclusive bills crafted behind closed doors. Then it cynically asks the people’s representatives: “will you agree to laws no one has read, to programs on the continuation of which you have not voted, and to regulations that haven’t been written yet, or will you shut down the government?” This turns democracy into a choice between tyranny and anarchy.

Until circa 1990, Americans had taken seriously the relationship between appropriations and democracy. House and Senate used to divide the Executive departments’ requests for funds and programs into multiple categories and sub-categories. Then many committees and subcommittees held hearings on each item, followed by “mark-up” sessions in which each would be modified and voted on. Thereafter, the full House and Senate would debate, amend, approve or disapprove them, one by one. This was “regular order” – more or less as described in civics books.

This changed at first gradually in the 1980s, when Democrats (and Republicans) who were resisting the Reagan Administration’s efforts to trim government figured out that individual appropriations bills delayed until the end of the fiscal year could be rolled together into “omnibus” bills. These could be advertised as merely “continuing” the current year’s programs and spending levels. In reality, these all-in-one bills 1) protected current programs from scrutiny, amendment, or repeal 2) were stuffed with new favors, programs, provisions and priorities that could not have survived an open process. Since 1989, the Congress has followed mostly “regular order” only twice: in 1995 and 1997. Not since 2000 have the people’s representatives voted and taken responsibility for each of the government’s activities. In this century, the US government has been funded exclusively by single, omnibus “Continuing Resolutions” (CRs).

This especially empowers Presidents and the interests aligned with him. So long as his allies control at least one house of Congress, they can make regular appropriations impossible, force the government to operate under CRs, and shape the CRs with the threat of a Presidential veto of any that contain items of which he disapproves. Then he can accuse those who insist on displeasing him with “shutting down the government,” without entering into the substantive merits of the programs at issue. Incidentally, CRs also empower governmental bureaucracies and their clients. Thus, they effectively transfer sovereignty from the people to the government.

Mere partisan politics neither created nor sustains government by CR. If one party were to favor government by CR while the other were to denounce and refuse to engage in it, and the American people had voted thus to cede control of government, they would have none but themselves to blame. In fact both parties are to blame for it, albeit unequally.

The Democratic Party’s leaders, supported by their voters, have used CRs forthrightly, believing as they do that government governs best when it governs most with the least interference from the public. By contrast, Republican leaders from the two Presidents Bush on down have collaborated in CRs as a way of supporting big-government programs while pretending to share the small-government preferences of Republican voters. The Democratic Party bids openly for the support of groups whose interests are tied to big government, while Republican leaders do so at the risk of losing their voters.

This explains our two parties’ behavior in the current battle over whether the 2013 CR should fund Obamacare or not. Democrats, from President Obama on down, say that they will neither sign for nor vote for, respectively, any CR that does not fund Obamacare. The Republican leadership went along with the Republican grass roots’ demand to vote for a CR that funds the entire government but not Obamacare.

But, and this tells the tale, while the Democrats unanimously accuse Republicans of thereby “shutting down the government,” the Republican leadership has been even louder in its accusation that the Republican grass roots elements who want to de-fund Obamacare are “shutting down the government.” Explaining this in terms of retail politics is straightforward: although Obamacare is unpopular with the electorate except for Democratic ideologues, it means money to the interest groups (insurance companies and the hospital lobby) courted by Republican leaders as much as by Democrats. Whether the Republican leadership’s attempt to distance itself from the entirety of its electorate is prudent or not is of passing interest.

More important is that the Republican leadership, by acquiescing in the practice of funding the government by Continuing Resolutions rather than by individual appropriations has emasculated the most virile means by which mankind has ever limited government.

More on the Equal Protection Clause and the Federal Government

Halbig and Obamacare: What We Have Learned (Part I)