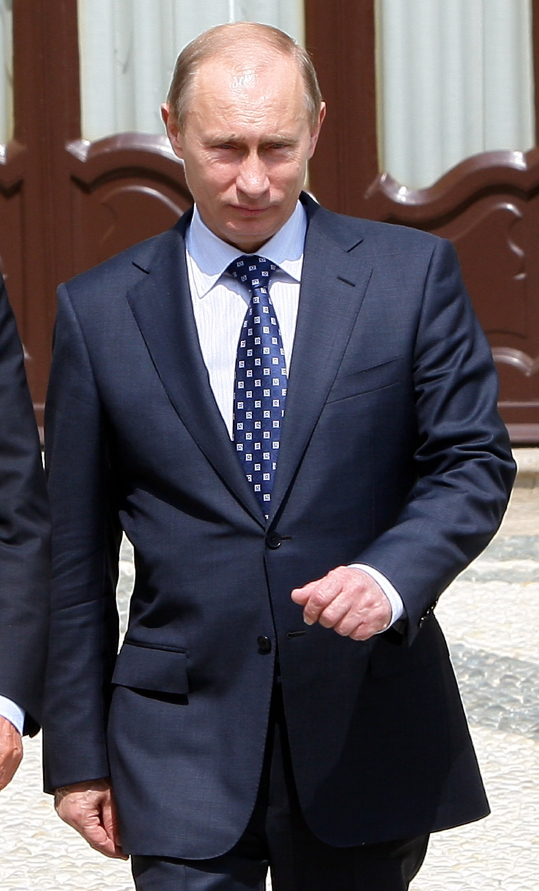 Vladimir Putin is playing for the highest geopolitical stakes. Can the U.S. government afford to do less? Regardless of whether Putin’s near term aim is to take a chunk or two out of Ukraine ­­—as he took chunks out of Georgia in 2008 —or just to stake out a bargaining position to make sure Russia can hold on to its Black Sea naval base after its lease expires in 2017, there is no doubt at all about his long term objective: to recapture trouble-making power over Ukraine, to use that trouble-making power to restore Ukraine as the crown jewel of the Russian Empire, then to squeeze the rest of the former Soviet empire back into Moscow’s fold, and then to overawe Europe.

Nor should there be any doubt about America’s timeless geopolitical interest: preventing any one power from overawing Europe. Since doing just that is Putin’s paramount foreign policy objective, thwarting his designs on Ukraine would require U.S. policy makers to deploy far stronger measures with clearer purpose than they have exhibited in some years.

Clarity of purpose is key. U.S. and European leaders’ emphasis on de-escalating military tensions in Ukraine neglect reality. Russia never considered trying to occupy Ukraine’s heartland. Its forces are too small, and too unreliable to try holding down a population in which virtually every household harbors bloody grudges for Russia’s killing of uncounted millions by starvation, deportations, and executions. Putin knows that the insurgency and counter-insurgency resulting from such an occupation would be far more serious than what happened in Chechnya and Afghanistan, and that it would endanger his regime at home.

Nor is Putin trying to unite the Eastern Ukraine to Russia, because doing so would preclude achieving his long-term objective of taking back all of that country politically. The departure of the East would leave a people composed almost exclusively of Ukrainian-speaking Catholics, unshakably oriented to the West, united, wholly foreign to Russia. In such a country, Russia would have no levers to pull.

After all, it was precisely to forestall the emergence of such a unit within the Soviet Union that Stalin originally drew Ukraine’s borders to include lots of Russians. Putin, more aware of what Stalin was after than some American enthusiasts of Ukraine’s “territorial integrity” seem to be, is not about to rid Ukraine of Russians whom he regards as valuable levers. In short, Putin’s strategy to re-absorb the whole of Ukraine is political. Keeping the eastern Ukraine‘s millions of Russians within the country’s borders is essential to that strategy.

Ukrainians serious about their independence might weigh insuring it by surrendering the Russian-ethnic majority eastern territory to Russia. Stability and unambiguous political orientation were indeed the result when the former Czechoslovakia divided itself.

The reality of today’s Ukraine is that Putin retains many levers. Ukraine’s people have chased out some – but not all – of the powerful among themselves who are beholden to Russia. Their continued presence, plus geography, dependence on Russian sources of energy and existing trade patterns, give Russia influence. Hence Russia’s military moves must be seen not as something to be stopped through arrangements that include concessions, but rather as Russia’s opening round in a long campaign to bolster its own pawns’ role in Ukraine.

Whether Russia seizes the Crimea or not is of secondary importance to this larger, more important campaign.

U.S. responses aimed at de-escalating what masquerades as a military crisis play into Putin’s hands. Especially harmful are calls for the beleaguered Ukrainians to exercise what Obama calls “restraint” and to negotiate some settlement with Russia. President Obama’s empty threats of diplomatic exclusion only increase Putin’s contempt for America. Keeping the long-term geopolitical stakes in mind, U.S. policy would do well to ignore saber rattling, focusing instead on curtailing any and all of Putin’s opportunities to interfere in Ukraine over the long term. That means regarding the struggle over Ukraine as a wake up call to treat the Putin regime for what it is, an enemy of the United States.

Treating the Putin regime as an enemy would involve cutting its sources of foreign exchange by the U.S. initiating its own antitrust prosecution of his regime’s cash-cow, Gazprom, freezing all Russian accounts in U.S. banks (thereby forcing the world’s banks to choose between dealing with Russians or with the U.S. financial system), as well as forcing foreign countries to choose between allowing Russia’s liquefied gas ships to their ports, and doing business with the U.S.

Serious economic sanctions against the Putin regime would include a full-court-press against its mainstays: the network of self-interested oligarchs who are Putin’s only real constituents. These men, who are all about money, could be moved only by the seizure of their assets virtually world-wide. Whereas in Soviet times the regime’s Nomenklatura fulfilled their lives in the empire’s best places with the best imported goods, the men who run today’s Russia live unimaginably luxurious lives almost everywhere but in Russia. Being restricted to their native land would feel like prison.

But doing such things would require nothing less than the joint action of countries big and small on all continents. There is really one and only one way to achieve that: namely for the United States, after consultation with major allies, to announce secondary sanctions on this new Nomenklatura’s travel and finances. That would mean that the U.S. would freeze the funds and exclude all citizens of nations that allow the named Russians to travel or to access their money.

There is no way to minimize how serious, how disruptive, how resented such steps would be – or indeed any measures commensurate with the difficulty of the task. On the other hand Obama, as did George.W. Bush when Putin invaded Georgia, is in the process of acceding to Russia’s re-constitution of its empire. The geopolitical stakes are impossible to minimize. Sometimes, hard choices have to be faced for what they are.

From a Parliament to Proconsuls

No Vacation from History