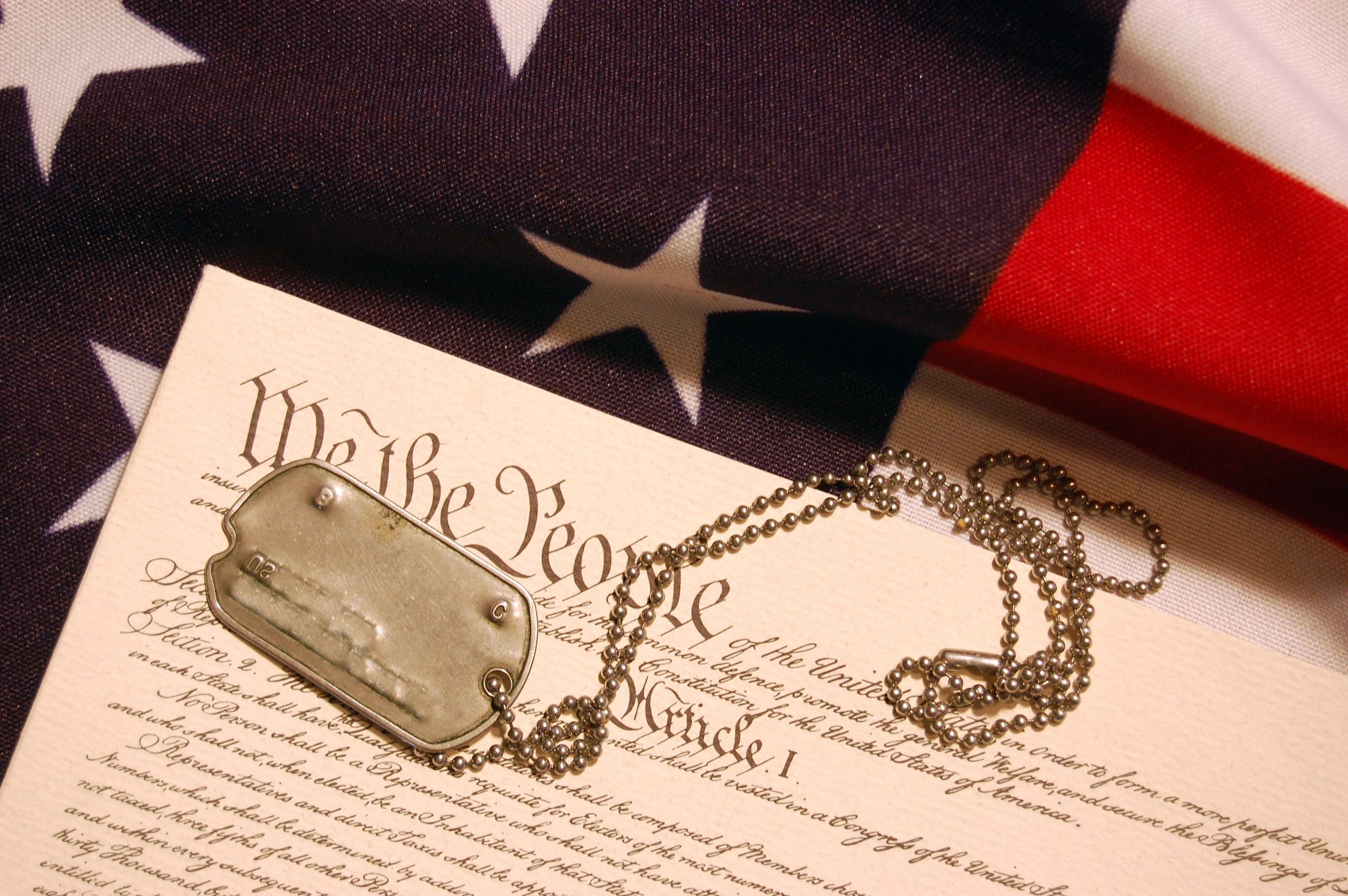 President Obama told the nation that he, on his own presidential authority, has committed the American people to actions in the Middle East that common sense calls war. But he did not call it war. He directed those actions against persons who call themselves Islamic but who he said were not Islamic, who rule a state with the (often enthusiastic) consent of its people but who Obama said were not a state. He said that allies largely would carry this campaign’s weight. But the countries he mentioned have made clear that they will do no such thing. This makes no sense, and augurs further disasters abroad.

The U.S. Constitution is unequivocal: Congress alone is to decide whether Americans will wage war. Our own disregard of the Constitution harms our body politic more profoundly than anything any foreigner might do. This constitutional provision exists in part to make sure that, when we Americans make war, we do so with clear ideas of what we are doing – to achieve what, against whom, and how; and that the officials who authorize doing it take responsibility for doing it by voting on a specific text.

President Obama’s speech of September 10, 2014 – its semi-commitments, its self-contradictory evasion of all the essential questions – mirrors the rest of our bipartisan ruling class’s flight from responsibility. Senators, Congressmen, and pundits commented on Obama’s speech as if it were a real, legitimate plan made for the good of the American people, which it is not, rather than the domestic political triangulation that it is.

Senators Ted Cruz and Rand Paul came closer than anyone in authority to a responsible reaction by calling for the President to ask Congress for a declaration of war, by which Congress can debate and decide against whom to do what to achieve what and how. Good. But Obama won’t ask. The Senate’s Democratic leadership, and the House’s Republican leadership – equally of the ruling class – will not fulfill the duties of members of Congress to introduce war resolutions. If Congress is to undertake its constitutional charge to clarify and to decide about war, it will be because Cruz and Paul join to introduce a war-resolution.

Herewith, the questions that Obama has ignored and on which a war-resolution would have to pronounce itself, followed by a rough draft of what it might look like.

Why are we fighting the Islamic State? Obama said that we had not detected the Islamic State’s “specific plotting against our homeland” but that it had “threatened America and posed a threat to our allies in the region. Does not knifing off the heads of Americans and inciting others to do the same lead us to take the threat seriously? Should we care more about the Islamic State’s threats to the Saudis, etc. than they do? He so implies without explaining.

What do we mean to achieve by fighting the nasty people of Islamic State? Obama said that we do it to “stand with people who fight for their own freedom… [to] rally other nations on behalf of our common security and common humanity…to use force against anyone who threatens America’s core interests… to address broader challenges to international order.” But what if the people of the region are not of the same mind as Obama?

This gauzy altruism is not a case for reasonable persons to expose themselves to mosquito bites, much less terrorist knives and bombs. What is that case? If it were a good case, would any U.S. objective make sense, would there be any other definition of victory, any other reason for taking the trouble to fight, other than eliminating the Islamic State from this planet – killing anybody who ever trafficked with it and discrediting forever its Islamist ideology?

Do we have a plan for success? Obama said that, in addition to the very limited air strikes that we have been carrying out, “we will also support Iraq’s efforts to stand up National Guard units to help Sunni communities secure their own freedom from the Islamic State’s control. Across the border, in Syria, we have ramped up our military assistance to the Syrian opposition.” But, “We cannot do for Iraqis what they must do for themselves, nor can we take the place of Arab partners in securing their region.” He promised “to mobilize partners wherever possible to address broader challenges to international order.” However, this is an account of what the U.S. has been doing and, apparently, will continue doing while the Islamic State continues to grow its power. Obama also provides his apologia for what is likely to happen when the “allies” continue doing what they have been doing as the Islamic State has risen. This, in short, is the opposite of a plan for success.

In fact, Obama’s plan for success is purely domestic and political: having put forth a pretend-plan that is supposed to take more years to unfold than are left in the next two electoral cycles or in his presidency, he and his party (and Republicans as well) can deflect questions about what is to be done about the growing numbers of people who are taking up killing Americans as their pastime by telling us that the “strategy” must be given time to work. Important people are in charge.

Common sense and the Constitution, however, demand that questions of war and peace be decided by votes in Congress. The following is a draft of a declaration of war such as the Congress may accept, reject, or modify – but above all on which it should be required to vote.

“JOINT RESOLUTION Declaring that a state of war exists between the Islamic State, currently existing in the territories of the former Syria and the former Iraq, and the Government and the people of the United States and making provisions to prosecute the same.

And whereas the government, armed forces, and various adherents of the Islamic State have threatened to raise their flag over the territory of the United States:

That war will include but not be limited to the following:

.The United States will permit none of it citizens to have any commercial relations with persons or entities in territory controlled by the Islamic State and,

.The United States will accept the surrender only of persons in uniform and possessing proper military credentials. It will consider all others who may come into the purview of its armed forces to be unlawful combatants and will deal with them summarily according to international law.

.The United States will consider that a state of war will exist between itself and the government of any nation that the United States judges willfully to have aided the Islamic State in the course of this war.

.The objective of this war is to establish peace for the United States by killing as many people as possible who identify with the Islamic State and its objectives, and to secure peace in the future by proving what disaster will befall whoever threatens it;

and, to bring the conflict to a successful termination, all the resources of the country are hereby pledged by the Congress of the United States.”

Shall we Americans be serious, or shall our lack of seriousness disguised as sophistication, continue to make us magnets for violence?

The Perverse Effects of the “All Comers” Requirement

The Fog of Constitution-making

No People? No Constitution!

Preserving good government depends upon a people’s ability to demonstrate the character appropriate to the task—and ours is in question.

To Keep America Will Be to Keep Its Balance