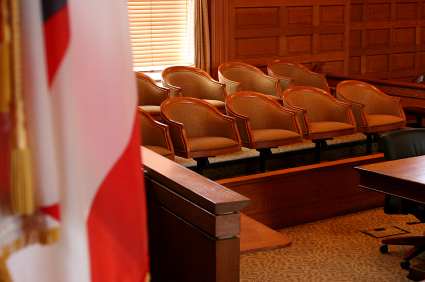 To be sure, despite its apparent justification, there is little to celebrate in the decision not to indict Officer Wilson. Whether his actions were warranted has probably forever vanished into a fog of mixed evidence and ambiguous testimony. The profound culture of mistrust between African-Americans and police in Ferguson—as elsewhere—reflects a deep and continuing racial divide that cannot be wished or refuted away. Frustrations so deep generally do not arise from nothing.

But those who would stand the purpose of grand juries on their head—transforming them from a device meant to protect defendants to one intended to indulge the public—might do well to ask how far they want that principle to apply. Demonstrators carrying signs in the street demanding an indictment, chants insisting on the same: Do those protesting that justice is unequally administered really want it broadly administered in this way? Is that likely to vindicate the rights of those for whom they speak?

Dana Milbank of The Washington Post says prosecutor Bob McCulloch should simply have allowed “the justice system to run its course,” asking for an indictment even if prosecutors “might well have come up empty” in a jury trial. The results of a not-guilty verdict, he suggests, would have been easier to accept than the decision not to indict.

But the grand jury is an essential part of the course of justice, and its purpose is not to satiate public appetites or satisfy public skepticism. It is to protect defendants, to open another safety valve for the accused.

“So tender is the law of England of the lives of the subjects,” Blackstone explains, that two juries—one petit, one grand—must concur on a defendant’s culpability. The Fifth Amendment thus places the right to a grand jury proceeding alongside double jeopardy and self-incrimination as sacred protections of defendants, not rights of the public. Justice Story, in his Commentaries, says the grand jury is “a great security to the citizens against vindictive prosecutions, either by the government, or by political partisans, or by private enemies.” What Milbank describes, by contrast, would be a jury trial as show trial in the literal sense of the term: one staged not to find truth but to make a political point.

It is certainly true that obtaining grand jury indictments is no trick for the determined prosecutor. It may be true that McCulloch obtains them with ample ease in other cases. But that would seem to be the very sort of problem those protesting unequal justice ought to want to confront, not exploit.

That McCulloch, whose father was a police officer killed in the line of duty, has never obtained an indictment against a police officer in a case like this does indeed raise questions. But this case was brought against Darren Wilson, not the police as a phenomenon, and no one has suggested the evidence against Wilson was sufficiently clear (the grand jury’s standard is “true”) to warrant exposing the officer—or, equally important, others so situated, which is to say others who are the targets of public outrage—to the costs and hazards of a trial. If McCulloch presented the cautious case for indicting Wilson, the question ought to be why he does not do so for others in the crosshairs.

The alternative is to see the grand jury as what the protestors would have it become: a political rather than a legal device, one according to which individuals are indicted, or not, based on the level of public outrage their cases stoke. If the protestors are correct about the level of racial dysfunction in society, this portends poorly for those they seek to protect.

What, then, of Michael Brown? The shooting deaths of 18-year-olds are tragedies tout court, whether their hands are raised in a posture of self-defense, as Brown’s supporters maintain, or in one of attack, as Officer Wilson contends. There is, again, little to celebrate in the decision not to indict, save for the grand jury’s forbearance under immense pressure. But there would have been no cause for rejoicing, either, in the rioters recently raging in protest instead celebrating, in the same streets, an indictment that would have plainly been returned under pressure.

Their suggestion—and it is not theirs alone; it pervades political discourse on both sides—that victims are somehow “due” justice in the form of punishments of those they accuse is as perilous as it is seductive. There is a reason prosecutions are styled “the people,” not the victim personally, versus the defendant.

To conceive of prosecutions as the justice due victims risks shifting rights from those still entitled to hold them—the accused—to those whose essential relevant right, which was not to be victimized, has already been irrevocably denied. It is a moral certainty that the rush to dispense this supposed entitlement to another’s punishment will eventuate in unjust convictions, because this conception extinguishes the objectivity of the justice system, whose duty becomes not to judge but to convict.

That system stands accused of unjustly swallowing up the lives of enough young men. This is a recipe for it consuming more. That does no justice, as if justice can be retrospectively done, to the tragedy that unfolded in Ferguson.

Extortion on the Docket

The “Law of the Land” Clause of Magna Carta, the Supremacy Clause, and Judicial Review