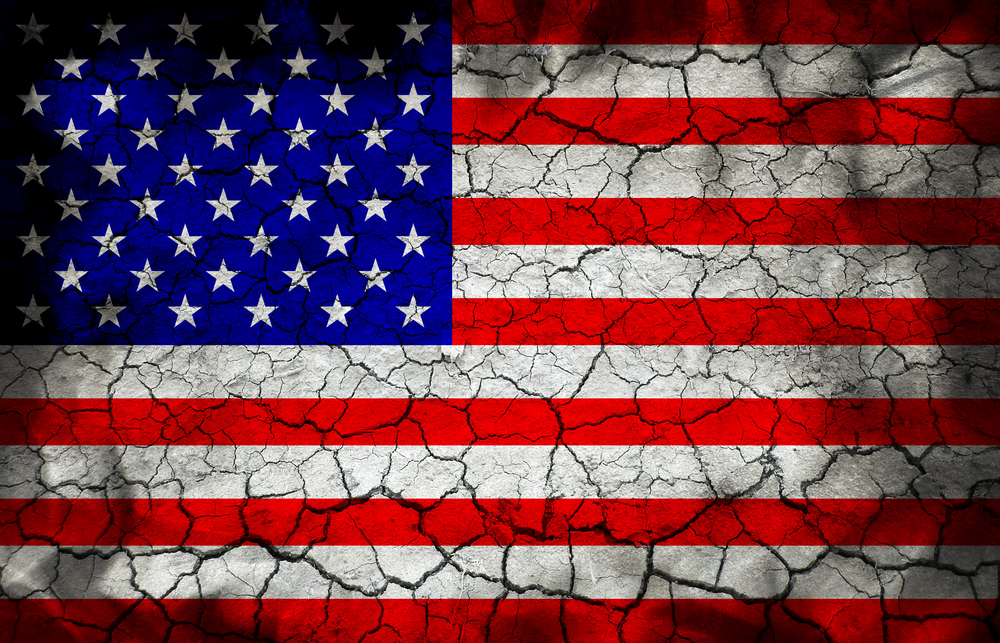 It looks like the basis for a religious war. Then it gets even bleaker.

Only 34 percent of weekly church attendees and married persons supported Mr. Obama, with majorities of the unchurched and single women approving the job he was doing as President. The division becomes even more dramatic when one looks at race, with African Americans supporting him by 82 percent and Hispanics by 53 percent, and whites by only 30 percent.

Another very large poll of 10,000 by the Pew Research Center, analyzed in its Political Polarization in the American Public, registers an even deeper division by looking where people live and how that is related to what they think. Liberals told the pollsters that in choosing a place to live, they prefer a place with ethnic and racial diversity. Substantial majorities of liberals even prefer a place where houses are smaller and stores are near. Taking only the most liberal Americans, three-fourths say proximity to art museums and theaters is important in deciding where to live. Large percentages of conservatives prefer to live where houses are larger and facilities are further away. Conservative majorities say that living near people who share their religious faith is an important feature in deciding where to purchase a home. Liberals and conservatives alike say it is important to live where people share their political views.

The country is divided but what journalist Ben Domenech calls the “governing cartel” in politics and the media demands a single national solution to every problem. Barack Obama aimed at a “transformational” program like Franklin Roosevelt’s. But the country is much more divided today, and on deeper matters. And few think government bureaucracy works anymore. In his new book Citizenville, the former Democratic mayor of San Francisco and now Lieutenant Governor of California Gavin Newsom argues that “top-down, bureaucratic, hierarchical government [is] choking our democracy.” He adds: “We need to allow people to bypass government . . . to look to themselves for solving problems rather than asking the government to do things for them.”

Notwithstanding the partisan differences just described, something is going on today even among Democrats.

Having one solution for healthcare, the environment, education, job-creation and the rest just does not work given the complex technology of modern times, Newsome argues, sounding much like the free-market economist F.A. Hayek. Of course, Newsome is correctly liberal on social policy but recognizing differences on those policies is even more critical since the Gallup and Pew data demonstrate that people are even more divided over moral issues. One party or the other can force economic and social changes for a while, but at the expense of further fragmentation of our divided citizenry.

From Woodrow Wilson’s Congressional Government in 1885, to James MacGregor Burns’ Deadlock of Democracy in 1963, to Thomas E. Mann’s It’s Even Worse than It Looks today, we see that Progressives put at the top of their priorities ending government “deadlock” and adopting a consensus policy. As Wilson taught intellectuals, the reason Progressivism was frustrated here more than in Europe was the American government’s separation of powers. The solution was to grant more rational power to the executive and his bureaucratic experts. A century later, with a progressive president forcing through a rewrite of one-sixth of the economy without legislators being able to read the health bill beforehand, and ruling, as he says, with “pen and phone” by Executive Order, not only has nirvana still not arrived, the President’s popularity has sunk to historic lows and the nation is more polarized than ever.

The Founders actually had the solution. There is a reason for the current deadlock. The Constitution set forth that the national government would only do a few things, as outlined in Article I, Section 8 and the Tenth Amendment, and that the states and people do the rest. The fact that the nation is divided but that folks with different views tend to congregate together demonstrates the continuing relevance of the Founders’ construction. The Progressives from Wilson to today had it completely backwards. Rather than overriding the Constitutional separation of powers, the solution is to respect them by devolving programs and responsibility to the lowest levels, the federalist ones Alexis de Tocqueville’s Democracy in America recognized as the secret to our success.

Americans have been far ahead of their elected leaders in finding ways around progressive centralization, partially by living near folks who agree with them. The politicians merely need to follow the Constitution and let people govern themselves locally with their neighbors to escape the failure of forced progressive uniformity.

Peace, Peace, When there is no Peace

Philip Hamburger’s German Connection, and Mine: Part I

Marshall v. Madison: Part II (To Say What the Law is)

Progressivism and the Historians

Progressivism is at war with human nature, and that war comes to sight most clearly in American history.