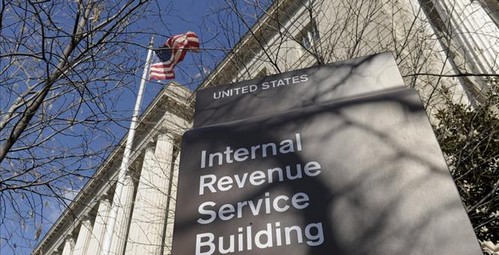 A Justice Department attorney casually remarked to Judicial Watch’s president Tom Fitton that the “Lois Lerner e-mails” that provide crucial evidence of the U.S. government’s effort to suppress conservative political activity probably survived efforts to destroy them because “the federal government backs up all computer records to ensure the continuity of government in event of a catastrophe.” This brings to public attention a highly classified, closely compartmentalized program, called “continuity of government” that the Reagan Administration instituted as part of its seriousness about the Cold War. Like so many others, this program has taken on a life of its own. Apparently, advances in data processing and storage have enabled the government to include the minutiae of government activities in this program – something outside its original scope.

The Justice Department attorney who mentioned “continuity of government” told Fitton “that retrieving the emails from Lerner…would be ‘too onerous’ – a legal burden that can exempt an agency from complying with FOIA requests.” This “onerousness” is bureaucratic ­­– due to the program’s extraordinary security classification — rather than technical.

The following makes no attempt to resolve this essential question. Rather, it casts light onto the origins of “continuity of government,” in which I was tangentially involved while on the staff of the Senate Intelligence Committee. It also mentions some public glimpses of how the program has evolved beyond its origins, and how its use or misuse might cast an unbecoming light on the federal government.

Circa 1980, the U.S. government gradually (albeit partially) awakened from a quarter-century-long, self-induced delusion that, while it would have to make lots of preparations for the day on which it might “push the button” of nuclear war, it would not have to make any preparations for the day after because nuclear war would be the end of the world. Never was there the slightest scientific basis for this. Furthermore, there was never any doubt that the Soviet Union was making all the plans it could to fight, survive, and win a nuclear war. But faith in Mutually Assured Destruction (MAD) offered U.S. officials the twin comforts of posturing as “more horrified than thou” about nuclear war and of abdication of responsibility concerning it. By the late Carter administration and into the Reagan administration, however, the fact that Soviet strategic weaponry was designed specifically to kill weapons rather than populations forced officials to confront the fact that, almost certainly, they would survive to face life on “the day after.”

In late 1982, President Reagan ordered that plans be made for the federal government to survive a nuclear war. The “continuity of government” project grew quickly as federal agencies and contractors scrambled to get in. New “undisclosed locations” for relocating government functions were established, furnished, and connected with secure communications. Data was duplicated and plans were made to move officials.

The plans were highly classified to prevent the enemy from knowing where else to target the government, but also because the very notion that Reagan was preparing for war increased his vulnerability to the then-standard charge that he was a warmonger.

“Continuity of government” was inherently controversial because the government was providing for its own safety while making zero provisions for America’s survival. That is because the government’s awakening from the illusion of deterrence based on MAD was only partial. Acknowledgment that the Soviets had built shelters for civilians, factory workers, and even for agricultural products – and that they had built their own anti-missile defense as best their technology allowed – did not dent the high-level bipartisan consensus that our government would do no such thing here. Not then, not since, has the U.S. government built a “civil defense” or an anti-missile defense. Nor does it have any intention of doing so.  Hence, the thought of bureaucrats snug and safe while the rest of Americans suffer is hidden away.

Recall how naturally hostile was the American people’s impression, on 9/11, of President George W. Bush flying safely above his country, as per “continuity of government” protocol, while Americans frantically streamed out of cities.

By the same token, the American people have taken note that post-9/11 “homeland security” provides for secure working spaces, armed bodyguards and traffic-stopping motorcades for more and more officials. More and more secrecy, more and more government activities have been made safe from terrorism. But for us, ”security” means being subjected to more and more arbitrary treatment by officials who are ever more remote and less and less accountable to us.

That is why the possibility that “Lois Lerner’s smoking gun e-mails” may be in the “continuity of government” archives (it is not certain that these archives automatically copy communications at that level) sets up an interesting test. Of course these records were not meant to be used to back up the ordinary workings of government. But if the government uses their security classification to shield its partisan abuse of the public, it will thereby tell the public that perhaps this government is now so corrupt that it no longer deserves continuity.

Trust Us, We’re the IRS