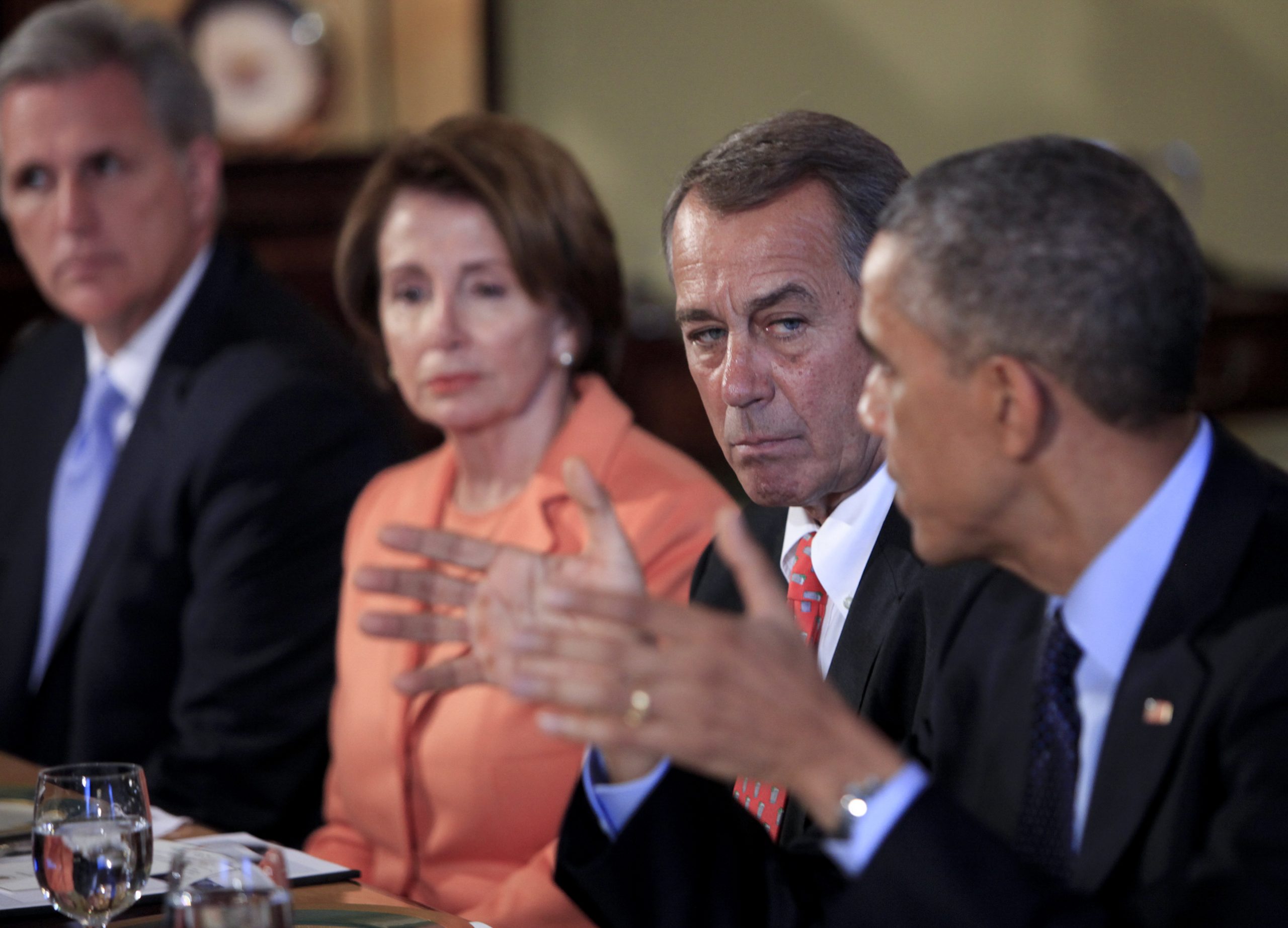 Far from marking the Republican Party’s rebirth, the elections of 2014 foretell the possibility that the law of supply and demand—which operates in politics as well as in economics—will kill it in 2016. That is because the Republican Establishment has no intention of meeting the American people’s pent-up demand, expressed so forcefully in the mid-term elections, to turn America away from the direction in which government, under both parties, has shoved it over the past generation.

The Republican Establishment, reading the results as a mandate to continue doing what it has been doing, will proceed as normal, and then be as challengeable as the Democrats in two years. The 2016 political marketplace will reward whoever promises to satisfy the voters’ continually unmet demands.

On election night, as the exit polls were showing that voters were rejecting President Obama and all his works, that they were dismissing politically correct accusations of a “war on women” as well as the use of the race card, that three-fourths of them wanted a change in the direction of the country, Karl Rove attributed the GOP wave to the efforts of Republican money men working through his political action committee to choose their kind of candidates.

The following day, David Brooks sharpened this point in the New York Times. The GOP secured victory, he said, because

serious parties eventually pull back from the fever swamps. . . . Groups like the Chamber of Commerce chased away or defeated renegade conservatives and opened the way for the triumph of this sort of institutional conservative. These candidates won in the general election because working-class voters will trust Republican corporate types so long as they are deeply embedded in their communities, so long as they have demonstrated loyalty to the whole society and not just the upper crust.

Rasmussen reported that 59 percent of likely voters “believe it is at least somewhat likely that most voters will be disappointed with Republicans in Congress before the 2016 elections.” Only 26 percent in that poll considered disappointment with this new crop of Republicans unlikely.

These figures give us a sense of the demand side of the political marketplace as we move toward the next presidential election.

The GOP cannot escape the consequences of failing to meet the demand. In the 50 states, Republicans hold 31 governorships and have majorities in 69 of the 99 legislative bodies. In Washington, Republicans will have the biggest majority in the House of Representatives since Herbert Hoover’s presidency as well as, almost certainly, 54 seats in the Senate.

Alas, the means available are far greater than the disposition to use them. Mitch McConnell of Kentucky, incoming majority leader of the Senate, started by promising that “there will be no government shutdowns”—meaning that Senate Republicans, unlikely to be able to override Obama’s vetoes, will have to accede to his priorities, just as happened before the mid-term election. In practice, it means that enough Establishment Republicans will join the Democrats in funding the administration’s initiatives while casting aspersions on those “fever swamp” Republicans who take their campaign promises seriously—again, acting just as they did before.

Likely the largest casus foederis will concern the transfer to the taxpayers of the losses that Obamacare is inflicting on the health-insurance industry. Since Obama already has embedded that transfer (unlawfully) in a Health and Human Services Department regulation, Congress could stop it only by refusing to fund it. Obama would certainly veto any bill that contained that refusal. Any number of “institutional conservative” Republicans—read, enablers of corporate welfare—are as beholden to the insurance companies as any Democrat is. They will be content with a show vote.

There will no doubt be lesser instances of this, and the cumulative effect of all will be to bring the expected disappointment in the Republican Party that Rasmussen measured.

There is a way for the GOP to obviate most such instances: they would have to resume making appropriations in the traditional manner. Dropping the recent practice of funding the government by single votes on budgets or by “continuing resolutions,” they could pass appropriations for individual programs and send them to the President individually, specifying that the funds must be spent only on X, or that they may not be spent on Y. By considering programs individually, they could  eliminate any program they wished, including Obamacare, simply by separating it from those being funded. They could legislate their own priorities, giving the President the choice of executing the law as passed, or “shutting down” that individual function of government.

Nowadays, when Americans speak to one another about our bipartisan rulers, they express sentiments that boil down to, “Who the hell do they think they are?” And so, by 2016, the political marketplace will beckon. Who will lead the American people in saying collectively what they say privately? Who will satisfy the electorate’s disgust with our bipartisan government-corporate ruling class?

The Constitutional Mandate of 2014

Welcome to the Party, Pal

There is clearly a market for what has come to be called “Trumpism,” but there are no stable institutions pushing for it.

A Tale of Two Democracies: Republicans and Democrats Between Aristotle and Locke

The Aristotelian argument for democracy relies on our deliberative capacity, that is, on our willingness to learn from one another.