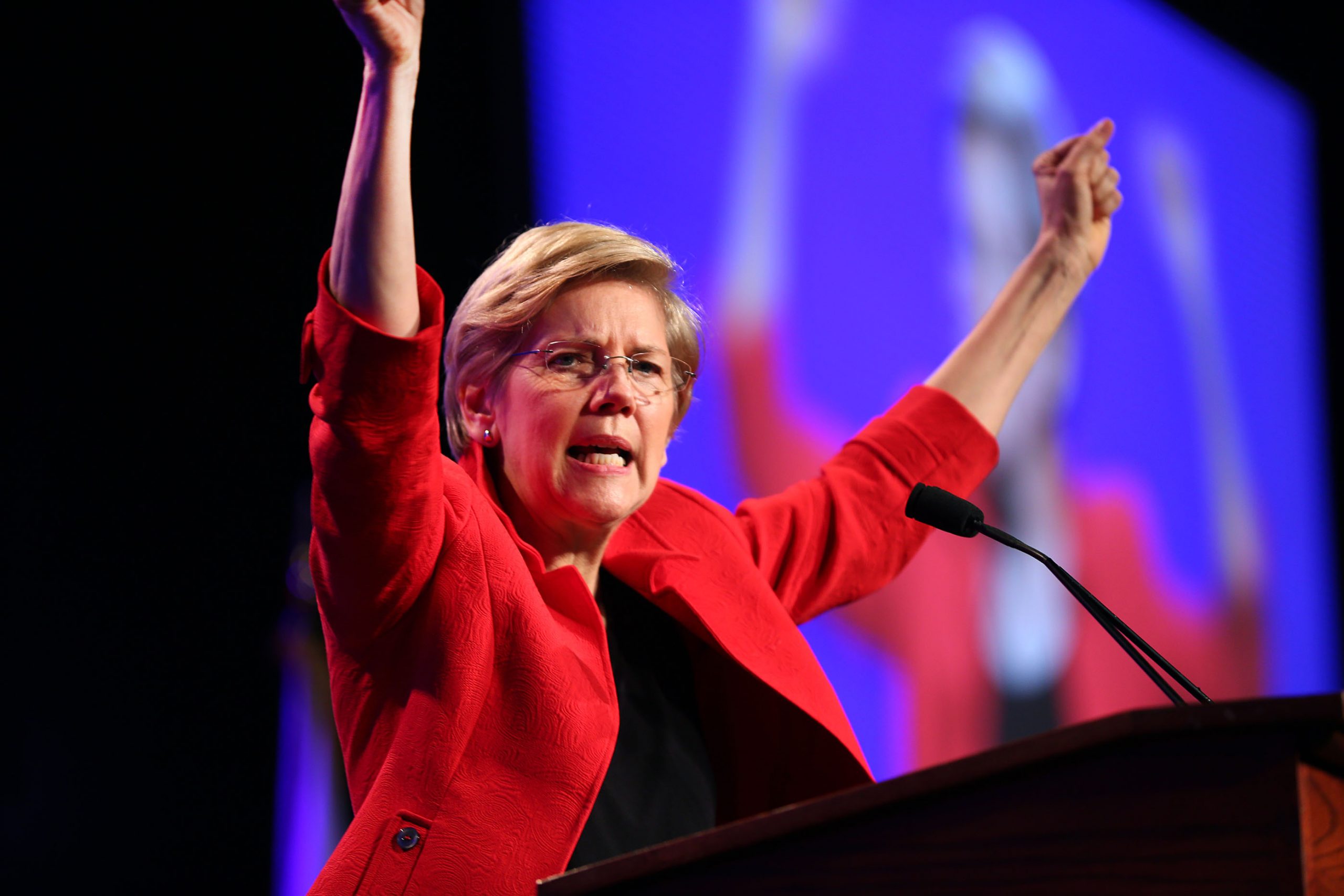 Over the weekend Elizabeth Warren, the Senator from Massachusetts and a former professor at Harvard Law School, outlined eleven propositions, dubbed by the National Journal as “eleven commandments” for progressives.  Warren is a very bright leader of today’s progressivism. Her propositions provide a window on the future trajectory of the Democratic party and its approach to law, three aspects of which seem particularly notable:

1.Opposition to crony capitalism. Warren wants government to make sure the banking system and Internet are run for the benefit of the people not big corporations.

2.Use of the regulatory system rather than tax system. Nowhere does Warren expressly call for higher taxes. But she does endorse a slew of regulatory interventions—a higher minimum wage, stronger protections for unions and “equal pay” provisions for women.

3. A relentless focus on equality.  In marriage, in pay, and in access to higher education and contraceptives paid for by the government.

If these are the tenets of future progressivism, friends of liberty need to sharpen their critique.

1. They need to co-opt the attack on crony capitalism. The bailout of the large banks under George W. Bush was the single most destructive blow to the ideals of free markets for decades.  It is important to take steps to make sure that is not necessary again. That means ending the bank of regime of too-big-to-fail financial institutions. Unfortunately, as Peter Wallison noted in yesterday’s Wall Street Journal, Dodd-Frank, a bill supported by Senator Warren, entrenches the too-big-to-fail regime more deeply and widely. Any repeal, however, must be accompanied by the removal of implicit guarantees to banks and the winding down of government agencies, like Fannie Mae and Freddie Mac, that encourage excessive borrowing.

2. Intrusive regulation is generally even worse than high taxation. The Nordic nations, with flexible labor markets and high taxes, have done better than European nations with somewhat lower taxes and inflexible labor markets. Flexible labor markets comport with the variety of human needs.  Young people need training that employers are more likely to provide at lower wages. They may also may want low skill jobs to support them as they work their way through college or pursue other dreams. Artificially increasing the costs of these jobs will make employers move faster to automation. Parents too may prefer part-time work that a bureaucratic equality regime will likely discourage. More generally, regulations like those needed to enforce an equal pay regime bring with them an army of bureaucrats to create uniformity that is inimical to the ever-shifting desires of a diverse citizenry.

3. As Steven Smith observes, equality is a negative, not a positive idea. It tells one not to discriminate, which in some circumstances may be a quite proper command, but it does not create any new goods, like a job or new technology.  The  relative inertness of equality is the Achilles’ heel of today’s progressivism.

Notably missing from Warren’s tenets is any concern with innovation and economic growth. One reason for their absence may be a growing pessimism among progressives about either their possibility or desirability. For example, growth is now often portrayed as a threat to equality or to the environment. But most people do not share the pessimism of many intellectuals—a pessimism that may be self-fulfilling.

Thus, the most important component of a revival of liberty is to instill confidence in future growth and  the capacity of  innovation to benefit all.  Such confidence undermines the kind of zero-sum agenda at the heart of Warren’s progressivism because it gives people reason to believe that the future can be more bountiful than the present.

Freedom and the Political Good: Some Preliminary Considerations

The Modern Constitution Empowers Redistribution, the Original One Not So Much

Pantagruel Comes for the Establishment Clause