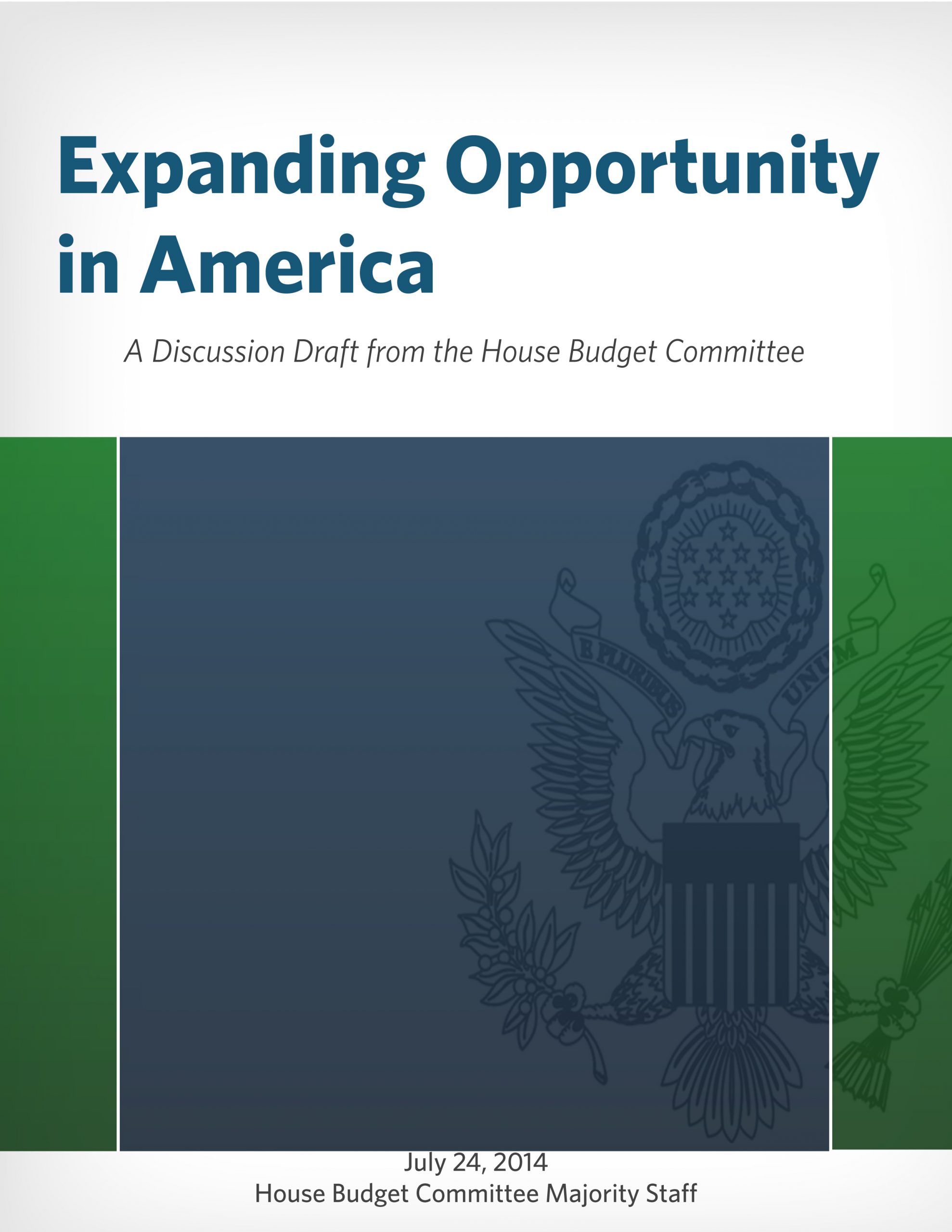 Poverty has many fathers, but its grandparent is scarcity. This is an inherent and ineradicable feature of the human condition—indeed of the natural world. Consequently, attempts to wage war on poverty as opposed to alleviating its symptoms will always become quagmires. It is thus regrettable that Paul Ryan has signed up for a new assault.

It is also unpleasant to say so, as Ryan is by all accounts thoughtful, sincere and compassionate in his concern about the poor. Most poverty warriors are. But a deep if benevolent utopianism underlies “Expanding Opportunity in America,” Ryan’s recent discussion paper on poverty policy.

The paper regrets the welfare state’s habit—which is in fact one of the few things the welfare state gets right—of treating the symptoms rather than the disease of poverty. Ryan defines the success of poverty programs not by the material status of their recipients but rather by the extent of those individuals’ “happiness.” And to achieve this, his plan would return to what Daniel Patrick Moynihan identified as the War on Poverty’s core mistake: the empowerment of service providers to manage the lives of the poor rather than the simple transfer of resources to alleviate their misery.

Here the utopian, as is often the case, verges on the Orwellian. Service providers in the employ of, or on the take from, the state “would work with families to design a customized life plan to provide a structured roadmap out of poverty,” including “at a minimum” a “contract” establishing “benchmarks for success” and “sanctions” for breaking it. The rationale is as follows: “Our current system of formulaic aid is focused on treating the symptoms of poverty. Case management, however, can see the potential in its clients and help them get out of poverty.”

Now, it need hardly be said that life plans are good things to have, especially if one is in poverty and needs to get out. But Ryan’s proposal partakes of the essential delusion of Progressivism, which is that if something is a good, the state should contrive to assure its provision. To be sure, Ryan’s service providers could be private—the requirement for choice among them would encourage that—but private entities on the public dole are not truly private for long.

Conservatives are not typically in the business of empowering officers of the state or their deputized private contractors to supervise the formulation of individuals’ “life plans”—with “sanctions” for swerving from them, no less. That the individuals concerned are poor is no apology for this condescension or for the extraordinary state power associated with it, not if—as is the case—Ryan wants to invoke the authority of Milton Friedman, one of whose aims in proposing the negative income tax was to treat the poor like adults.

Nor would the service-provider strategy be particularly effective so long as poverty is understood in its essence: material deprivation rather than an ethereal measure of “happiness.” Government can rather easily relieve the former but has no capacity to provide the latter. Moynihan, with trademark incisiveness, observed that what he called the “services strategy” of the War on Poverty probably had the ironic effect of redistributing income upward because it transferred tax revenue to middle-class social workers and other service providers of the sort Ryan’s plan would empower. Theodore J. Lowi pithily captured this change in strategy between the New Deal, which focused on the alleviation of poverty, and the Kennedy Administration, which was bent on its elimination: “Alleviation was for sissies.”

Yet alleviation is both attainable and affordable. Moynihan also once cited statistics showing that if one-third of the money spent on the War on Poverty had simply been given to the poor, there would have been no material deprivation in the United States. Thus an alternative, which Moynihan, then working for Richard M. Nixon, once championed and which has gained traction among many libertarians: a guaranteed income attached to work incentives, which could replace a vast and imperceptible array of market-distorting poverty programs. Such an approach encourages individuals to formulate life plans and allows reality to impose a morally acceptable range of consequences for failing to live up to them, but does so without the paternalism of hiring social workers to supervise them in the process.

Ryan’s plan is in many respects innovative and admirable. It aims at decentralization, even if, as Richard Reinsch shows, it misfires. It seeks competition. It demands evaluation. But there is also a sense in which it reflects the perspective of someone who has spent, as Ryan has, a career working in and around politics. It is merely the Progressive syllogism, draped in market robes, according to which that which is good—life plans, happiness, oatmeal cookies—should be supplied or guaranteed by the state.

More problematically, in the name of conservatism, it envisions the impossible: a nation without poverty and a society suffused with happiness. This is a new declaration of war, the apparent theory being that the problem with the War on Poverty was merely that its tactics were ill chosen: the wrong beach assaulted, the wrong materiel deployed. But it was the mission itself that was flawed. The generals, the cliché goes, always fight the last war. Ryan, regrettably, has enlisted in it.

Impeachment Won’t Stop the Debasement of Our Government

Is This Progressivism’s Last Gasp?

Rescuing the Bottom Billion From the Pope’s Peronist Economics

Equality versus Feeding the Hungry

It is simply too pat to point to bare economic inequality and decry it as necessarily unjust: pursuing equality can often harm growth.