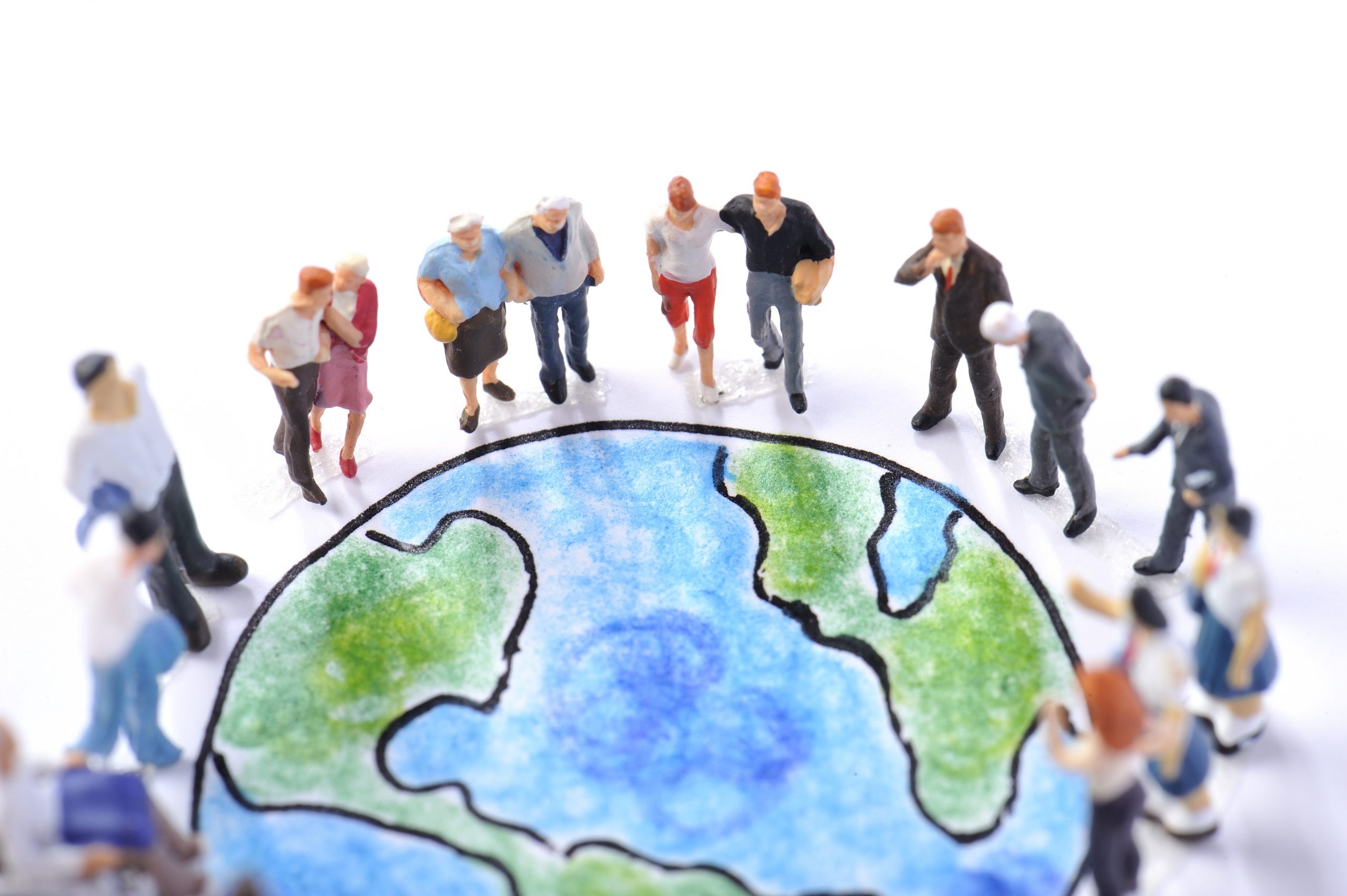 Who would argue with the Declaration of Independence’s claim that “all men are created equal”?

But one immediately runs into trouble. What about the Declaration limiting it to “men”? Are women equal? They did not have the right to vote at the beginning. Yet, Thomas Jefferson and the other Founders certainly believed women were morally equal and were covered under the generic term “men,” for mankind. Was that enough?

What about slaves—African Americans, in particular? Even Aristotle believed in natural inequality and slavery. As President Barack Obama noted at this year’s religious breakfast, Christian slave owners often quoted from the Bible to justify inequality. Indeed, Christians committed many “terrible deeds” against minorities “in the name of Christ.” Yet, as noted by columnist Eugene Robinson, Christians without an economic interest in slavery did not use the Bible that way, and those such as William Wilberforce, the abolitionists, and even Martin Luther King Jr. used the Christian idea of equality to justify stamping out the severe inequality of slavery.

Oxford and St. Andrews political philosopher Larry Siedentop has written a masterful tome to systematically investigate the roots of this idea we call “equality.” His Inventing the Individual: The Origins of Western Liberalism looks closely into various world civilizations, finding that the idea of individual equality did not exist until it slowly rose in Europe during the first millennium of the current era. Every civilization, including ancient Greece and Rome, vested what rights that were granted to collectives, predominately to the patriarchal family. Clearly, slaves had no rights but neither did women or resident aliens or, even for most property rights, younger sons.

The paterfamilias had all of the rights, which meant there was no equality. He exercised authority over an extended family as the owner of all its property and slaves. He was the spiritual leader of the clan, the only one allowed to maintain the sacred flame connecting the living to the ancestor spirits resting below his property, and to invoke their protection and good will. Even early cities were collections of powerful families, first heads of competing clans and later adding their family gods to a city of multiple gods, all contesting and sharing power. The new city was hierarchical and aristocratic, with a few patriarchal families dominating everything.

Siedentop finds no idea of individual equality anywhere in time or place until Paul of Tarsus, although he later gives Jesus some of the credit by placing the individual under God rather than the family (“Anyone who prefers father or mother to me is not worthy of me,” Matthew 10:37). Paul offered a revised notion of humanity shaped by a faith based upon love for all persons equally because Jesus loved and died for all equally.

This overturned the aristocratic assumption upon which all ancient thinking was based, that of natural inequality. Now, writes Siedentop, social roles “become secondary” to the individual conscience. As Paul put it: “There is neither Jew nor Greek for all are one in Jesus Christ.”

Underlying social roles is the individual “human capacity to think and choose.” Paul’s insights were further elaborated by early church fathers Justin Martyr, Irenaeus, Origen, and Tertullian, who developed this new synthesis of Greek and Jewish thought culminating in Augustine. In the real world of action, individualist conscience translated into martyrs and heroic church leaders like Anselm, who excommunicated an emperor and survived.

Even more surprisingly, Siedentop explicitly credits the reforming popes of the 10th and 11th centuries for institutionalizing individuality. Led by the Cluny, monastic abbots and popes—especially Gregory VII—translated the Christian sense of “a moral status (the soul) into a social role,” and this was the critical element in “the invention of the individual.” God’s law had to “apply to all equally. Hence it needed to be systematic.” So the development of church law required “the analysis of logical and textual inconsistencies,” and “fostering attempts at synthesis.” The accumulated laws of tradition had to be “tamed and reconciled with the moral intuitions generated by Christian beliefs.” For “if faith was the result of revelation and therefore ‘given,’ the task of reason was to explore it and try to understand it,” not to force a predetermined solution.

Canon law was the solution to tame a disorganized, post-Charlemagne Europe—to replace traditional Roman and German law with a rational law starting with the necessity of saving individual souls, especially substituting the need for intent rather than simply punishing failure to follow rules. For the first time, women were equally bound, for they had equally moral souls. The very rationality of the new, universal cannon law slowly won adherents as it kept forcing each claim to truth to be tested by increasingly well-trained theologians, and then philosophers, in new university settings all across Europe. Debate toughened a logic rooted in real-world issues of marriage, property, and inheritance decided by their separate courts.

“Consent and free will provided the basis for rules in each area” to apply to all equally, writes Siedentop. Betrothal replaced paterfamilias, contract rationalized tradition, and wills modified primogeniture. “The assumption of moral equality gave rise, in turn, to the claim to equal liberty. For if humans have an equal moral standing, then it follows that there must be an area in which their choices ought to be respected.”

The superiority of canon courts turned Europe to them rather than to traditional, baronial courts whose judgments were often based on “ordeals” by force or on historical prerogative. It occurred to kings that monarchical, secular courts could take allegiance from local barons, too. Sound law—now backed by power—could advance the nation-state as it did religion. What was instituted as a moral order by a relatively powerless clergy to save souls could be turned by state power into a guarantee of social justice in this world. So a canon law imposed by the moral authority of the church against state power in the earlier Middle Ages was adapted by the state to control, first, local power and then that of the church itself. Whereas Pope Gregory VII’s moral power could humble Henry IV to stand in the snow for three days in the 11th century, and Thomas a Becket’s murder could pressure Henry II to public penance in the 12th century, there were no such church victories after the 14th century.

Canon law had won the battle but lost the war to secular power.

Perversely, by humbling the church and winning the support of the realm by promoting nationalism, monarchy weakened itself. “Divine Right” kings became limited by their bureaucracies and then by commercial and manufacturing power, and were finally replaced by parliaments and mass political parties.

By the 20th century, the state was de-sacralized with Nazi, fascist and communist powers actually declaring war on individualism. World War II defeated the former and the fall of the Soviet Union the latter, apparently leaving Western democratic predominance and a generation of prosperity. Yet, by the early days of the second millennium, the democratic state was reeling from bureaucratic sclerosis, fettered markets, protracted wars, bankrupt states, declining populations, and no common conception of law. Rather than fixed individual rights beyond the reach of what secular courts could decide at any particular time, a flexible, positivist law was developed to adapt to circumstances. The idea was to base decisions on current opinion to assure popular support; but this produced the opposite effect in the divisive culture wars of the United States and other Western democracies.

The very idea of the individual became amorphous. Was a fetus human? Was assisted suicide acceptable? Were men and women different or precisely the same? Were human individuals the only ones with rights? The philosophical atheist Richard Dawkins led a movement to grant legal rights to Great Apes. A court case demanding rights for an orangutan in Argentina found that it was a “non-human person” with some rights, although the case was referred to a lower court without habeas corpus powers. In 2011, the animal rights group People for the Ethical Treatment of Animals filed a lawsuit against Seaworld, the marine park operator, alleging that five wild-captured orca whales were treated like slaves. A San Diego court dismissed the case but it was appealed.

In 2013, the Nonhuman Rights Project filed lawsuits in the state of New York to establish the “legal personhood” of four chimpanzees to be relocated to outdoor sanctuaries. While intermediate appellate courts rejected the group’s argument, it is appealing to a higher court. Why do intelligent apes not have rights over cognitively limited humans, anyway? They seem human in many ways. Apes and orca certainly have life. So do bees and maggots, and some even claim so for viruses. Why should they not have equal rights?

Keith Mano’s classic The Bridge: A Novel about the Last Man on Earth (1971) took this to its logical conclusion. Mano pictures a civil war between forces supporting equality for all, in a biologically indiscriminate sense, and those favoring Christian, libertarian individualism. The twist is that the former really believe in equality, for all life including plants and animals. Stepping on grass is an act of assault. The victorious secular government first grants humans only a liquid chemical nutrient that is fully consumed with no waste and laced with narcotics to keep them quiescent, allowing only hand signals, since even noise harms other life. Ultimately, the equality forces ban humans totally to rid the earth of their offensive breath that kills and injures germs and viruses.

Siedentop argues that the idea of equal rights for all human individuals uniquely can only be supported upon, or borrowed from, the moral assumptions of the West. Indeed, the “incarnation is the root of Christian egalitarianism” since it places God within human existence, granting a divine-based worth to individuals, with only inferior rights granted to those not made in His image. In his God, Locke, and Equality, Cambridge’s Jeremy Waldron even insists that nonreligious liberals who believe individual rights can be justified by John Locke are out of bounds since Locke’s supposedly secular conception of rights depends wholly on his assumption of a Judeo-Christian Creator. Even Thomas Jefferson rested natural rights upon the assumption of a Deist creation.

Can individual human equality and liberty survive when these assumptions do not?

The Most Influential Legal Organization

Natural Law and “This Court’s Authority”