Here and there I’ve noodled over the prospect that the U.S. might turn into Argentina. I did not mean it as a policy recommendation. 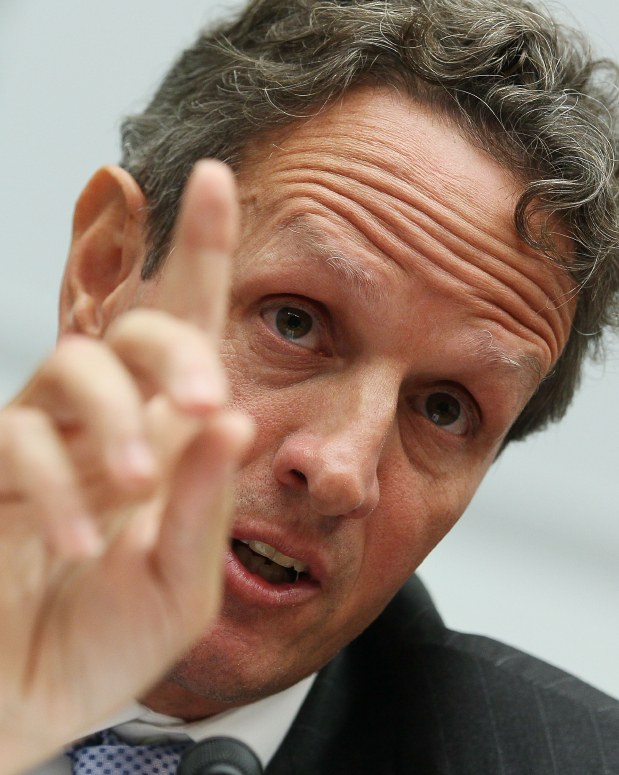 Comes news that in 2011, then-Secretary Timothy Geithner called Harold McGraw III, Chairman of Standard & Poor’s Ratings Services’ parent company, to warn him that the firm would be held “accountable” for its downgrade of U.S. debt (prompted by the melee over the debt ceiling). “S&P’s conduct would be looked at very carefully,” Geithner told McGraw according to the filing. “Such behavior would not occur, he said, without a response from the government.” The “filing” is a sworn affidavit submitted by Mr. McGraw in the federal government’s $5 billion fraud case against S&P over alleged conflicts of interests and misrepresentations in the rating of mortgages and related instruments. S&P has consistently maintained that the lawsuit was filed in retaliation for its ratings decision. Mr. McGraw is either (1) a desperate perjurer; (2) suicidal; (3) both; or (4) telling the truth.

In Argentina, folks who report economic data (for example, on inflation) lose their jobs, are fined to the tune of $250,000, and may go to jail. Nothing subtle about it:

[Guillermo] Moreno, Argentina’s pugnacious internal trade secretary, is reported to have told a key banker […]: “You’ve got 72 hours to get the parallel (dollar rate) to 4.50 pesos. Tell everyone what I want.”…

His methodology is intimidation – he has been rumored in the past to carry a gun and he took boxing gloves to a meeting of shareholders of a key newsprint company in which the state has a stake in a bid to show who was boss. And he has slapped private economists with fines for estimating inflation data way above official statistics. He has been described as Argentina’s de facto economy minister and many businessmen prefer silence to crossing with him – perhaps remembering Martín Lousteau, a former economy minister, who defied him over farm export tariffs. Moreno was seen at an event running his fingers across his throat, indicating Lousteau was playing a fatal game …

For all its morbid charm, that form of financial repression could never happen here. The federal case against S&P is civil, not criminal. The administration supports comprehensive firearms controls. Its minions are lawyers, not gangsters.

Some will rob you with a six-gun, and some with a fountain pen.

Double Standards for the Police

Is the Pope’s Capitalism Catholic?

Is the Federal Reserve a Philosopher King?

Is the Federal Reserve a philosopher king or servant of the treasury?