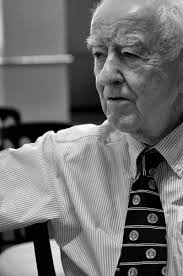 Greg Weiner’s provocative essays on Congress remind us of another provocateur, a grand old man of constitutionalism who also defends Congress’s powers—George Anastaplo (profiled here). Anastaplo, whom I have known for almost 40 years, would be the classic American individualist—except he deeply respects manners, locality, and community. His extremism may lie in his devotion to the virtue of moderation. Our meetings have often included avuncular advice on topics including how to eat during an APSA convention. A guardian who takes his Hyde Park citizenship seriously, he rebukes local scofflaws–ride your bike on the street, not the sidewalk!–the former cyclist barks at a miscreant. And he has barked at power as well, having been expelled from both the Soviet Union and Greece of the Colonels for his outspokenness. No Chicago slaughterhouse got as much out of a hog, as Anastaplo gets out of a day.

Anastaplo is of course best known for the First Amendment Supreme Court case of In re Anastaplo, which he argued himself as a recent Chicago Law School graduate. He had graduated number 1 in his class (his classmate Robert Bork left to rejoin the Marines, now fighting in Korea). Citing the Declaration of Independence, Anastaplo refused at an ABA professional fitness hearing to renounce violent overthrow of the government. Denied certification for the bar, he fought his own battle to the Supreme Court and lost, while obtaining his Ph.D. in political science, also from Chicago. Though the freedom of speech of the First Amendment has been his focus, his scholarship ranges from constitutional law to political philosophy, from Hinduism to Shakespeare and Plato, from praises of political dissent to criticism of Allan Bloom. His constantly updated website provides many of his writings.

Anastaplo is a voracious devourer of information and inquisitive student of public affairs. When I invited him to speak at the Air Force Academy (as a teen, he was a WW II Air Corps navigator), he insisted on driving down from Denver and stopping at Columbine, where the shootings had taken place just weeks before and observing the memorials.

To call him quixotic is to turn that Knight into an utter conventionalist. A favorite essay of mine is his lengthy argument advocating the banning of television, contending this would be no violation of the First Amendment (which is about speech, strictly construed, not about “expression”). Just to pick another revealing instance of his work, his recent “Faith, Reason and Constitutionalism: Reflections Prompted by the Roman Catholic Church Papal Conclave of 2013″ shows how he makes connections across diverse fields. In just one paragraph of this brief essay non-Catholic Anastaplo touches on many themes discussed on this Liberty Law site:

Also clearly improper is what we have allowed to happen in the way that the United States Supreme Court (with its generally undistinguished membership) conducts itself, acting in effect as a third branch of the national legislature. Among its improprieties is its insistence that it is authorized to pass routinely on the constitutionality of Acts of Congress, something clearly not provided for by the Constitution. On the other hand, it has (since at least 1938) surrendered its duty to oversee the development of the Common Law in the United States….

He elaborates on all of these themes and much more throughout his work. The discursive essay reflects as well on the thinking of the now late Fr. Andrew Greeley, the Senate filibuster (bad for moderation), electoral college (very good, again for moderation), and the Orthodox Church.

Though he would fairly be labeled a “Straussian,” his politics are to the left of most of that august and diverse gang.  Whether or not one agrees with his political conclusions, his philosophic speculation is invaluable for serious reflection on matters of our time and all time. Still writing at age 87–now completing another book on Lincoln, for which his friend and sparring partner Harry Jaffa will provide a preface–he is one of the great teachers of things American through both his thoughts and his deeds.