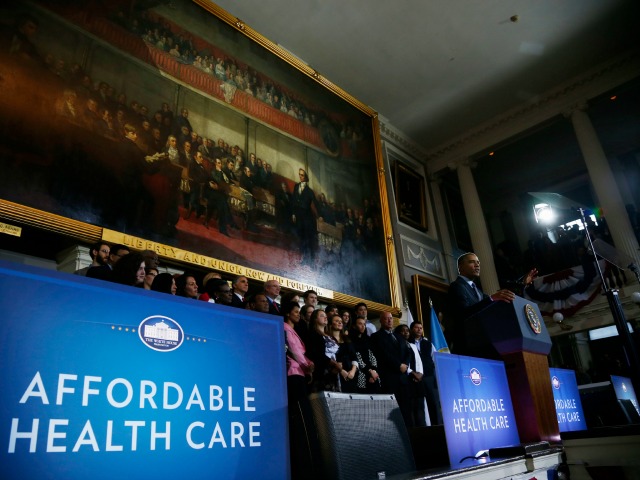 Two-plus weeks have passed since the D.C. Circuit’s panel decision in Halbig v. Burwell and the Fourth Circuit’s opposite decision in King v. Burwell, a substantially identical case.[1] The King plaintiffs have filed their cert petition; and the government has asked for rehearing en banc in the D.C. Circuit; and the initial agitation has subsided. It’s a fine time to highlight a few lessons that, in my estimation, we have already learned. I offer three sets of observations: today, I’ll focus on the interplay between constitutional and administrative law and on the advocacy network that produced Halbig and its companion cases; tomorrow, I’ll analyze the institutional pathologies and ideological derangements that account for the contretemps.

Constitutional and Other Law. To rehearse the wholly obvious, Halbig is the second frontal legal assault on Obamacare. The first (NFIB v. Sebelius) was directed at its “individual mandate,” and its provision that states refusing to participate in the Act’s Medicaid expansion would forfeit all Medicaid funding. These were high-toned constitutional attacks—the former, on the authority of Congress under the commerce and tax powers; the latter, on its spending authority. I don’t mean to dispute the urgency or righteousness of those lawsuits. They had to be brought, and quickly—even if the only point had been to proclaim that they can’t do this to us, at least not without a fight. Beyond that, NFIB served to demonstrate that constitutional arguments over enumerated powers still cut some ice.

The prevailing response to the Court’s narrow upholding of the mandate as a permissible exercise of the taxing power has been disappointment (or worse). At variance with many of my friends and colleagues, I believe that the Supreme Court’s decision actually produced a positive result on the enumerated powers front. Either way, though, even a full-scale win on the mandate question would have done little beyond turning Obamacare into the no-mandate care system that had been advocated by then-candidate Obama—and which the President has since implemented by waiving and postponing the oh-so-essential mandates for individuals and employers.[2] In operational terms, and even for significant constitutional questions, the individual mandate itself has always been a side show.

In contrast, Halbig and King strike at Obamacare’s core: the exchanges. Yet no constitutional argument is directly in sight. The cases aren’t about what Congress can do but what it did do; and the disposition of the cases hangs on a fairly pedestrian point of AdLaw and statutory interpretation: can an unambiguous statutory directive that subsidies and mandates will flow through and from “an exchange established by [a] state” be read to include an exchange established by the feds? King says “yes”; Halbig says “no.” And if Halbig is right, well-nigh all agree, most of the offensive provisions of Obamacare go poof. (On the upside, Obamacare’s tax breaks for manufacturers of wooden arrows would survive.)

Now let’s say NFIB was a net loss, and suppose Halbig stands: should one conclude that the Constitution has no purchase—that we must make do with second-order (and, by the lights of the dissenting Halbig judge, underhanded) assaults on a regulatory state that remains impregnable as a matter of first principle?

In my estimation, such (hypothetical) misgivings are or would be misplaced. If you think that progress can be made only by advancing narrowly “originalist” arguments straight from the text of the Constitution, consider: while a few cases may have fitted and continue to fit that model, it has never been the general pattern—not even in the days of Marbury or M’Culloch.[3] Most of the stuff that matters has always been (constitutional) common law, or statutory interpretation, or FedCourts jazz, and in any event in the weeds. Or so I have argued elsewhere, to the point of insisting that Wickard v. Filburn (the result, not the idiotic reasoning) doesn’t forfeit the Constitution’s structural limitations on power. For that prospect, we need to look at the constitutional crimes committed by Erie Railroad, Parker v. Brown, and other infra-constitutional New Deal masterpieces.[4]

Conservatives are principled people; and in American law, first principles are found in the Constitution. That creates an understandable, wholly salutary predisposition toward arguments directly from the constitutional text. My simple point here is to caution against placing one’s trust in constitutional “silver bullets” to bring down the regulatory state. Effective legal advocacy will typically be a game of inches. Put more modestly, there’s no intrinsic connection between high-level argument or principle and practical effects.

The Network. It is one thing to recognize the necessarily incremental nature of effective litigation—and an entirely different thing to operationalize the insight. Blissfully, there exists a network with the institutional capacity to initiate and litigate cases of the Halbig variety.

The Wall Street Journal has chronicled Halbig’s origins. The statutory problem was the discovery of Thomas Christina—not a professional Beltway agitator but an employee benefits lawyer in South Carolina. Tom first presented his observations at an AEI panel, organized by AEI’s Tom Miller and yours truly. Jonathan Adler (Case Western) and Michael Cannon (Cato Institute) fleshed out the theory and the details in an important, thorough article in Health Matrix. Introductions were made betwixt Tom Christina and the Competitive Enterprise Institute (CEI), its General Counsel Sam Kazman, and Michael Carvin (Jones Day), who in turn cobbled the cases together—plaintiffs, funds, legal and policy expertise, PR.

Now, there’s a bit more to this. Tom Christina is not quite the bashful country lawyer and “avid gardener” portrayed in the Journal. (He’s been known to mow the lawn but for the most part practices at an AmLaw 100 firm and occasionally finds time to write essays for this blog.) Jon Adler is a CEI alumnus, as is Tom Miller (and I remain CEI’s Chairman). CEI and Mike Carvin have jointly menaced the administrative state on earlier occasions.[5] And so on. Still, there is nothing conspiratorial about this business. The protagonists have been happy to explain Halbig’s genesis to reporters. More important, there is also nothing very organized about it: the litigation has no single mastermind or man behind the curtain. It has been propagated, moreover, by individuals and institutions that are genuinely independent from the political apparatus and especially the Congress.[6] Instead, the Halbig campaign is the product of a loose conservative-libertarian infrastructure whose members, collectively, (1) are remarkably adept at identifying strategic opportunities; (2) can easily marshal the resources—money, expertise, public support, blogospheric agitation—to translate those opportunities into action; and (3) sufficiently smart and focused to not make a mess of things.

None of this can or should be taken for granted. Strategic opportunities are easily missed. Resources (money and enthusiasm) for a protracted, seemingly quotidian lawsuit could easily dry up, especially after a deflating event like NFIB. And as any lawyer who has been near a high-stakes case like Halbig knows all too well, there’s usually a million ways to screw it up, and rarely more than one way to get it right. But we, or they, didn’t screw up. Something is going right here.

The network’s somewhat anarchic structure has its drawbacks—relatively high coordination costs, for example (numerous phone calls), as well as a risk that some over-enthusiastic outfit or operator might derail the whole enterprise. But that’s a price worth paying for a spontaneous order (of sorts) that, over-all, has proven remarkably effective and efficient. At the risk of sounding ever so slightly over-the-top: Halbig illustrates the admirable resilience of a free society, not just directionally but also operationally. We may be bowling alone, but we can still coalesce when it matters.

[1] In case you’ve spent the summer in a coma, a cave, or Cabo San Lucas: Halbig held that Obamacare’s subsidies—as well as the coverage mandates that travel with them—apply only in states that have established a health care exchange, not to federally established exchanges. King held the opposite. Only some 14 states have established their own exchange. On all accounts, then, Obamacare’s fate hangs on the outcome of the litigation.

[2] Prediction: the individual mandate will never be enforced. As Chris DeMuth has explained in a brilliant essay http://www.aei.org/article/economics/unintended-consequences-and-intended-non-consequences-speech/ on “Intended Non-Consequences,” the federal government will never—for reasons having nothing to do with the Constitution—coerce or even inconvenience American citizens unless it can blame someone else—insurers, providers, state governments (which federal authorities will label “incompetent”), or whomever.

[3] By way of brief explanation and example: Marbury says that there is full-scale judicial review if Mr. Madison’s act was a matter of official duty–and no review if the act was “political,” or what we now call discretionary. Wherever that distinction comes from, it’s not the text of the Constitution. Similarly, M’Culloch doesn’t say that states cannot tax federal instruments. It says that they cannot do so unless Congress says otherwise. In other words, it’s a constitutional common law rule.

[4] For an emphatic defense of that position see Robert R. Gasaway’s review. http://www.fed-soc.org/publications/detail/the-upside-down-constitution-by-michael-s-greve

[6] This distinguishes the network from liberal groups (say, environmental groups), which usually function as appendices to congressional subcommittees and their Democrat staff; and it matters. E.g., liberal bloggers have suggested that the GOP might come to regret Halbig, should the decision stand: Republican governors who have so far declined to establish state exchanges would come under constituent pressure to do so (“Give us today our daily subsidies!”). That might indeed be inconvenient for them. The question is whether the plaintiffs or Mike Carvin or Sam Kazman would be impressed by a gubernatorial, senatorial, or RNC phone call urging them to call it a day. Asked and answered.

The Kind of Book Political Theorists Ought to Read

The Dead Letter of the Law

Little Sisters, Don’t You Like What Your Big Sister Done?