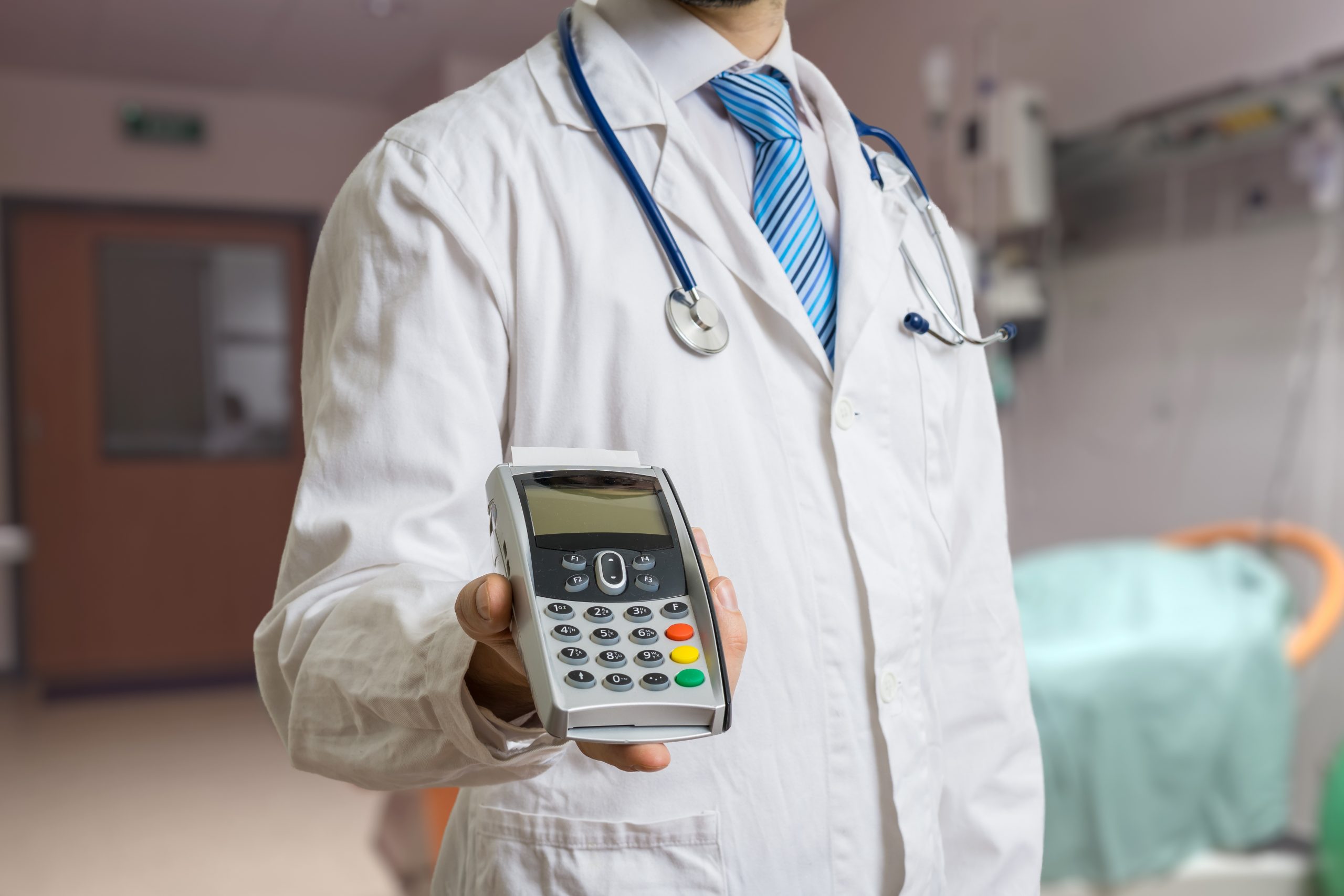 Could the market help us solve our healthcare problems? Market economists and theorists say of course it could; big government/Progressive types say no. Let’s find out.

As Franklin said when discussing his famous Kite, “let the experiment be made.”

When the Obama administration was debating just how heavily to regulate America’s healthcare system, many on the Left wanted a truly government-run health insurance scheme, or “public option.” As Progressives’ default assumption is that government programs work better than the alternatives, they believed a “public option” would demonstrate the wisdom of turning to fully socialized medicine in the United States.

Average Americans reacted sensibly: they feared that the government would run our healthcare system as efficiently as it runs the DMV and, as we now know, the system providing healthcare to our military veterans. The “public option” was not included in the final bill.

Yet in March 2010, Obamacare did pass. And between it, the extensive regulatory regime already in place, and the pre-2010 federal institutions—the Veterans’ hospital system, Medicaid, Medicare—there wasn’t much of a free market left when it came to American healthcare.

A cynic would say that Obamacare was designed to regulate the for-profit parts of the healthcare system so heavily that it would be impossible for corporations to provide all the services government demands they provide, to all the people government demands they provide them to, and manage to do it effectively and at a reasonable cost. The failure they may well have been looking for would have pushed us toward finishing the job, and granting government a monopoly on healthcare.

We are very far down that road. But a funny thing happened on the way to a government monopoly.

A lot of people who buy insurance are seeing skyrocketing premiums. Contrary to President Obama’s explicit promise, they were unable to keep their old health insurance if they liked it, or their old doctors. This was one of the main reasons for Obamacare’s consistent unpopularity throughout its namesake’s presidency.

To be sure, many more Americans have health coverage than did before 2010, but overwhelming majority of the new customers for the system are in Medicaid, rather than in the heavily regulated corporate insurance market. Part of me wants to see the Democrats suggest a true “single payer” system, banning cash for service, and watch their billionaire donor base react. For the fact is, many of the very rich pay cash for service—Medicaid for all would exacerbate this class differential.

Given these realities, and following Franklin Roosevelt’s call for “bold, persistent experimentation,” maybe we should try the experiment of a true market approach to health insurance. Offer the American people the ability to opt out of the government-run and government-managed (including micromanagement through regulation) system. Allow us the opportunity to make our own judgments about what health-insurance plans would suit us. If the Republicans tried this approach, they could easily pair it with Ben Domenech’s suggestion of Catastrophic care for all, allowing more flexibility even there, perhaps allowing some variation in what, exactly such policies cover. Domenech says that the policy might cover statins and other drugs.  A free market would probably be a much more diverse and innovating market.

Why not at least try the liberal—as opposed to the Progressive—solution? If it fails, it fails.

The American healthcare and health insurance markets are so heavily regulated that it cannot be said that the market approach has been tried and failed, for it has not been tried. In this respect, it calls to mind the so-called “deregulation” of energy prices in California. The state, among other things, deregulated retail prices but not wholesale prices. As if that could possibly work, or could constitute deregulation in any real sense.

In other markets—from cell phones to televisions, alarm clocks, food (barring price supports), oil (thanks, most recently, to the fracking revolution which has also helped improve America’s carbon footprint by helping us turn to natural gas from coal), taxi services (see Uber and its competitors), and quality coffee—prices drop when the market is allowed to operate. Progressives  say that healthcare is different, but is it? Or would the price mechanism and the price incentive spur innovation and improve service if the government actually allowed it?

Maybe the Progressives are afraid the liberal approach would work, which would burst their bubble. It would be nice to find out.

But, some might respond, the insurance companies will offer crappy plans, taking advantage of those who are less than savvy about such matters. Yet if a plan is truly no good, citizens will not buy it. To presume that most of us are too stupid to distinguish between a good and a bad health insurance plan is to question the premise of democratic-republicanism itself. Surely if people cannot be trusted to judge their own interest in something so important as healthcare, then they cannot be trusted to judge who should hold office, and through them, what government should do and how it should do it.

That is, actually, how Progressives see things. In the age of the social science PhD, why ask voters about subjects as recondite as healthcare. As Philip Hamburger recently noted on this site:

Woodrow Wilson candidly explained that “the reformer is bewildered” by the need to persuade “a voting majority of several million heads”—especially when the reformer needed to influence the “mind, not of Americans of the older stocks only, but also of Irishmen, of Germans, of Negroes.”

The technocrats, the Davos set, the SAT oligarchs in general, who would like to take care of us have little respect for citizenship or anything recognizably liberal in the classic senses of the term. There is a straight line from Wilson’s Progressives to Hans, er . . . Jonathan Gruber.

But wouldn’t some consumers be pushed into selecting bad plans? That’s part of the beauty of creating a liberal option: no one is forced to rely on the market. If the market does its usual work, however—bending the cost curve, providing more options, and better care—then it will be time to expand the provision.

How could a plan like this pass? The Democrats would not let it through the Senate. They would  filibuster it. Their base, and their big donors, dread such an experiment, and their friends in the Democratic Party press, aided, no doubt, by the corporations that profit from the current system, would lampoon it and bash it with straw men arguments.

That brings us to another advantage of presenting this truly liberal option just now. Make those who wish to try the experiment pay a small (five-dollar?) tax/penalty for opting out of Obamacare (or whatever replaces it). If the experiment failed, at a high cost of taxpayer money, that would make up some of the losses to the U.S. Treasury. The tax/penalty would be set low enough that every American, or just about every American (in a middle-class democracy like the United States, we must, as a rule, tailor policies to the broad middle class), would be able to afford it.  The same trick can be used to allow the purchase of policies across state lines.

Because it would be connected with a tax/penalty, it would be a budget measure, and thus would only need 51 votes in the Senate, operating through the reconciliation process. This move would be in the fine American tradition of finding loopholes (a.k.a. liberty). In the 1830s when Boston banned the retail sale of alcohol, an enterprising bar owner painted a pig and charged people six cents for a viewing. Each paying viewer got a free drink!  Many paid to view the pig several times a day.  That’s how citizens react when politicians and busybodies try to limit their freedoms.

One final note. In the past few decades, America’s healthcare system has grown less and less free and, at the same time, more and more lumbering, cumbersome, and expansive. That’s what keeps many of the nearly 80,000 employees of the Department of Health and Human Services employed. If given more freedom, maybe more doctors would practice medicine longer. Perhaps, more Americans might enter the field, which would help address our coming “doctor shortage.” Perhaps we could shrink the size of HHS, saving tax dollars.

America is lucky. We are a wealthy and still a largely free country, and that enables us to attract physicians and would-be physicians from all over the globe, particularly from its less wealthy and free parts. But we should ask: Is it just for us to steal doctors from less wealthy, even poor countries? Maybe opening the healthcare market would help us have more doctors, and without stealing them from elsewhere, an invaluable service to less wealthy lands, albeit one that would be difficult to demonstrate.

The liberal option. Let the experiment be tried. An idea so crazy it just might work.

Freedom and the Political Good: Some Preliminary Considerations