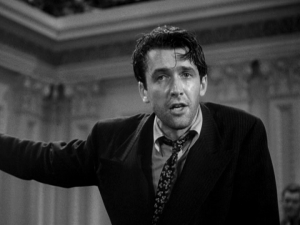 The Senate was designed to operate as part of a constitutional regime rooted in Madisonian majority rule. The catch is the modifier “Madisonian,” which is a synonym for “deliberate.” Enhanced deliberation, Madison wrote, was to be facilitated by the key distinction between the House and Senate, which is the latter’s six-year terms, not any super-majority requirement for legislating. The problem is that the press of instantaneous communication and the permanent and nationalized campaigns for the majority have eradicated the distance that once separated senators from constituents, while the erosion of institutional culture has robbed the Senate of much of its onetime deliberative purpose. The filibuster—the bulk of which nonetheless remains intact after the detonation of the nuclear option Thursday—is a sideshow to these vastly more serious challenges.

Indeed, it has been years since the filibuster performed any deliberative function, encouraged any moderation or registered intensity of views in any serious fashion. It has simply become a tool for requiring 60 votes to transact even routine and noncontroversial business in the Senate. To those who wish government simply to do less, that might sound enticing, but for the fact that causing government to do less often requires the Senate to act to dislodge the status quo. Just as Democrats would do well to recall that they will someday return to the minority, Republicans, despair being a sin, might entertain the hope they will occupy the majority someday and wish to cut taxes, spending or regulations—all of which could be impeded by a recalcitrant bloc of 40 under the regnant ethos of the filibuster.

The filibuster has become so associated in the public imagination with the unique constitutional role of the Senate that it is now largely forgotten that Madison, the institution’s chief theorist, came near to walking out of the Philadelphia convention over the issue of majority rule in the upper chamber. He described the equality of state representation in the Senate as manifestly unjust, so much so that Madison, normally a ready compromiser, approached the precipice of aborting the entire constitutional project over that principle—the same one implicated by the routine use of the filibuster.

Similarly, the following passage from his Federalist 63, the paper that elucidates the purpose of the Senate’s longer terms, endorses majority rule even while emphasizing the decisive importance of deliberation:

As the cool and deliberate sense of the community ought, in all governments, and actually will, in all free governments, ultimately prevail over the views of its rulers: so there are particular moments in public affairs, when the people, stimulated by some irregular passion, or some illicit advantage, or misled by the artful misrepresentations of interested men, may call for measures which they themselves will afterwards be the most ready to lament and condemn.

Note that the deliberate sense both “ought” and “will” prevail. The Senate’s particular role is to inhibit popular passions until such time as reason takes hold. But this inhibition was possible because of the Senate’s longer terms, which provided space in which its members could take temporarily unpopular positions:

In these critical moments, how salutary will be the interference of some temperate and respectable body of citizens, in order to check the misguided career, and to suspend the blow mediated by the people against themselves, until reason, justice, and truth, can regain their authority over the public mind?

Observe that it is the job of Senators to “suspend the blow” temporarily, not to block majority will. Supermajority requirements—in the filibuster’s case these pertain to ordinary legislation, not constitutional moments—serve the latter purpose. A functional 60-vote rule for transacting business fosters deliberation only if it forces compromise, which there is little evidence it has done, especially given the Senate’s toxicity in recent years. In any event, the Senate’s role was never to serve as a blocking entity—a cooling one, to be sure, but not a showstopper.

The filibuster, put otherwise, simply is not inherently associated with the purposes Madison lays out for the Senate. The rarity with which it was once used, even in the Senate’s heyday, calls into question the notion that it is somehow integral to the body’s proper functioning. The institutional culture, now badly eroded, is a far more important factor in the Senate’s constitutional corrosion. So is the vanished distance between Senators and voters. If the filibuster could restore the dynamics thereby lost, its partial demise might warrant more mourning. But there is no reason to think it has served those purposes, or will.

None of this, incidentally, is to purchase stock in the silly argument that filibusters of presidential nominees, especially judicial nominees, are somehow inherently less legitimate than filibusters of other measures. “Advise and consent” is a meaningful authority. The Senate is not the executive branch’s personnel department; its job is not merely to inspect the resumes and assure the qualifications of nominees. Especially with respect to the judiciary, everybody knows the President considers the philosophy of nominees, and the Senate is perfectly entitled to do so as well. But just as there is no civil right to be confirmed to the federal bench, the minority party—and that will be Democrats someday—has no entitlement to prevail in such battles. If Americans want divided government that compels the president to consult a Senate of the opposite party, they have the option to vote for it. In three successive elections, they have not.

The more difficult question is how to restore the deliberative function of the Senate. For Madison, as for those who debated the topic at Philadelphia, that was inextricably linked with the length of its terms. Recovering the virtues associated with the resulting distance is the key to reclaiming the Senate as the fulcrum of the constitutional regime. The filibuster, especially not in the limited sense with which it was dealt Thursday, is not. Consequently, the nuclear option is unlikely to be remembered as the explosive event it contemporarily seems to be.

More on the New Filibuster “Rule”

The Original Meaning of “High Crimes and Misdemeanors,” Part II

How the debates at the Constitutional Convention concerning impeachment clarify "high crimes and misdemeanors."