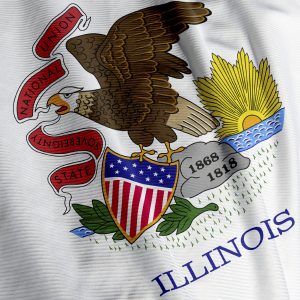 Chapter 9 of the U.S. Bankruptcy Code governs bankruptcy proceedings for municipal governments (but not states). It’s been used mostly to restructure debts of small government entities who find themselves in temporary distress. But Chapter 9 has also been used to solve, in a manner of speaking, solvency problems incurred by real places, like Stockton (CA) and Detroit. And there’s more to come.

A committee of the U.S. House of Representatives is considering a bill that would make Chapter 9 available to Puerto Rico’s public agencies. Those agencies carry upwards of $70 billion in debt; their bonds trade at something like 60 cents on the dollar. Existing bankruptcy law doesn’t cover them. The pending bill would change that, but it has little chance of enactment. (Some Republicans are opposed.) I don’t know the details but I’m inclined to favor the bill. The real question here is who is not going to get paid, and how and when. The sooner that gets resolved, the better.

Meanwhile up north in Illinois (politically and economically a kind of Puerto Rico without surf but, huzzah, with statehood) the legislature is considering proposals that would make it easier for municipal governments (including large-ish Chicago) to avail themselves of Chapter 9. Here, too, the question is who will not get paid. That includes not only creditors but also, and foremost, current and former public employees, whose pension and other post-employment benefits are wreaking havoc on local finances. The move to restructure—i.e., partially abrogate—those debts in Chapter 9 proceedings is prompted in no small measure by Stockton’s experience: earlier this month, the city obtained judicial approval for its bankruptcy plan. Creditors took a small hit; the unions, a very large one. Like, a cool half-billion.

One has to wish the Illinois lawmakers and newly elected Governor Rauner (who firmly supports the Chapter 9 initiative) the best of luck. They will need yet more luck, and quite probably a new cast of judges, to restructure the state’s own pension and benefit debts. (The pension debt alone clocks in at around $111 billion.)  To date, even modest legislative measures to address the problem have been struck down by the state’s fabulous courts. Something will have to give, and soon.

Public Pensions, Public Choice, and the War Against the Young

Your Credit History (the Accurate Version)