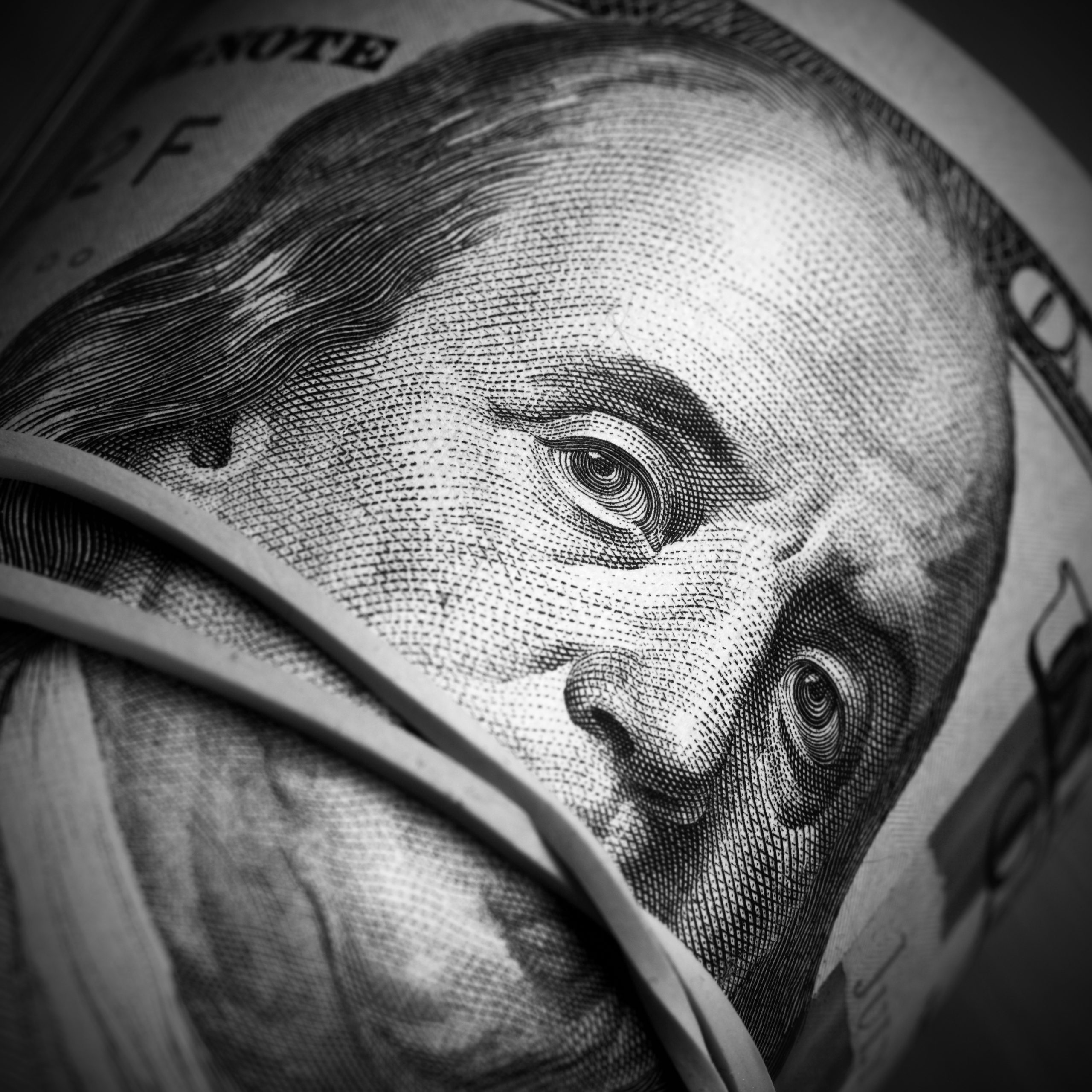 When the delegates were departing the Constitutional Convention, a woman stopped Benjamin Franklin outside Independence Hall and asked the Pennsylvania delegate, “Well, Doctor, what have we got? A republic or a monarchy?” Franklin responded, “A republic, if you can keep it.”

Political journalist Jay Cost believes we didn’t. His new book, A Republic No More: Big Government and the Rise of American Political Corruption, is a highly informative and at times deeply dispiriting account of how we failed Franklin’s challenge.

As that famous reply in Philadelphia suggested, republics are inherently conditional. They depend on the citizenry’s willingness to elect political leaders who are dedicated to the common good. The republican principle is violated when political leaders satisfy the particular interests of only part of the polity at the expense of the whole. It does not matter, moreover, that a particular cause may command the support of a majority. Factional interests, however widely supported, are no substitute for the public interest.

No wonder Franklin wasn’t so sure how things would turn out.

The history of American political corruption begins, interestingly enough, inside the Federalist Papers. In a brilliant juxtaposition, Cost draws out a neglected tension between Federalist #10 and Federalist #11. In the former, James Madison describes the problem of faction, which had tormented democratic governments from antiquity. Notwithstanding this dismal track record, Madison was confident that the republican principle would survive under the proposed Constitution. Wherever the federal government had power, there was a countervailing check to prevent that power from being corrupted.

The factions that dominated individual states would be checked by competing factions from other states. Bicameralism, separation of powers, and the presidential veto supplied additional constraints. The system, in short, was structured for republican purposes.

Now turn the page to Federalist #11, Alexander Hamilton’s blueprint for national prosperity. The states, Hamilton here insists, were not going to succeed commercially without the union. They needed to unite to create a national marketplace and to bargain for reasonable trading terms with Europe’s maritime powers. “An unrestrained intercourse between the states themselves,” Hamilton predicted, “will advance the trade of each, by an interchange of their respective productions, not only for the supply of reciprocal wants, but for exportation to foreign markets.” For Hamilton political, military, and commercial unity was essential to unlock America’s true economic potential.

According to Cost, the dominance of # 11 over # 10 in the realm of practical politics is the key to understanding American political corruption. Since ratification, our political leaders have sought to provide the people what they have demanded. They’ve followed Hamilton’s lead. At the same time, our leaders have not considered the effect of each expansion in federal power on the constitutional balance that Madison identified as essential to the survival of republicanism. National politics has become, as a result, a feeding frenzy for special interest groups.

The First Bank of the United States marked the first victory of political corruption over Madisonian pluralism, says Cost. The Bank received its charter from the federal government, but was privately funded. The arrangement prompted Madison to question how the federal government could ever adopt a policy that would jeopardize the financial interests of the Bank’s private shareholders, since “the plan of the institution gives a moral certainty of gain to the Subscribers with scarce a physical possibility of loss.” Madison worried that the Bank’s investors would “become the pretorian band of the Government, at once its tool & its tyrant.”

As it turns out, the First Bank was ably managed, in Federalist and Republican administrations alike. In the latter case, Albert Gallatin, the Swiss-born Secretary of the Treasury under Jefferson and Madison, deserves the credit. Nonetheless, a dangerous precedent was set. The government was now free to construct policies based on the support of factions, the “pretorian bands” that Madison feared.

Political corruption, in fact, was rampant throughout the 19th century. Initially, it took the form of party hacks—machine pols who distributed public offices to try to increase their party’s odds in the upcoming election. Later, Gilded Age politicians exchanged legislative favors for lucrative kickbacks from business interests.

Cost notes that when Senator Nelson Aldrich (R-R.I.) was contemplating retiring from public office for a career in business, a lobbyist from the sugar industry devised an alternative arrangement: Aldrich became the president of a company that, thanks to the senator’s influence, won a valuable franchise from the state legislature. Aldrich pocketed millions. And the sugar industry was happy since Aldrich, a rock-ribbed backer of the industrial interests, remained in the world’s greatest deliberative body all along. It was a win-win for the parties involved. For the public interest, not so much.

Special interests took on a different character in the 20th century. Pressures on public officials now came from a variety of sources besides the business community, many of which had laudable goals. Lobbying was professionalized, moving from smoke-filled backrooms to open view. Indeed, some scholars ask what the fuss is all about; organized special interest groups, they contend, are up-to-date versions of Madison’s factions, checking each other in a way that ultimately preserves the common good.

Cost spends the last portion of the book challenging this view. In his assessment, comparing modern special interests with Madison’s factions misses the essential Madisonian point. Republican balance does not ultimately come down to competing factions. What is essential, instead, are constitutional restraints that correspond to the government’s powers. While the federal government expanded in the 20th century, the same mechanisms that checked the Congress for two centuries—and only those—remained in place. The imbalance has been a boon for special interests and a headache for the rest of us.

The author is at his best detailing the painful realities of modern interest-group politics. The problem is not that the government is picking winners and losers. It’s actually worse than that. The winners are picking the government, and gaming the rules to keep themselves on top. New Deal farm subsidies, to cite one of Cost’s examples, systematically favored white Southern agricultural growers, while pushing African Americans off their tenant plots.

Another example is Medicare. The federal government has given Medicare providers an open checkbook. “All told,” Cost concludes, “experts estimate that as much as 20 percent of the total cost of Medicare is attributable to highly expensive care that is of questionable value” to the “beneficiary” but affords the providers a generous revenue stream.

Then there is Fannie Mae and Freddie Mac. After the Enron scandal broke in 2001, it came to light that Freddie Mac, which had used Enron’s accountant Arthur Anderson, had cast aside accounting rules. A year later, regulators discovered that Fannie Mae was up to similar shenanigans. And yet both enterprises walked away scot-free until it was too late. “We manage our political risk with the same intensity that we manage our credit and interest rate risks,” commented Fannie CEO Franklin Raines. The sugar-trust lobbyist who brokered Senator Aldrich’s sweetheart deal could not have put the point better.

A Republic No More offers straightforward cures for special interest corruption of governance. Either we must roll back the federal government’s powers substantially or we must have a serious conversation about how to reform the legislative and regulatory systems to bring the public interest back to the forefront. Cost also champions a cross-party effort to take down the most flagrant examples of systematic corruption.

One does notice, however, that the second proposed solution subtly undermines Cost’s heavy emphasis on the importance of political institutions. If the right institutional arrangements are what really matter, it is peculiar to call upon political leaders to band together against corruption. To do so suggests that the well-being of the republic may have something to do with civic virtue, after all.

The AUMF: A Hydra in Search of a Hercules

Seeking policy resolution from the courts, when you have the votes to do it yourself, is the height of legislative folly.