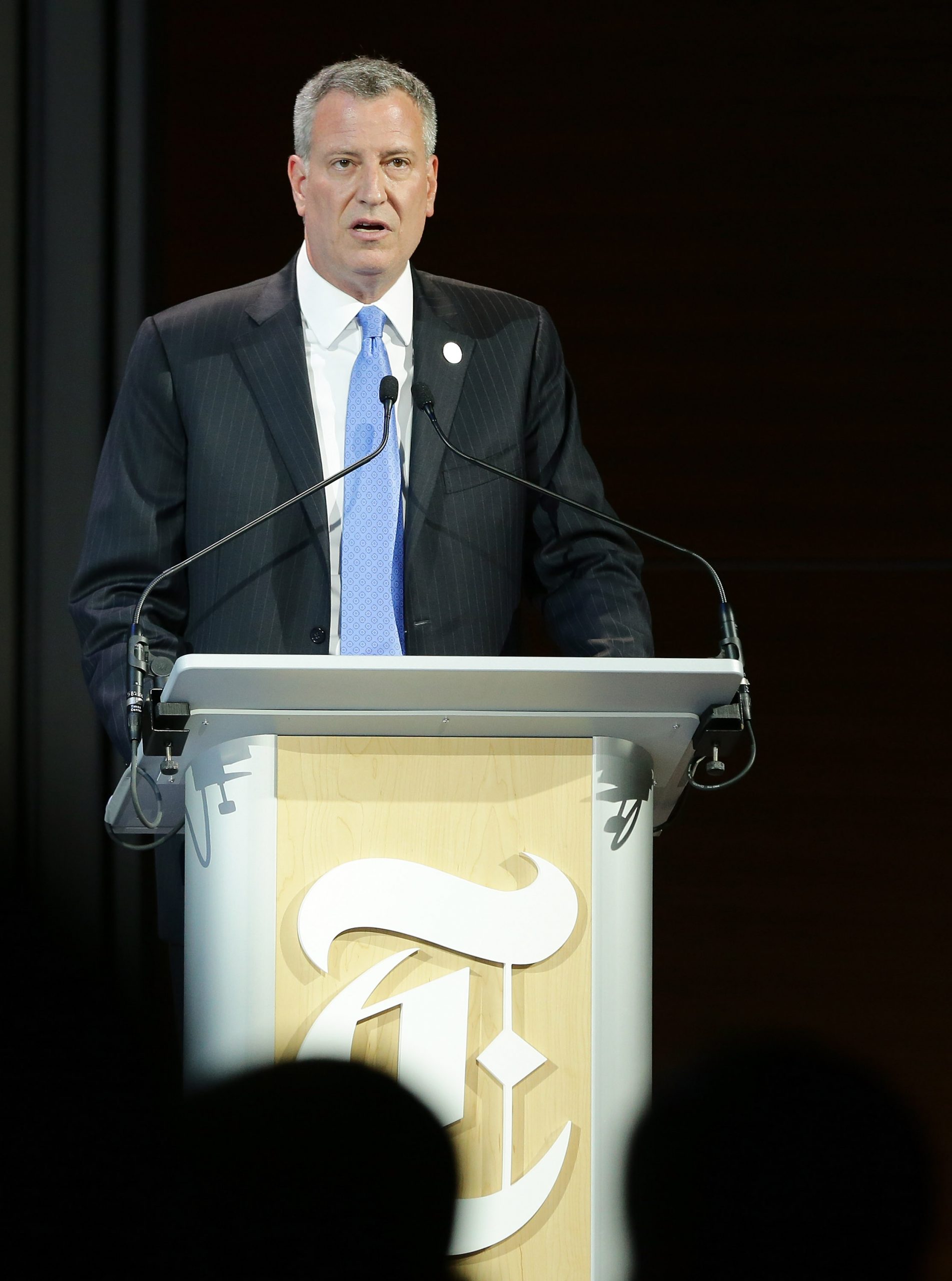 Last week, our ruling Progressive class cheered New York Democratic mayor de Blasio’s disbanding of an NYPD intelligence unit that had been keeping watch over the city’s Muslim community. Republican President George W. Bush’s mantra that “Islam is a religion of peace,” in response to 9/11 and Muslim terrorism in general, had drawn similar plaudits from the same Progressives. But this protectiveness does not mean that Progressivism is Islamophilic. Nor are the words and actions from on high that minimize Islam’s relationship with the terror that has struck America in the last generation attributable to ignorance.

No. Our rulers are neither innocent of facts nor do they harbor special sympathies. The explanation for their attitudes is deeper and more ominous.

Consider for example: Eric Adams, Brooklyn’s borough president, told Fox News’ Bill O’ Reilly with a straight face that ceasing to pay special attention to Muslims is right because there is no more reason to look for terrorists in mosques than in Catholic churches. Adams was not stating a proposition that was factually defensible. Indeed, he declined to defend it. Rather, that proposition is a standard article of Progressive doctrine, the examination of which yields the essence of the matter, namely: that Progressives are protective of Islam and Muslims only incidentally to their disdain of Christianity and Judaism, and of the ordinary Americans who live by them.

The first step to understanding this truth lies in realizing that the Progressives who object to looking for terrorists primarily among Muslims, and who say conservatives are at least as much of a terrorist threat, are the very same people (providing that they be of a certain age) who not so long ago demonized the Americans who sought to defend against the Soviet Union by rooting out communist infiltrators in the U.S. government.

The second step is to realize that the Progressives who today profess equanimity toward Islam yearn to live like the Muslims of Saudi Arabia even less than the Progressives of generation ago yearned to live as subjects of the Soviet empire.

Positive sentiments about enemies of the United States cannot account for this phenomenon. The most fulsome praises of the Soviet Union from the Franklin Roosevelt administration or from the New York Times’ infamous Walter Duranty never amounted to more than covering up for its genocide and other crimes, plus patent idiocies about communism’s efficiencies and equality. Today, not even the Council on American-Islamic Relations tries to sugarcoat the Islamic lifestyle—much less do sympathetic outlets like the Huffington Post. Some of Adams’s Brooklyn constituents might fantasize about benefiting from Muslim polygamy, mindless of the fact that it victimizes all but a few. But Progressives such as Adams are driven by no such illusions.

Rather, protectiveness toward America’s enemies can be understood only as the result of the Progressives’ disdain for their fellow Americans.

What, after all, so attracted our ruling class to Alger Hiss—whose espionage for the Soviet Union was revealed in the 1940s by the intelligence agencies’ decryption of Soviet embassy messages, confirmed by the jury that convicted him of perjury in 1950, before being reconfirmed by Soviet documents released in 1993—that editors, columnists, professors, and Establishment figures in general treated him respectfully and his accusers like lepers? What made them protective of Treasury official Harry Dexter White, another Soviet agent, as well as of the reputations of countless others who collaborated in the Soviet cause?

That this collaboration, which went from softness to outright subversion, reflected the Progressives’ own substantive preferences is only part of the answer. The vehemence and enduring tenacity with which Progressives continue to protect the memory of the communist infiltrators while scorning their opponents is rooted in the deeper level of identity politics.

What bonded the likes of Alger Hiss, Harry Dexter White and Harry Hopkins indelibly to Progressive hearts was nothing less than their social identity with the Progressive class. They were secular, refined in manners and taste, and had an intellectual patina that ordinary Americans lacked. Their very existence and influence—indeed their very defense of the Soviet Union, warts and all—was a rebuke to philistine Americans, differentiation from whom was and remains the Progressives’ paramount passion.

The same passion for taking down Americans a peg or two now explains our Progressive rulers’ seeming Islamophilia. What could explain the MSNBC network’s airing a sympathetic account of the 2013 Boston Marathon bombers on that outrage’s anniversary? Antipathy for the outrage was not enough to counterbalance the editors’ sense that the terrorists are not so different from the rest of us and that, somehow, the event resulted from American society’s shortcomings. Islam, warts and all, reminds America of its shortcomings, not to say crimes, against the rest of the world. The outrage, you see, had been committed against ordinary Americans, not the Progressive class.

One wonders whether the Progressive mantra that conservatives are at least as likely to be terrorists as Muslims and that terrorists are as likely to be found in Catholic churches as in mosques would have been different had the 9/11 hijackers flown those airplanes onto the Corporation for Public Broadcasting, the Environmental Protection Agency, or Harvard Yard.

And the Wall Fell

I can tell you when I knew the game was up for those hacks in the East.

The War On Us

George Will laments that conservatism has been “hijacked” by “scowling primitives” and “vulgarians.”