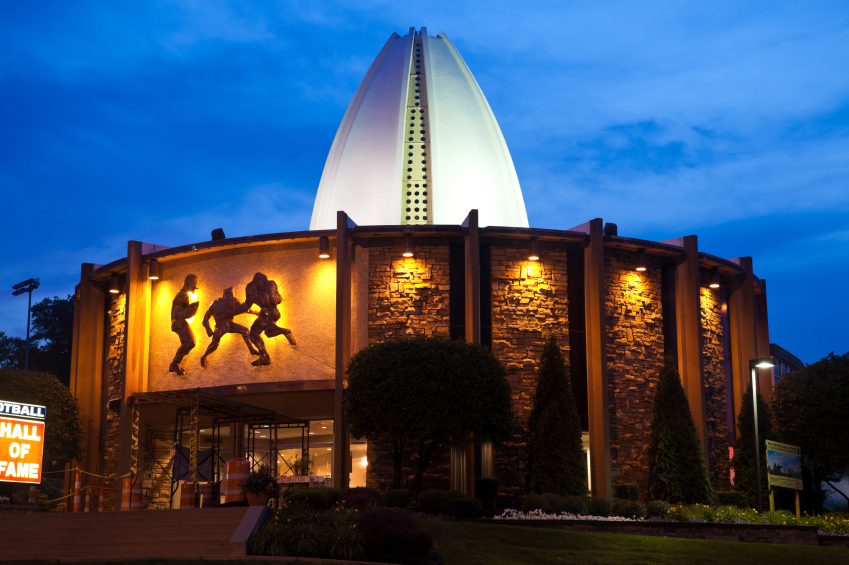 First the obligatories: The nauseating video of former Baltimore Ravens running back Ray Rice punching his then fiancée, now wife, into unconsciousness in an Atlantic City casino should have landed him in the New Jersey state prison system. NFL Commissioner Roger Goodell so badly bungled the case and the communications surrounding it that he ought to be disabused of the delusion that his very public job is a personal right to which he is entitled until conclusive evidence of actual wrongdoing separates him from it. And the number of domestic-violence cases in the NFL suggests a culture of lawlessness, not to mention simple indecency, among at least some of its players.

All true. And all of it was established, and was being vigorously and effectively debated, in the Tocquevillian sector—namely, civil society—without members of Congress queuing up to offer rhetorical interventions, from calls for official inquiries to demands that teams sit players under investigation. Some of their criticism was right, but on what authority—according to which of the 18 enumerated constitutional powers—were they acting? The moral-preening clause?

The answer, instead, is that the NFL enjoys exemptions from tax and antitrust laws that are purported to give Congress jurisdiction over its affairs, regardless of whether the affairs in question are proper topics of legislation. That, and not retribution for the NFL’s stupidities, is ample reason to repeal the special treatment.

There is, besides, the myth that the answer to any social problem is more legislation, and especially federal legislation, when the answer to this one—New Jersey has laws that make assault a felony; Texas already indicted Adrian Peterson—is to enforce existing legislation.

The larger problem is that political interventions consume the space civil associations would otherwise occupy—and, in this case, were. The natural processes of private, civil society were handling the problem. Advertisers were pressuring the league: Radisson (link no longer available) probably did more to get Peterson suspended than the Governor of Minnesota did. The league was enduring blistering criticism from advocacy groups.

These decentralized processes do not conduce to triumphal press conferences or claims of political credit. But where they are available, they are healthier than statist solutions. Tocqueville warned of what happens when the state steps in to consume the space civil society once occupied: Society is reduced to a bipolar relationship of dependent citizen to powerful state. Civil associations’ capacity erodes; the very habits of association atrophy.

Senator Richard Blumental of Connecticut disagrees. He sees Congress’ special treatment of the NFL as a license—indeed, a moral mandate—for interference. “Not only do we have control, we have a very serious obligation to avoid becoming complicit in NFL failures,” he recently told CBS. “Our granting this very special exemption and other benefits to the NFL is in some ways a form of approval or condoning policies that have been abjectly inadequate.”

Actually, all Congress is condoning is insulation from competition for an outfit especially astute at lobbying it. But the idea that any benefit conferred by Congress entitles Congress to total authority over—in fact, requires Congress to take complete interest in—the receiving entity is an icy slope. (Does the mortgage exemption require the federalizing of residential zoning laws? Can Congress investigate the spending habits of Earned Income Tax Credit recipients?   Does it bear a moral obligation to do both lest it become complicit in the abuses or mistakes surely occurring on both fronts?)

The reality, of course, is that benefits always confer the potential for control. That is what makes benefits attractive to those who pay them and, even when necessary, dangerous to those who receive them.

In sports, it has expressed itself in, well, grandstanding ranging from Senator Arlen Specter’s inquiry into the New England Patriots’ Spygate scandal—an inquiry financed by the public, justified by the antitrust exemption and motivated by rank vote-mongering—to the House’s elaborate perjury trap for steroid cheaters in baseball, which was driven by the desire to send “a great message for kids.” (That last—the great-message-for-kids clause—comes right after moral preening in Congress’ enumerated powers in Article I.)

It is unclear what new laws are needed in this case, or what authority Congress has to pass them. But legislation, and not press statements, is where its power lies. Of course, Congress has no intention of legislating here. Hence the problem. The particular danger of this pattern is Congress using its investigative powers in areas in which it has no authority to legislate, no intent of doing so, and no motive other than headlines—for which, incidentally, the media are suckers. Senators who cannot find their way into a newspaper story beneath the fold on page 20 for legislating land above it on page one for moralizing.

The temptations to this abuse are too great to trust Congress to restrain itself. Strings will always dangle from the special treatment the NFL receives. The answer: Repeal it—not to punish the NFL, despite the league having rendered itself unworthy of sympathy, but to restrain the Congress.

Another Genius Who Was a Poor Student

How the Subservient Branch Declares War