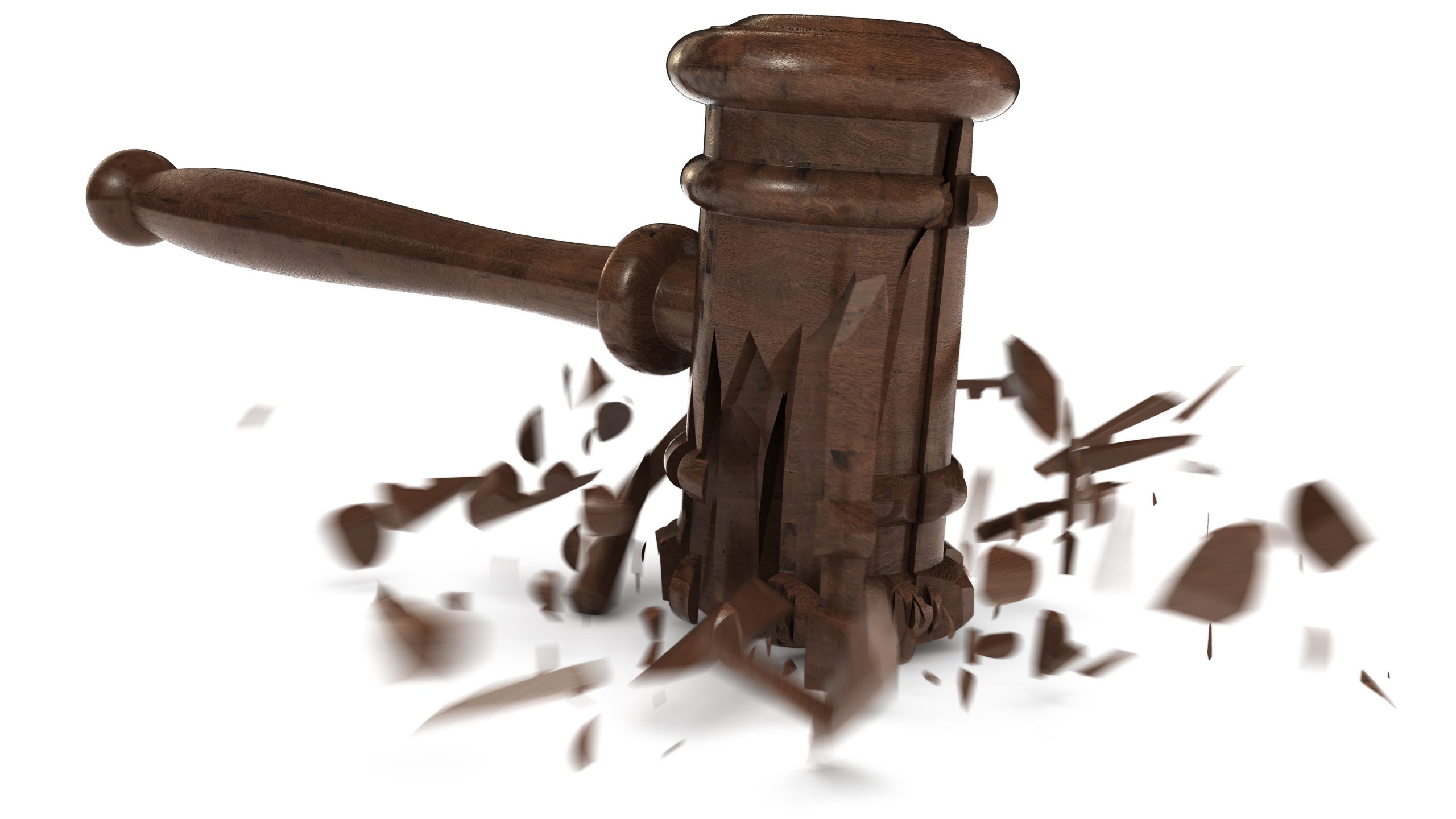 When judges interpret federal statutes, are they interpreting laws? What should be the obvious answer to this question is complicated by a recent book, Judging Statutes, by the Chief Judge of the United States Court of Appeals for the Second Circuit, Robert A. Katzmann. Judge Katzmann shows us how a well-informed judge approaches difficult questions of statutory interpretation. Along the way, he raises challenging questions about what contemporary statutes are.

The book has two objectives, one descriptive and the other normative. Katzmann wants to enable the legislative and judicial branches each to achieve a “deeper appreciation of how the other operates.” He also argues that legislative history is an authoritative means for communicating the legislature’s purposes. He has written an excellent descriptive book with unrealized normative aspirations.

Judge Katzmann begins with a lucid explication of the helter-skelter chaos that is congressional lawmaking in our age. Votes in the House and Senate number in the hundreds each year and sometimes “take place in the dead of night.” Not only the number of bills but their size, scope, and ambition make it impossible for members to read what they are voting on. In our age of social-engineering-by-legislation, large omnibus bills “pack together a wide range of disparate issues.” In the 112th Congress, he reports, “283 public bills were enacted, with a total of 4,415 pages.” These were only a small fraction of the bills introduced: 6,845 in the House, 3,767 in the Senate.

Members cannot possibly read, much less deliberate about, all those bills. Congress relies heavily on standing committees, multi-committee groups, task forces, outside commissions, and other sub- and extra-congressional groups. It relies especially heavily upon staffers, who perform the research and drafting. Furthermore, many bills are drafted by executive agencies and special interest groups, who work for passage not with members but with staffers. Members learn about the bills, if at all, “by reading the materials produced by the committees and conference committees from which the proposed legislation emanates.”

The portrait that the author paints complicates any honest attempt to understand what Congress does when it makes statutes. In an ideal instance of legislative action, the proposal would be contained in a bill. Legislators would read, understand, deliberate upon, debate, and finally vote on that proposal. Our Congress communicates its proposals and enactments not by the text of the bill itself, but rather by committee reports and other materials that become legislative history, where it bothers to settle upon any particular rule at all. Often, Katzmann reports, Congress intentionally makes statutes ambiguous in order to avoid resolving fraught questions.

This descriptive project sets up a critique of the textualist approach to statutory interpretation (with Justice Scalia the main target). Textualism fails to deliver on its promise of constraining judicial discretion, Katzmann argues, because just as legislative history can be exploited by judges, so can ambiguities in the text of the statute. Canons of construction are limited in their usefulness, often contradictory, and can also abet judicial usurpation.

The early chapters contain many insights that raise the expectation that the author intends to propose an alternative to textualism. And indeed, the latter chapters present a case for some sort of alternative. But Katzmann never makes clear what the law is. If a judge is not merely trying to understand and follow the text of the statute, then what is the judge after? And how does the judge get at it?

At times he is pursuing the meaning of words, at other times the meaning of “law,” and still other times the legislature’s meaning. Katzmann suggests that statutes have objective meanings, apart from judges’ interpretations of them, and that the object of interpretation is to ascertain that meaning. But then the objectivity drops out, as where he hypothesizes that legislators often enact statutes that are intentionally vague and leave it to administrative and judicial officers to specify their norms. Sometimes the objective and subjective meanings coexist uncomfortably; he quotes with approbation Judge Richard Posner’s admonition that a judge who cannot “put himself in the shoes of the enacting legislators” should “decide what attribution of meaning will yield the most reasonable result,” while being guided in his selection of approaches by the legislators’ “conception of reasonableness, to the extent known.”[1]

Elsewhere, Katzmann espouses variations on what he calls a “purposive approach,” but this too takes various forms. Legislative bodies have purposes or intentions but so do the statutes themselves. There are purposes and policies underlying statutes, overall purposes of statutes, and objective meanings of statutes in light of legislative purposes.

This inconsistency is more than merely semantic. The picture emerges of judges choosing from among alternative approaches to statutory interpretation on a case-by-case basis. Judges have a “wide range of instruments” at their disposal. No one approach, no guiding reason—canon, rule, or principle—controls because the law is a moving target. Though judicial discretion does not lack constraints, judges seem to have discretion to choose by which constraints they will be bound in each case. Katzmann allows that the text of the statute should control in some cases, but others are controlled by legislative intent, and others by the goals of drafters. In some cases what controls is the text of the legislative history, in spite of apparently-clear statutory text to the contrary. Legislative history in fact can be “authoritative” because legislators expect to communicate their meaning by it.

Katzmann illustrates this last point with an extended discussion of a case in which he and his colleagues interpreted a provision allowing “attorneys’ fees” to include also expert witness fees. Congress knows how to provide for awards of expert witness fees. But the omission of expert fees from this provision, both at the time of enactment and upon subsequent amendment, did not prevent Judge Katzmann’s panel from holding that Congress in fact authorized such fees. As authority for this holding, Katzmann and his colleagues interpreted a conference committee report to have expressed Congress’s intention.[2]

The author might appear to have substituted for textualism an even more problematic positivism. Legislative history cannot be law in a constitutional sense; it is not presented to Congress for a vote and the President does not sign it. Nor can it be law in a jurisprudential sense. It is not promulgated or codified; it does not provide notice to those whom it governs; it is not drafted to specify the rights or duties that legislation creates.

Thus, Katzmann cannot mean to argue that the legislative history itself is the law, and at one point he expressly denies that it is. The reader is left to ask: Then what is the law? He skips over this difficulty by positing a dichotomy between theoretical and practical reason and disclaiming interest in the former. Nearing the end of the book, he anticipates that “A reader who will be satisfied only by a grand theory of statutory interpretation is no doubt disappointed.” His is a “practical inquiry.” But of course the question what law is has both a theoretical and a practical point. For lawyers, it is the starting point for resolving in a coherent way the very practical problems to which Katzmann has turned his obvious intellectual ability.

Resources are at hand with which to develop the “purposive” approach to which he refers. Understanding legislative intention requires one to treat law as a reason for action and to understand legislation as legal change, the substitution of some reasons for action in place of other reasons. This book can therefore be read fruitfully alongside another published in recent years in the Oxford Legal Philosophy series, by Richard Elkins (which I recently reviewed for Law and Liberty). Ekins shows that legislative intent is not merely possible but actual. He argues persuasively that legislative intent is reducible neither to text, nor to legislative history, nor to an aggregate of the intentions of individual legislators. It is the intention of an actual agent—the legislature constituted as a group that acts for reasons—to change the law in some way.

Alternatively, one might consult the common law jurists. Though their accounts of legislation have differed in some respects, the basic idea is that statutes are a particular kind of reason for action, a “rule of civil conduct” in Blackstone’s parlance. Rules operate by foreclosing deliberation on the reasonableness or unreasonableness of possible courses of action.[3] They are enacted for reasons. In the common law formulation, legislatures look at existing law, identify a mischief to be suppressed, and change the existing legal propositions to provide a remedy. And they are promulgated in public writings.[4] Katzmann briefly alludes to the common law approach by citing Heydon’s Case,[5] which contains a famous statement of it, but (perhaps owing to constraints of space and time) does not pursue it further.

Like Ekins’ theoretical account, the common law approach enables one to understand statutory laws as sets of propositions that impose binding reasons for action upon judges and the governed alike. Once one takes seriously the idea of legislation as a special kind of reason for action, the imperative of understanding legislative intent becomes plain. If law is the set of propositions to which the text points, specified in legislative proposals and adopted according to legislative procedures, then statutory law has an existent reality apart from the text, apart from the legislative history, and apart from the goals or ambitions of any particular legislator (or lobbyist or staffer).

Against those accounts, contemporary congressional lawmaking shows poorly. The Congress and administrative agencies that Judge Katzmann thoroughly describes have little knowledge of law apart from their own enactments, and only slightly better knowledge of those. The lawmaking functions of our administrative state chronicled in this book are almost as far removed from central, non-defective instances of statute-making as Pluto is from the sun.

Against that backdrop, we are urged to count as law not the propositions that Congress has promulgated in text, but rather the goals of those who draft legislative history, whether or not those goals were proposed for promulgation. Consider in this light the Obama administration’s arguments in King v. Burwell: Ignore the written proposal upon which Congress acted; accept instead the authority of the general goals that the statute’s architects had in mind.

And this raises disquieting questions: Do Congress’ recent enactments partake of the nature of legislation? If not, are they law? If not, are we instead governed by the unpromulgated goals of congressional staffers? Once upon a time, when members of Congress read and understood bills before they voted on them, our federal statutes were understood to be laws in a focal sense—reasons for action that impose binding obligations upon legislators, executive officials, citizens, and judges alike. And Pluto was once thought to be a planet.

[2] In support of his treatment of the committee report as authoritative, Katzmann invokes dicta from an earlier decision by Justice Scalia.

The American Flag Is Particular, Exclusive, and Nationalistic. Not That There’s Anything Wrong with That.

Lawyers: From Mainstays of the Republic to Progressive Rent-Seekers

In earlier times, they had an interest in stabilizing our institutions and reining in our excessive political passions. Not any more.

The Common Law: Ginsburg Gets It Wrong

Ginsburg’s question presupposes an inaccurate (to put it mildly) narrative about the development of marriage law.