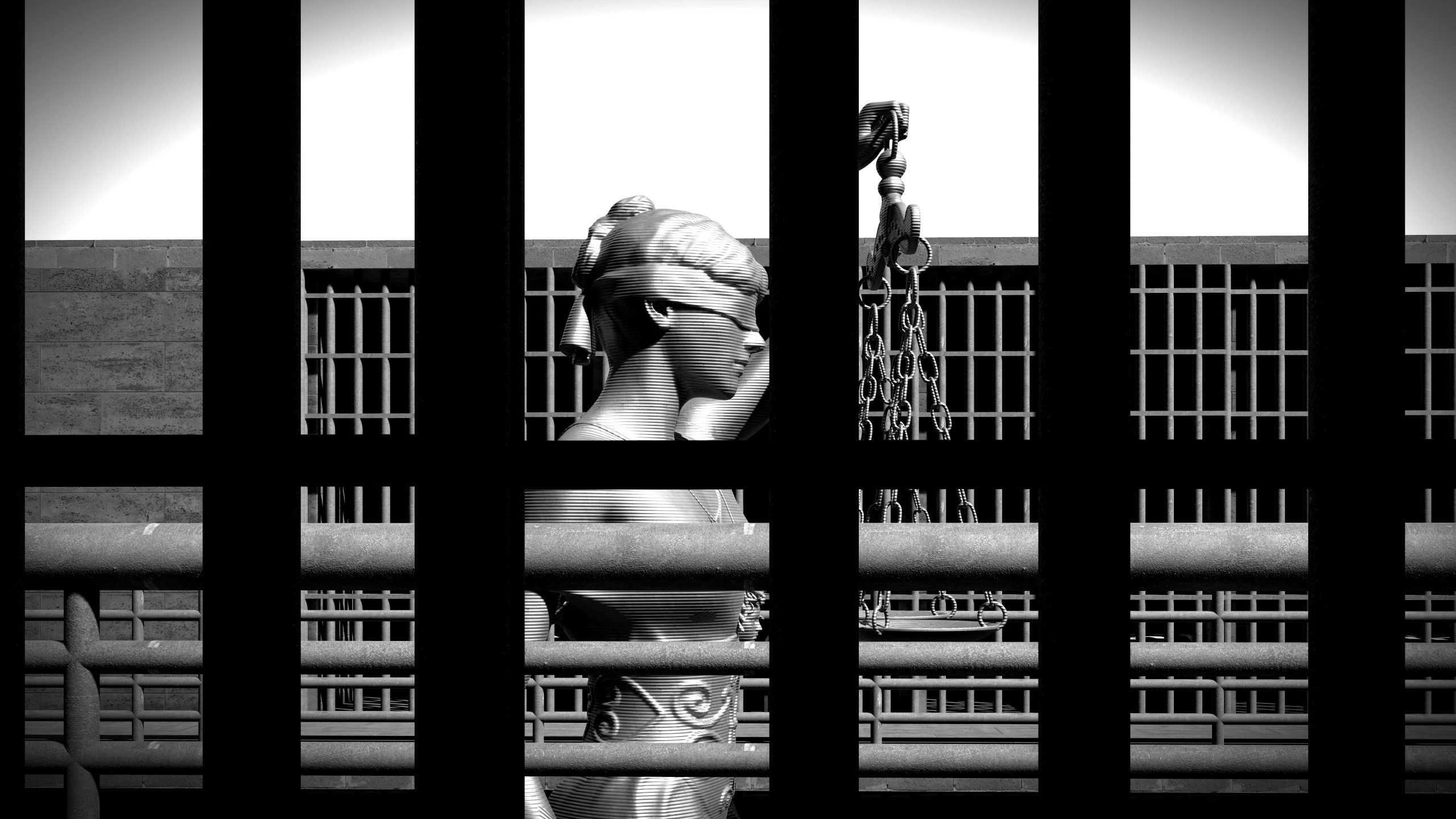 The unexpected retirement of Judge Janice Rogers Brown, 68, from the U.S. Court of Appeals for the D.C. Circuit will trigger a well-deserved celebration of her extraordinary judicial career, both as a federal appellate judge (since 2005) and previously as a member of the California Supreme Court (1996 to 2005).  It will be difficult for President Donald Trump to appoint a replacement that comes anywhere close to filling the shoes of the of the forceful, fearless, and independent Brown, whose nomination by President George W. Bush to the nation’s second most influential court in 2003 was delayed for two years by Democratic opposition. Despite a filibuster in the U.S. Senate, Brown was ultimately confirmed in 2005 by a 56 to 43 vote, when the so-called Gang of 14 reached an agreement to avoid Republicans’ invocation of the “nuclear option.” Hopefully, Brown will continue to serve on the D.C. Circuit as a judge with “senior status.”

One of Brown’s recent decisions is illustrative of her unflinching commitment to the rule of law. In Keepseagle v. Perdue (2017), the parties to a class-action settlement sought court approval for the distribution of $380 million of federal tax revenues to certain nonprofit organizations that were not parties to the litigation. The settlement was upheld by a 2 to 1 vote; Brown wrote a remarkable 43-page dissent.

Here’s the background: The lawsuit was filed in 1999 by Native American farmers who claimed that the U.S. Department of Agriculture had discriminated against them when they applied for credit and benefits under various government programs. In 2010, after more than a decade of “discovery”—meaning plaintiffs’ lawyers fishing for supporting evidence through laborious, expensive-to-respond-to document requests, interrogatories, and depositions—the federal government agreed to settle the case. The settlement, to be funded by the U.S. Treasury, provided for payments to class members starting at $50,000 if they satisfied a minimum evidentiary standard, and ranging up to $250,000 if they met a higher standard of proof.

The “settlement fund” was calculated to be $680 million, although the precise amount of payments to qualifying class members wouldn’t be known until the claims process was completed. It was expected that at least 10,000 claims would be filed, and that most of the claims would be successful.[1] Claimants had 180 days from the effective date of the settlement in which to file a claim. Instead of specifying that any unused monies in the settlement fund would revert to the Treasury, the settlement agreement provided that any “leftover funds” be paid to nonprofit organizations that served Native American farmers.

As it turned out, the fund was grossly excessive. In the words of the Keepseagle majority, “Far fewer people made claims than anticipated. At the conclusion of the claims process, only $300 million of the $680 million settlement fund had been paid out.” Just 5,191 claims were received, and only 3,605 were successful—far fewer than expected. The discrepancy was astonishing in light of the length and amount of factual discovery conducted prior to settlement, for which class counsel received a $60.8 million payday.

Surprised by the magnitude of the unused balance, which exceeded the compensation paid to the qualifying class members, the parties to the litigation renegotiated the settlement agreement. Again, instead of agreeing that the “leftover funds” would revert to the Treasury, the parties reached a “compromise” pursuant to which each claimant would receive an additional $18,500 (and a payment on their behalf to the Internal Revenue Service to cover the tax liability), and the balance would be paid to third-party charities. The payment of settlement funds to third parties was referred to in the litigation as a “cy-près distribution.”

The federal district court approved the modification of the settlement. But a disgruntled class member appealed, contending that the “leftover funds” should be distributed to the successful claimants, not third parties.

The D.C. Circuit upheld the district court. Applying an “abuse of discretion” standard, the majority concluded that “the negotiated compromise fairly balances the parties’ competing positions.” The majority declined to consider an argument made by the disgruntled class member for the first time on appeal, challenging the payment of “leftover funds” to third parties as a violation of the U.S. Constitution’s “appropriations clause” (Article I, Section 9, Clause 7), on the ground that it would expend Treasury funds to non-litigants without a specific appropriation by Congress.

The majority held that the failure to raise this objection in a timely manner constituted a waiver. Enter Judge Brown, whose devastating dissent began with these words:

$380,000,000 is, to use the late Senator Dirksen’s wry phrase, “real money.” That is what has been left on the table for private disbursement in this case. Perhaps one day, I will possess my colleagues’ schadenfreude toward the Executive Branch raiding hundreds-of-millions of taxpayer dollars out of the Treasury, putting them into a slush fund disguised as a settlement, and then doling the money out to whatever constituency the Executive wants bankrolled. But, that day is not today.

Brown’s colleague, Judge Robert Wilkins (appointed by President Barack Obama), joined the majority but wrote a separate concurring opinion responding to Brown’s dissent, which he accurately (but probably sarcastically) characterized as “a tale of corruption and conspiracy, in which the plaintiffs and the Government were complicit in bilking the nation’s taxpayers to pay a political ransom.” For 43 pages, Brown denounced the settlement agreement as an unconstitutional appropriation without congressional approval, a defect that cannot be waived.

The Executive Branch may wish to favor certain interests on the taxpayer’s dime. It may wish to use the Judicial Branch’s enforcement of settlement agreements to avoid asking Congress for an appropriation. But the Constitution’s design gives the People’s elected representatives a means to thwart these “overgrown prerogatives.” . . . By limiting the “judicial Power” to resolving “Cases” and “Controversies,” . . . the Constitution ensures the Judicial Branch has “no influence over . . . the purse.” . . . Expenditures toward the fulfilment of public policy are integral to policymaking itself, and policymaking is left to the legislature. . . . In short, congressional control over the People’s purse is a structural limit on both the Executive and Judicial Branches.

Enforcing collusive class-action settlements that enrich third parties at the expense of taxpayers constitutes an egregious distortion of the doctrine known as cy-près, which originated in the field of trusts and estates. (It means “as near as possible,” a reference to amending the terms of a trust as closely as possible to the original intention of the settlor or testator.) It’s also an irresistible temptation for abusive litigation, and a fundamental usurpation of constitutional authority. Wrote Brown:

If the Government wishes to achieve certain purposes by expending taxpayer money to people with no monetary claims against the United States, a legislative appropriation is required. No such appropriation exists here. Neither authorizing nor policing a cy pres distribution scheme in a class action settlement with the United States is consistent with constitutional limitations. Because the money was appropriated to pay claims, and those claims have been compensated, the more than $380,000,000 that remains here should be returned to the American People.

Brown closed her dissent with a warning about the dangers of government officials spending “other people’s money” in violation of the Constitution’s system of checks and balances:

Those allegedly discriminated against have been compensated by the public fisc, and that payment occurred via a process that—while ripe with politics and folly—was ultimately permitted by law. But, to the extent the Government would like to additionally account for this discrimination by funding nonprofits and charities that work to end discrimination against Native Americans, this should be the decision of the People and their elected representatives. It should not be the decision of Justice Department lawyers, class counsel, and the judiciary.

This is originalism at its finest.

Perhaps prompted by Brown’s dissent, on June 5, 2017 Attorney General Jeff Sessions announced that, with limited exceptions, Department of Justice lawyers may no longer enter into agreements that provide for payments to third parties, including cy-près agreements. Judge Brown will be missed.

The Age of Macron

Americans with Disabilities Act: An Epic Tragedy of Good Intentions

A Star is Torn