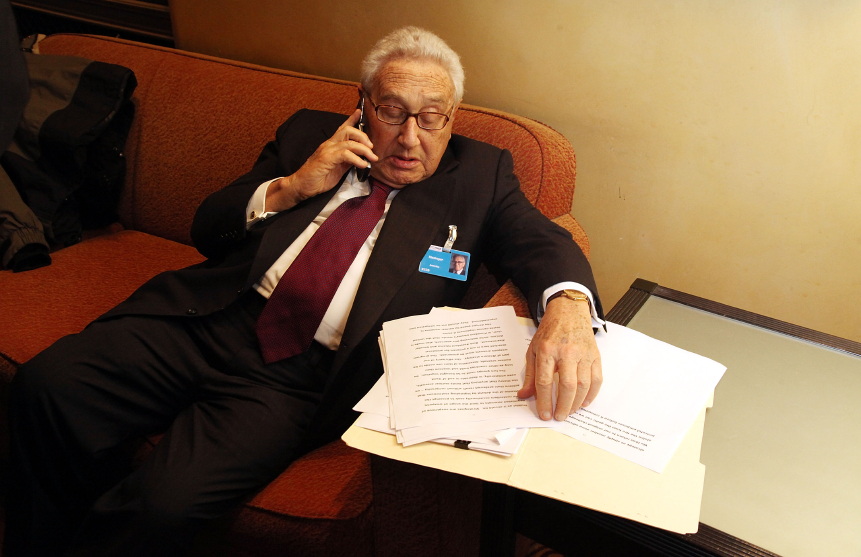 President Barack Obama drew criticism from our ruling class for acknowledging that “we don’t have a strategy yet” for putting an end to the Islamic State that calls for American blood by internetting the beheading of American captives, as well as for his complaisance with China’s harassment of an American aircraft over international waters and with Russia’s invasion of Ukraine. Sooner or later, Obama is sure to order some actions with regard to each of these situations. But even more surely, these will worsen problems rather than fix them because Obama, like the ruling class he represents, does not connect means with ends, wishes with actions.

Our self-proclaimed best and brightest are well-nigh unanimously committed to bringing about some kind of world order. But, although they are not averse to military actions, they are averse to war in the dictionary sense of the word. Hence, for generations, they have intervened in the world’s troubles while ruling out imposing their preferred solutions by force majeure. This titubation has multiplied America’s enemies. By behaving opposite to Machiavelli’s counsel to caress enemies or to extinguish them, and heedless of his warning against doing enemies a little harm, America’s statesmen do enough to stir up beehives but not enough to keep the maddened bees from stinging the rest of us.

This past labor day weekend, as the American people were coming to grips with the fact that major powers and minor thugs seem to have declared open season on us, The Wall Street Journal published a major article introducing a major book by Henry Kissinger, the past half century’s major intellectual guide to international relations titled World Order. Here, some expected to find a well-considered road map to safety. Instead Henry Kissinger delivered yet another of his patented distillations of the ruling class’s conventional wisdom of the day, phrased pretentiously – the art form by which he has prospered since the 1950s.

Like Obama, Kissinger and those who praise him give us ponderous words to clothe the unserious measures by which they try to fend off serious adversaries.

Kissinger, who made a career of selling “world order,” tells us what we already know: that there is no order today (artfully, he says that it is “at a turning point”), because “vast regions of the world have never shared and only acquiesced in the Western concept of order.” Moreover, this order was ever only “incipient” during “a brief moment in human history.”  Now, if the great powers do not establish, jointly, “a contemporary structure of international rules and norms… as a matter of common conviction (what Woodrow Wilson called “a community of power,” what the American architects of the UN dreamed of –which was never about to happen) the world will evolve

into spheres of influence identified with particular domestic structures and forms of governance. At its edges, each sphere would be tempted to test its strength against other entities deemed illegitimate. A struggle between regions could be even more debilitating than the struggle between nations has been.

Hmm… isn’t that what has been happening all along? Do we need Kissinger to tell us? When did he realize this?

Can Kissinger tell us what to do that will stop countless young Muslims from enlisting to kill Americans or stop Russians from trying to reconstruct something like the Soviet Union or to stop the Chinese from pushing us back to Hawaii? Here is Dr. Kissinger’s prescription: “a coherent strategy to establish a concept of order within the various regions and to relate these regional orders to one another.” This is the sort of wisdom by which the wisest of mice advised his fellows that the best way of dealing with the cat is to put a bell around its neck.

What then are Kissinger’s detailed instructions for belling the cat?

Reads a lot like the words that Obama is sure to use to announce his next set of actions or, for that matter, like one of the Bush dynasty’s declarations, or Richard Nixon’s.

In sum, Barack Obama is a small part of our problem, with an expiration date of January 21 2017. Henry Kissinger born in 1923, also has an expiration date. But the approach to foreign policy that they embody will expire only when Americans re-learn to think about foreign affairs in terms of our primary interest – namely, to live in peace – and to recall that the search for peace begins with neutrality in others’ affairs; that when others trouble our peace we impose it upon them by war—war as definitively as we can make it; that we should embrace only ends that we are prepared to effectuate with means, and undertake only actions that will actually achieve the ends desired.  This is common sense to all but to our ruling class, which imagines itself entitled to disregard reality.

The Obamas and Kissingers have big megaphones. But reality commands attention as well.

The Silver Lining of a Very Bad Proposed Amendment