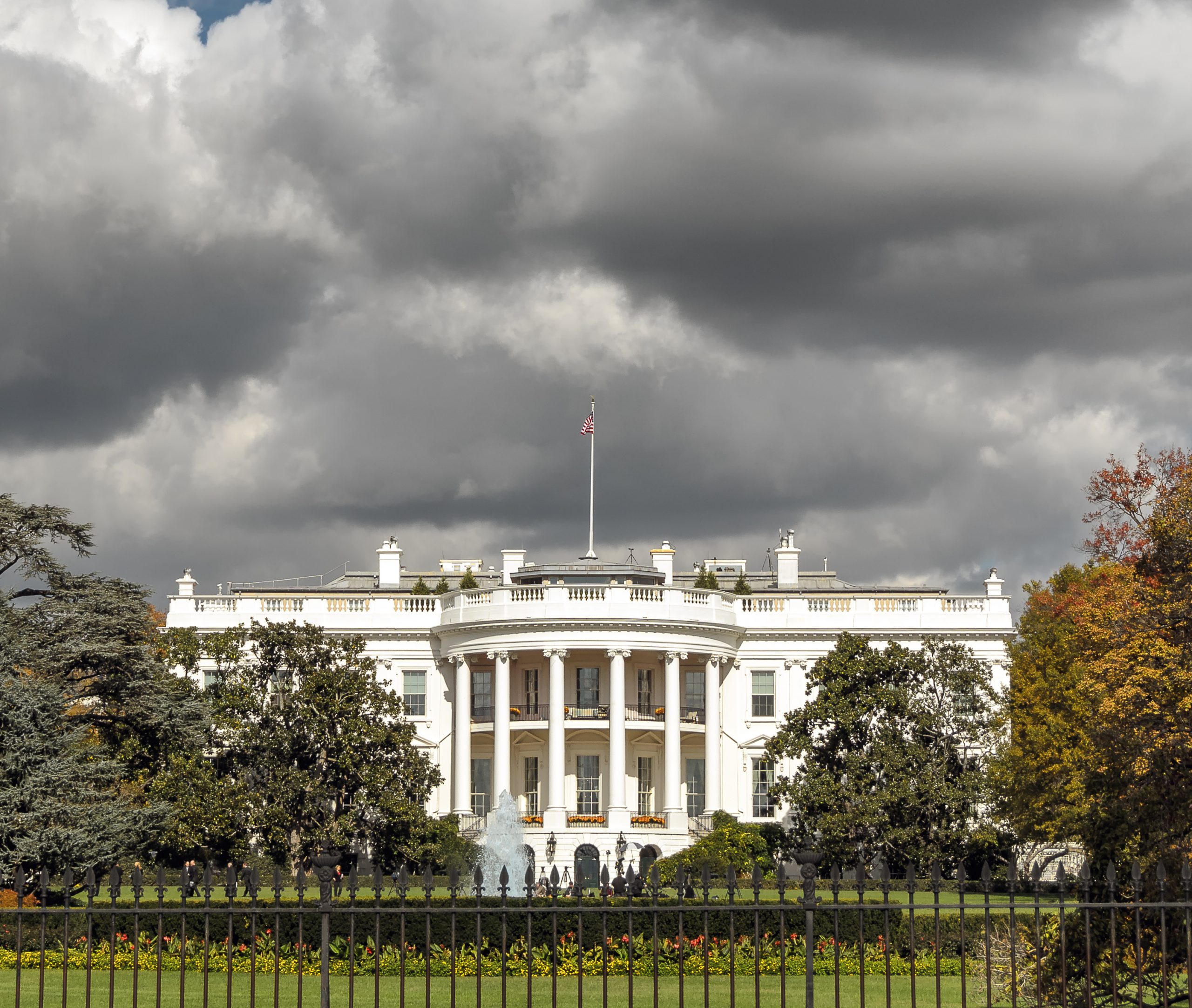 Tweets are often impulsive, especially when they emanate from presidential thumbs. Their meaning should not be overburdened. But impulses can expose genuine thoughts, so the particular modifier President Trump deployed to twist the shiv in Attorney General Jeff Sessions was at least suggestive: His chief law-enforcement officer had assumed a “weak position on Hillary Clinton crimes (where are E-mails & DNC server) & Intel leakers!”

Note that Sessions is being upbraided not for taking an unjust position but for taking a “weak” one. Weakness was said to be Reince Priebus’ sin, too. Some reports had the President unimpressed with the dignified, which is to say silent, position Priebus took under foul-mouthed fire from the White House Director of Communications, Anthony Scaramucci (he whose name is a lot like the Italian word for “skirmish,” and who, as of yesterday, is no longer the White House Director of Communications).

Weakness is the ultimate putdown, the unpardonable sin in Trump’s world, for what is it but the first slip toward “loser.” Such bravado constitutes no small part of his appeal. “America will start winning again,” Trump pledged in his inaugural, “winning like never before.”

This is the serious question that Trump must answer if he is to right—by all means, please do read into that verb—his presidency. To pose the question another way: Is Trumpism method or is it substance? Is it about winning simply, or winning something specific?

It would be a mistake to dismiss Trumpism as merely method, or for that matter to dismiss method as merely unimportant—just as it has been a relentless error to consign Trump to the political ashes from which he consistently rises. As David Azerrad has noted, the President returns repeatedly to a set of substantive commitments: restricting trade and immigration, repealing Obamacare, and pursuing a nationalistic foreign policy among them.

To what extent these are substantively conservative or otherwise recommend themselves is a separate debate. The question here is whether the method of Trumpism is compatible with its substantive ends. Trumpism consists of an uneasy balance of the two that the President will have to figure out how to reconcile. As of now, as Sessions (not to mention Priebus and Scaramucci) can attest, the method is endangering the substance.

Not everyone has a problem with that. For many of Trump’s supporters, the method is the point. They are drawn to his “strong” and “disruptive” style as it is measured in his willingness to be “anti-PC” and to “speak his mind.”

Some of those who are drawn to the method seem strikingly ambivalent about the substance—see, for example, Trump voters’ divisions on Obamacare. What the mainstream press has not yet figured out about Trump is that the same scandalous behavior they keep expecting to sink him reinforces, by virtue of its very outrageousness, what these voters most admire.

To be sure, substance and method are not wholly separable. To the extent excessive deference to traditional political norms impedes the needs of the average American—or has so consistently impeded them that one could reasonably draw a causal connection—disruption may itself yield inherently substantive results. The calculation appears to be a gamble among a variety of constituencies for a variety of reasons—economically and socially distressed voters in the Rust Belt and Appalachia, cultural conservatives, constitutionalists—that nothing conventional has worked, so a Hail Mary pass might.

But the method of Trumpism raises serious questions for conservatism. Conservatism should resist the sudden disruption of norms, especially when it is pitched as a desperation move with suicidal stakes. Informal norms are at least as important as laws are to the conservation of political tradition and of liberty, which is why Edmund Burke wrote that a social revolution seeks to destroy customs first, leaving only raw power—read: “strength”—intact amid the rubble.

“Power, of some kind or other,” wrote Burke, “will survive the shock in which manners and opinions perish; and will find other and worse means for its support.”

This is lost on Scaramucci, who, notwithstanding his swift departure, nonetheless exemplifies the method of Trumpism. During his hasty interval in the West Wing, Scaramucci offered this phenomenology of the American Founding:

Setting aside the “rich guys” part, it seems safe to say the former communications chief is unfamiliar with his Willmoore Kendall and George W. Carey. What is striking about the long arc of the American Founding is the extraordinary political continuity traceable from the Mayflower through Philadelphia.

A Manichean obsession with winning and losing is the weltanschauung of a President who cannot sustain macroeconomic growth because he sees everything as zero-sum rather than value-added. Perhaps it is the real estate background, a business notorious for the greasing of palms. Only one person can occupy a given plot of land. But two people can trade a good and both come out ahead. Adam Smith wrote a pretty good book on this.

More disturbingly, winners and losers is the outlook of someone who values only strength, not decency, and only will, not reflection. Jay Nordlinger was among the first to see where this was headed, this single-minded focus on winning and losing, weakness and strength. It may explain the utter fungibility of policy commitments over the course of Trump’s  life even over the last few months. Conversely, the insistence on a “strong leader” is the posture of a people losing its political maturity.

We might say of disruption as method what George H.W. Bush said of competence as a philosophy—that it keeps the trains running on time but doesn’t know where they’re going. Disruption switches the tracks without knowing where they lead—unless it derails the locomotives altogether, which is the eventuality Trumpism may soon face.

The rejection of norms—according to one report, White House aides know the best way to get Trump to do something is to tell him it violates custom—has been derailing this presidency from the beginning. Norms are useful hedgerows and the areas in which he has been most erring have been precisely where the traditions of the office would most have protected him.

Consider his lashing out at the Washington Post, which ill becomes a man of Trump’s station and is, besides, almost certainly good for subscriptions. Trump has taken to calling the paper the “Amazon Washington Post,” an unsubtle attempt to needle Jeff Bezos, who runs Amazon and owns the Post. In the course of a Twitter tirade, Trump offered the ominous suggestion that the Post was being used to cover for “Amazon’s no tax monopoly.”

This was classic Trumpist method: Take a punch, punch back. He’s a fighter who wins. Adverse news is fake news. Yet the punch, probably unreflectively, entailed implicit support for sales taxes on all online purchases. Such a policy, besides being incompatible with his professed economic philosophy, would bring in major new tax revenues but would hit his base the hardest—to say nothing of the extraordinary governmental power inherent in a head of state’s threatening the tax status of a private enterprise whose CEO has criticized him. The tweet, and the policy intention that one could tease out from it, only make sense in a world where there are not principles and disagreements but rather winners and losers. In this world, the Post, opposing Trump, is by definition a loser.

The method of Trumpism, the obsessive focus on wins, right now, and regardless of what they contain—witness the President’s marching House Republicans off a plank on healthcare in pursuit of any victory within his first hundred days, then calling the waters into which he plunged them “mean” when the sharks emerged—is systematically, or rather unsystematically, sabotaging the substance. Members of his own party on Capitol Hill cannot sustain any momentum or focus on legislative matters because they do not know what tweet, distraction, upbraiding, or reversal is coming next.

Trump’s premature political burial has been proclaimed before, and it is well to recall that President Clinton’s party was secretly wondering, at a comparable point in his presidency, how long they had to put up with his seeming incompetence. The steadying hand of General John Kelly as Trump’s chief of staff may yet impose order. Americans who cherish the preservation of republican norms should hope it does. Of course, since Kelly is not the first professional hand to be brought in to force discipline on Trumpism, there are reasons for doubt. One cannot force order on a phenomenon whose essence is disorder.

The question thus boils down to which Trumpism aspires to be: the method or the substance. It cannot forever be both. One can wonder whether either is conservative. The method certainly is not. Distinguishing between them would at least enable a clearer conversation on the nature of the substance.

Bush never caught on to the fact that a growing number of Republican voters expected Republican politicians actually to change the rules.

It might be helpful that President Trump has switched up how the game is played with North Korea.

Losing the House May Help Trump More Than It Hurts Him

Despite all appearances, the Democratic takeover of the House increases the odds of Trump’s reelection in 2020.