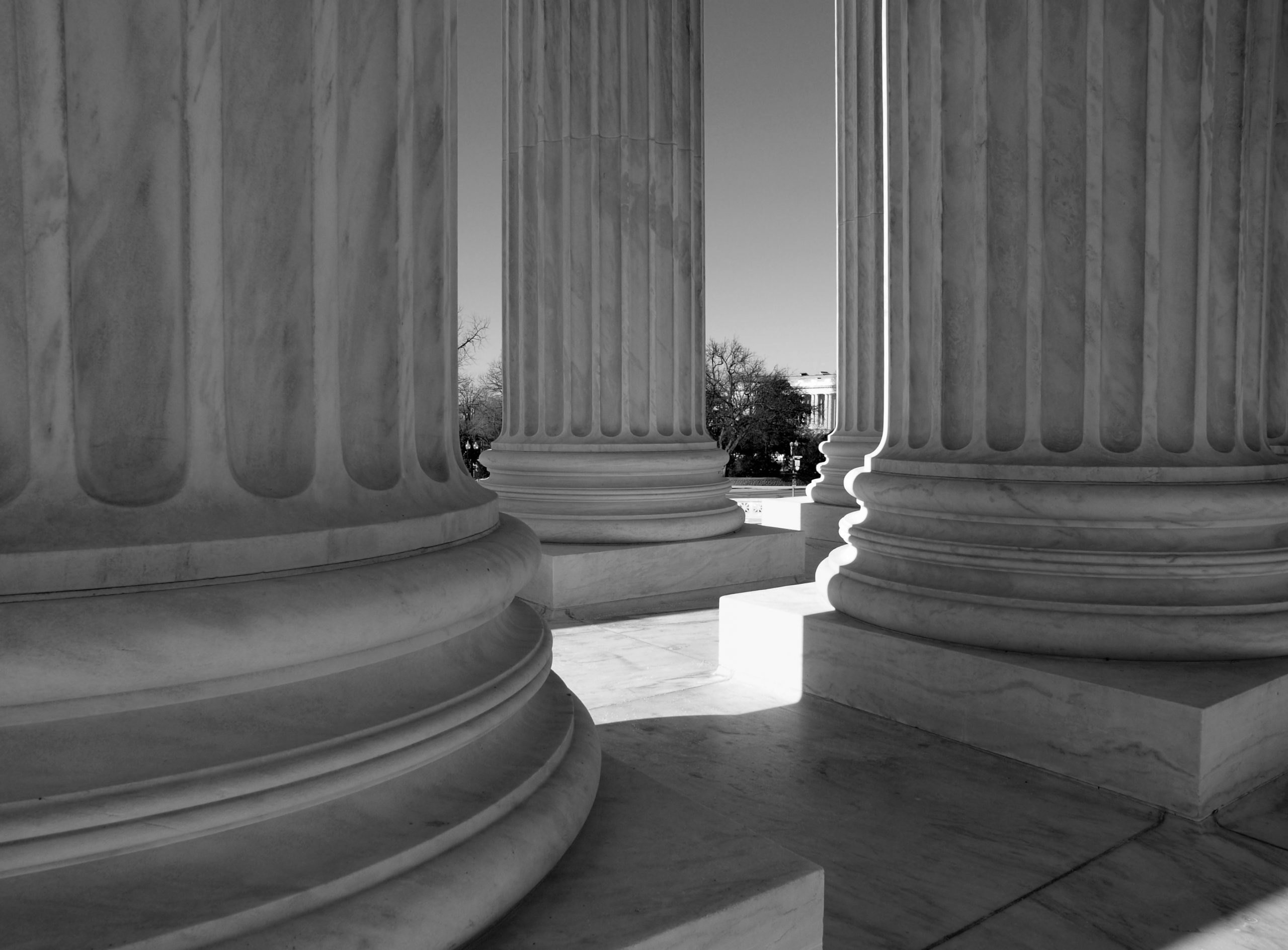 What prompts a man to change his mind on a serious matter after 35 years, and should the reversal be met with pride (for eventually getting it right), or chagrin (for taking so long)? For reasons of vanity, I’m going to take a positive tack and choose the former.

“Wisdom,” Felix Frankfurter once remarked, “too often never comes, so one ought not to reject it merely because it comes late.” Allow me to explain.

Unlike most of my conservative colleagues, until recently I harbored sympathy for the pre-1937 notion that certain economic liberties are protected by the U.S. Constitution, even if they are not specifically mentioned (or, in constitutional law parlance, enumerated). I credit Clark Neily—the libertarian author of Terms of Engagement (2013)—for finally persuading me of the correctness of Robert Bork’s objection to “substantive due process” theories, such as the one employed by the U.S. Supreme Court in Lochner v. New York (1905), on the ground that they are untenable and ineluctably lead to decisions like Griswold v. Connecticut (1965), Roe v. Wade (1973), and Obergefell v. Hodges (2015). But I get ahead of myself . . .

Earlier this year, during a debate with Neily at the Manhattan Institute regarding judicial engagement versus judicial restraint, he reminded me of something I had written about economic liberties 35 years ago, as a 26-year-old lawyer. The essay, in the Spring 1982 issue of Policy Review—which at that time was published by the Heritage Foundation—contained some fulsome praise of Lochner as a constraint on rent-seeking in the political process. In hindsight, I realize that my essay exhibited the combination of enthusiasm and certitude that only an idealistic twenty-something can generate.

While I was hardly a doctrinaire libertarian at that time, my instincts as a devoted classical liberal were to accept the validity of “freedom of contract”—the basic instrument of capitalism—as a tenet of constitutional dogma. I had adopted Milton Freidman’s credo that economic freedom is a necessary, but not a sufficient, condition for political freedom. Since the Framers believed in freedom, and drafted a Constitution to preserve that freedom, I was willing to presume that they intended to protect voluntary contractual arrangements from political interference. Influenced significantly by Bernard Siegan’s vigorous defense of Lochner in his seminal 1980 book, Economic Liberties and the Constitution—a revelation in its day—I willingly suspended my disbelief and became an avid fan of the Lochner jurisprudence.[1]

My fervor was sufficient to attract the attention of a young lawyer, then in private practice, named David Bernstein, who cited my Policy Review essay several times in a 1992 paper he wrote for the Cato Institute, entitled “Equal Protection for Economic Liberty: Is the Court Ready?” Bernstein, of course, is now a distinguished legal scholar who took Siegan’s exhumation of Lochner to the next level in his insightful 2012 book Rehabilitating Lochner: Defending Individual Rights against Progressive Reform.

Even in 1982, I held traditional—which is to say conventional—conservative opinions about other areas of constitutional law, including opposition to judicial activism and what were then (in the pre-originalism era) called “noninterpretive” theories of constitutional law.[2] But like the lifelong affection we have for the music we listened to in high school, my early attitudes about economic liberties stayed with me over the years, in part due to my friendship with Bernie Siegan. As a practicing lawyer, I had little inclination for scholarly reflection, and was later drawn to other topics in any event.

When, decades later, I revisited the subject of Lochner, as I did in a 2015 article in National Review, I toned down my 1982 zeal for substantive due process, stating simply that “most economic liberties and property rights unjustifiably lost their status as ‘fundamental rights’ in the 1938 Carolene Products decision, and the Court has improperly abdicated its duty to protect those rights.”

Unlike my conservative colleagues, such as Ed Whelan, who support judicial restraint across the board, and libertarians who embrace the theory of unlimited “unenumerated rights” pioneered by Roger Pilon and Randy Barnett, I found myself awkwardly straddling both camps. I was the atypical conservative who supported Lochner (judicial protection for economic liberties) but not an open-ended license for making up new rights. And so things stood going into the debate with Clark Neily in February. I was defending the principle of judicial restraint—“channeling Robert Bork,” I quipped—and Neily was defending the theory of judicial engagement.

A central area of disagreement between the two camps is the existence of “unenumerated rights.”  Neily used my past defense of Lochner to highlight the incongruity of my current advocacy of a limited judicial role. It was therefore logical for the debate moderator, the Manhattan Institute’s  Jim Copland, to ask me why I supported unenumerated rights in one context (economic liberties) but not elsewhere, such as sexual privacy, abortion rights, and same-sex marriage.

I responded by pointing out that economic liberties, unlike other aspects of personal autonomy potentially subject to judicial recognition as a due process “right,” had previously enjoyed constitutional protection; moreover they were “deeply rooted in the nation’s history” under the standard articulated in Washington v. Glucksberg (1997). There was, I added, a way to invalidate many misguided economic regulations and occupational licensure measures without invoking substantive due process: judges could simply refuse to recognize naked protectionism as a valid exercise of the police power. The reasoning of Lochner could be tweaked to cabin judicial discretion.

But the question lingered in my mind. Proponents of judicial restraint such as Bork and his frequent ally, law professor Lino Graglia of the University of Texas, regarded any and all invocations of substantive due process as illegitimate from an originalist perspective.  Conversely, the theory of judicial engagement draws no distinction between economic liberties and other unenumerated rights. For the advocates of judicial engagement, even resurrecting Lochner would not go far enough.

After some reflection, I reluctantly—and belatedly—acknowledged that my straddle was untenable. The two camps are incompatible.

Given a choice between judicial restraint and judicial engagement, I chose restraint. Mea culpa. Frankly, in making this decision, I was swayed by an increasingly mutinous judiciary and the Left’s capture of legal academia.

Let me spell out other factors I considered.

One was recognizing the allure of the “perfect constitution.” Professor Henry Monaghan wrote an insightful article in 1981 in the New York University Law Review[3] that made the often-overlooked point that legal theorists tend to regard the Constitution as embodying the values necessary for an ideal society. We “worship” the Constitution and are tempted to interpret it as if it represents whatever principles of moral philosophy we subjectively believe would produce justice. Frequently these track with our own economic and political beliefs.

Thus libertarians, and classical liberals who believe in the importance of free markets and contractual autonomy, can gaze into the Constitution and manage to find those values protected as rights. (Liberals tend to do the same thing, regarding abortion rights and same-sex marriage.)  It’s wishful thinking, of which I confess to have been guilty in my youth. Monaghan concludes with the observation that “perhaps the constitution guarantees only representative democracy, not perfect government.” Perfection, or “nirvana,” is a utopian concept.

Another factor was the enduring wisdom of Robert Bork. The former Yale law professor was shamefully denied confirmation to the Supreme Court in 1987—30 years ago. He died in 2012, and, unfortunately, his legacy is not as large and lasting as it should be. I am a big fan of the late Justice Scalia, but Bork had a more distinguished career than Scalia did as an academic, scholar, lawyer, and public official before joining the bench. (He served as U.S. solicitor general, was a partner at Kirkland and Ellis, then and now one of the nation’s finest law firms, and wrote a seminal work of law and economics in 1978, The Antitrust Paradox.) Had Bork been allowed to serve on the Court, I have no doubt that his jurisprudence would have been equally influential, if not more so. His 1990 book, The Tempting of America, remains an indispensable—even prophetic—treatment of the role of judges.

Last but certainly not least influential in my change of heart: the “Spirit of Liberty.”

That is the name of the famous address given by Second Circuit Judge Learned Hand, sometimes regarded as the most consequential jurist who did not serve on the Supreme Court, during World War II. Judge Hand, speaking to a large crowd in New York City’s Central Park on May 21, 1944 on “I Am an American Day,” paid tribute to the spirit of democracy—something now denounced in some circles as “majoritarianism.” For democracy to work, we have to have faith in the ability of our fellow citizens to make sound political decisions. Hand’s point was that the “spirit of liberty” ultimately lives in people’s hearts, not in courtrooms:

As the political theorist George Carey pointed out, if there is a sufficient consensus of moral values that would allow a court to overturn a law on that basis alone, why would we assume that the people’s elected representatives would act contrary to that consensus?[4] The Framers believed in self-government. The Constitution, after all, begins with the words “We the people.” Any theory that treats “consent of the governed” with contempt is highly suspect.[5]

I thank Clark Neily for helping to clarify my thinking.

[5] See Roger Pilon, “Lawless Judging: Refocusing the Issue for Conservatives,” Georgetown Journal of Law and Public Policy 2 (2001), 6. Pilon wrote that “The courtroom, after all, is often the only institution that stands between us and the barbarians, however garbed those barbarians may be.”

What we require is not judicial restraint, but a different sort of judicial engagement that develops the traditions of republican government.

The Court is activist when it acts on its own discretion rather than on the basis of a clear dictate of law.