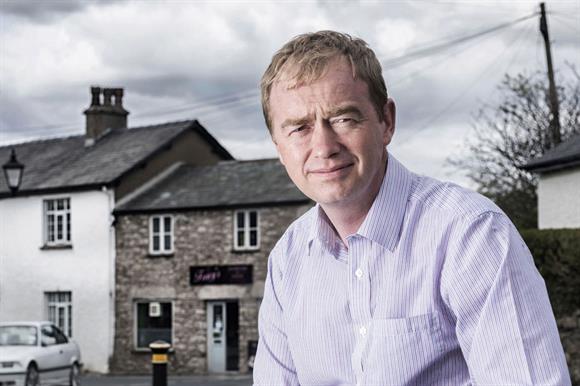 This week Tim Farron, the leader of the British Liberal Democrats, resigned  because he found his Christian faith incompatible with leading his party. Apparently, the problem was that while he agreed with the Liberal Democratic position that homosexual relations and same-sex marriage should be legal, he also believed, like many Christians, that homosexual relations were wrong.  Many party colleagues found the combination of these two positions intolerable.

But this kind of combination traditionally defined the essence of liberalism, supposedly the guiding light of Farron’s party.  Liberalism was exactly the view that government had no business regulating actions or beliefs unless they could be demonstrated to cause concrete harms to a third party. As a result, liberals have supported legalizing all sorts of matters that they may have believed immoral or imprudent. In my view, the best test for a liberal is the willingness to tolerate behavior of which he morally disapproves.

Over on this side of the Atlantic such liberalism is in trouble too. The stirs on campus these days come from students who refuse to tolerate views that they consider immoral. If the choice is between stamping out new forms of immorality (which turn out in some cases to be the opposite of old forms of immorality) and jettisoning the liberal principle of free speech, so much the worse for free speech.

Identity politics is a primary cause of the decline of liberalism.   Some members of the Liberal Democrats no doubt would argue that it is impossible to have a party leader who “challenges” their identity. And the students on American campuses often justify their disruptions on the claim that a speaker is undermining their very identity as a minority or a woman.  But Farron’s religion is also likely part of his identity as well.  Indeed,  liberalism got its start in the Enlightenment by promoting religious toleration. Toleration meant that religious beliefs (and thus aspects of personal identity) could be challenged so long as they were never legally sanctioned.

As a psychological matter, it may be true that people need to rest their politics on identification rather than abstract ideals.  That is why civic norms and civic education are so important.  Our identity as Americans was historically not based on race or ethnicity, but on the Constitution, itself an Enlightenment document full of liberal ideals like free speech.  The United Kingdom’s identity was also connected to its tradition of liberalism and fair play. What threatens our liberal order today is that this kind of identity is losing out to the identities created by multiculturalism and sexuality. That the leader of Britain’s liberal party must resign for being a liberal symbolizes liberalism’s current plight.

Mark Pulliam misunderstands the antagonisms that underlay section 501(c)(3) and still undergird a host of other speech restrictions.

The Business End of Transnational Progressivism

Transnationalism is a concept that provides elites with both an empirical tool (a plausible analysis of what is) & an ideological framework.

Social Democracy Is Not Ending (Unfortunately)

Patrick Deneen thinks liberalism has reached a dead end, but perhaps it is only social democracy whose fate is sealed.