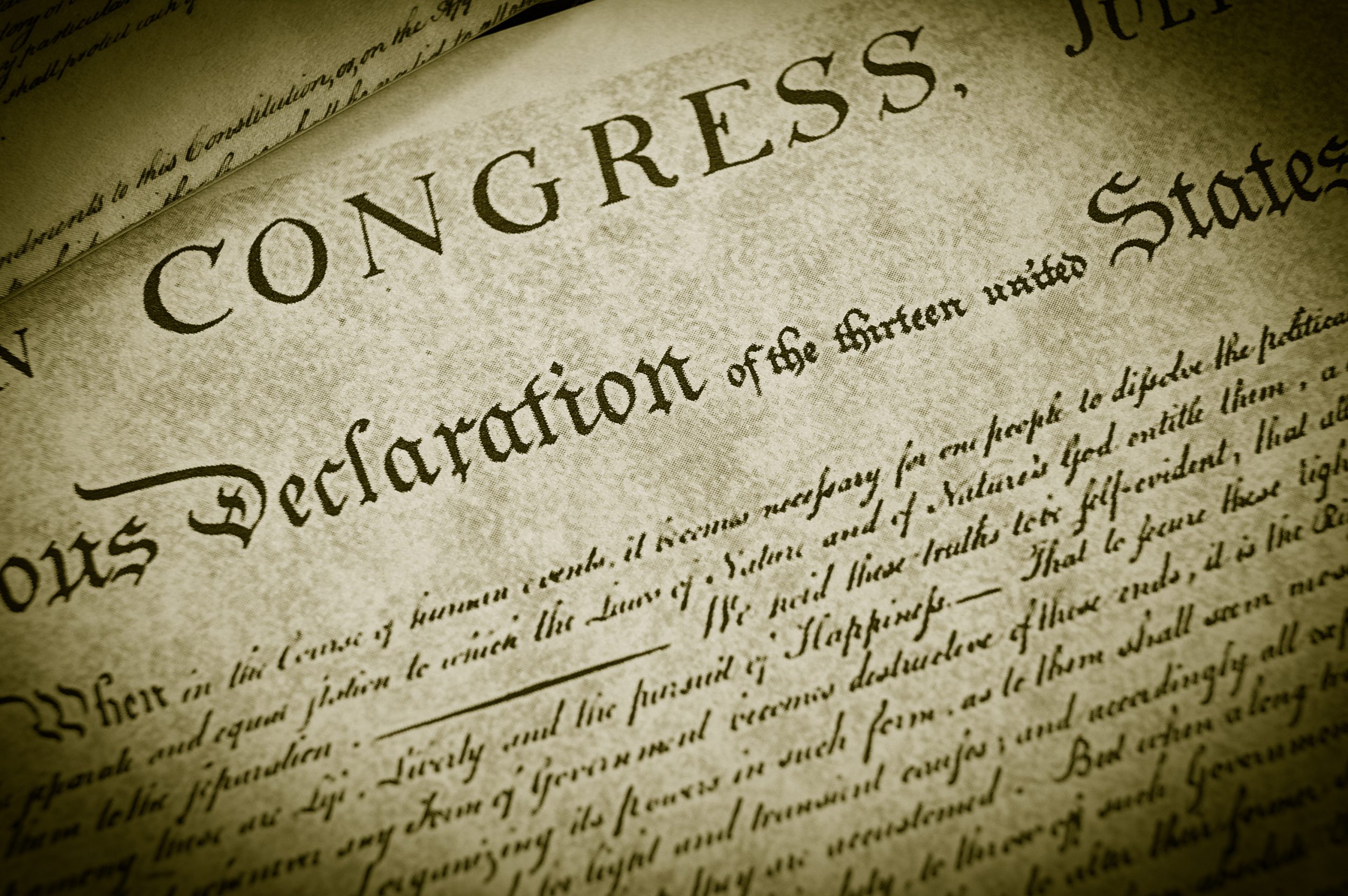 The Declaration of Independence famously affirms inalienable rights to life, liberty, and the pursuit of happiness. As I discussed last week, the heavy lifting of the adjective “unalienable” means that people cannot give or otherwise transfer these rights away. Inalienability is a restriction on rights’ holders. This immediately changes implications of the terms. To wit, today Americans often think of liberty as “autonomy.” Indeed, in the Supreme Court notably defines the Fourteenth Amendment liberty guarantee as a protection of individual autonomy. According to the Declaration, however, inalienable rights to life and the pursuit of happiness exist in tandem with liberty. In the philosophy of the Declaration, “liberty” cannot mean, say, a right to alienate one’s life by committing suicide, assisted or otherwise. So the inalienability of the rights to life and to the pursuit of happiness necessarily structure the meaning of liberty in the Declaration.

But what about “the pursuit of happiness”? Today this phrase is usually understood to mean something like the right to chase after what gives one emotional happiness. That construction, however, makes the phrase effectively redundant with “liberty,” in the sense that both recognize a right to do what one wants to do. More knowledgeable readers, thinking of Locke or the Fifth and Fourteenth Amendments, suggest that “happiness” is merely the Declaration’s synonym for property. And, to be sure, the right to acquire the material conditions for life is an implication of this commitment. But there’s more.

Before considering “happiness” proper, we need to look at the “pursuit” part of the phrase. Commentators often remark that the Declaration does not guarantee the right to obtain happiness, only the right to pursue what makes one happy.

That’s probably an incorrect reading of the word’s import. First, the internal evidence in the Declaration is inconsistent with such a construction. Only a couple of clauses down the Declaration affirms that when a government no longer secures the rights to life, liberty, and the pursuit of happiness, the people have the right to “institute new government” on such principles and in such form “as to them shall seem most likely to effect their safety and happiness.” The Declaration here refers to government forms and principles that establish or result in safety and happiness, not the conditions that allow people to seek after happiness.

This later use of “happiness” complicates the notion that the earlier reference to the “pursuit of happiness” means only the right to chase after happiness. But what else could “pursuit” mean?

In a 1964 article in the William & Mary Quarterly, titled “The Lost Meaning of ‘The Pursuit of Happiness,’” historian Arthur M. Schlesinger argues that “pursuit” should be understood when used in referring to, say, “the pursuit of law” or “the pursuit of medicine.” That is, pursuit refers to practice or vocation. This reading has the virtue of being more consistent with the Declaration’s later invocation of “safety and happiness.”

As Schlesinger points out, understanding “pursuit” in this way gives a different cast to the phrase. If correct, the Declaration affirms “the practicing rather than the quest of happiness as a basic right equally with life and liberty.”

Understanding “pursuit” in this fashion raises its own questions. Few today refer to the practice or vocation of happiness, at least without meaning one devoted entirely to one’s own pleasure.

The political use of happiness around the founding meant something different, something more akin to eudemonia, meaning felicity or well being broadly understood. Critically, it commonly included an ethical or religious dimension. For example, in a letter to James Monroe in 1786, James Madison comments,

There is no maxim in my opinion which is more liable to be misapplied, and which therefore needs elucidation, than the current one that the interest of the majority is the political standard of right and wrong. Taking the word “interest” as synonymous with “ultimate happiness,” in which sense it is qualified with every necessary moral ingredient, the proposition is no doubt true. But taking it in its popular sense, as referring to the immediate augmentation of property and wealth, nothing can be more false.

Uses in public documents of the era include notable examples, such as the Massachusetts Constitution of 1780, which affirms that “the happiness of a people . . . depends upon piety, religion and morality. And, similarly, the Northwest Ordinance provides that “religion, morality, and knowledge” are “essential to the happiness of mankind.” Similar quotations references could be multiplied.

Now to put the phrase together again and stick it back into the Declaration. First, asking what it means that the “pursuit of happiness” is an inalienable right. Secondly, what does its inclusion as a right coordinate with life and liberty mean for the Declaration’s affirmation?

Per the Declaration, as with life and liberty, the pursuit of happiness is a right endowed by a creator and therefore is a right that cannot be alienated. As above, if the pursuit of happiness simply means the seeking after whatever one thinks would make one happy, then its inalienability makes little sense. But if the phrase refers to the practice or vocation of virtue’s felicity, then the inalienability of the right has bite. Just as humans do not have the right to commit suicide if life is an inalienable right, so, too, humans do not have the right not to engage in the pursuit of happiness, we do not have the right to forego our divinely-appointed eudemonic vocations. Indeed, as the Declaration affirms, governments are established to secure this right, coordinate with the rights to life and liberty. And governments can be replaced by the people if they become destructive of those rights.

So, too, the inalienability of life and happiness’s pursuit necessarily structures what liberty means in the Declaration. It simply cannot mean autonomy. Indeed, if the reading above is at all in the ballgame, then the Declaration’s articulation of inalienable rights to life, liberty and the pursuit of happiness harkens to the old distinction between liberty and license. Because these rights are inalienable, there can be no right to licentious behavior, and there cannot be any such right regardless of whether that behavior implicates other people or not. Needless to say, such an affirmation flies in the face of most educated sentiment in the U.S. today.

Indeed, much modern American opinion and, more pointedly, modern judicial opinion, makes it a point to reject precisely that conception of liberty. And while broad swaths of Americans, even if only a sizeable minority these days, may still believe something akin to what the Declaration affirms, we don’t recognize that the Declaration does affirm it. The moral vocabulary of the American founding is a lost language for Americans today. To be sure, there are many who would respond “and good riddance” to that moral vocabulary. Still, while the words may be the same, it’s worth noting that Americans today sing distinctly American propositions in a different key. And it’s fair to ask whether the music is so different today that we’re really singing an entirely different song.

Madison and the Liquid Constitution

Eugenics, American Progressivism, and the ‘German Idea of the State’

How could the very same reformers who fought for "the people," who struggled to help the children and working men, ever have supported eugenics?

Jonah Goldberg’s Suicide of the West introduces us to a (mostly) soulless rhetoric of liberty.