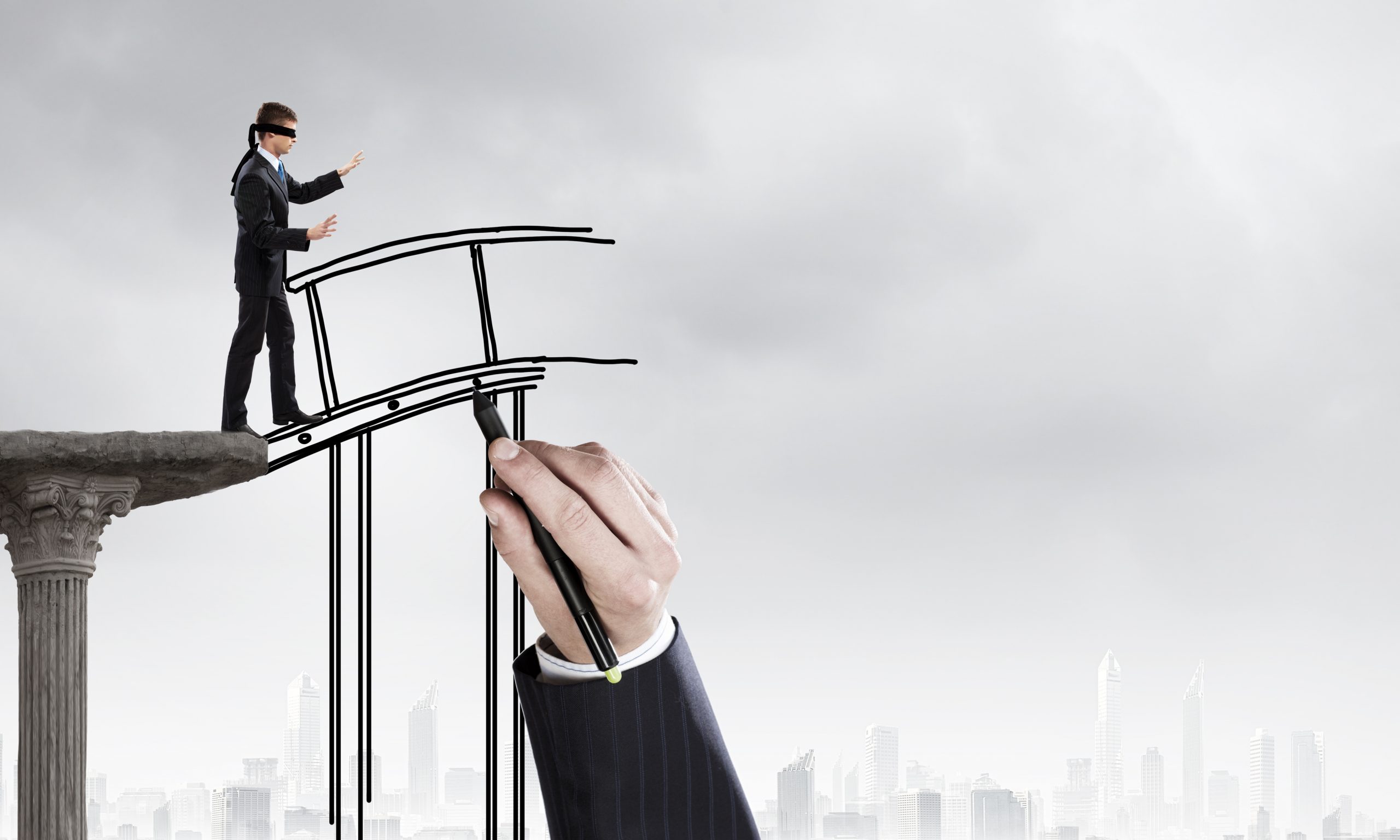 Martin Wolf’s The Shifts and the Shocks—What We’ve Learned—and Have Still to Learn—from the Financial Crisis is a long book.  Even for those of us fascinated by financial cycles and crises, it takes patience to read through it.

Amidst the long discussion are a lot of provocative financial thoughts, intertwined with a constant, naïve faith in the future superior knowledge and future ability of central bankers and other bureaucrats successfully to tell other people what to do.  Wolf never claims this knowledge and ability have been demonstrated in the past—he fully admits that experience demonstrates the opposite–but he never seems to doubt that it can save us in the future, if these solons just get better economic ideas.  In this way, he misses the most difficult and interesting element of the problem: the inescapable uncertainty and unknowability of the future.

The great German philosopher, G.W.F. Hegel, believed in the Prussian civil service as the key force allowing the State to lead history upwards.  This belief, which we may call bureaucratophilia, was brought by Woodrow Wilson and the Progressives of his time from Imperial Germany to the United States.  It retains a stubborn hold, in this country and elsewhere, on the minds of many intelligent people, including many economists.

“The crisis put all our thinking about economics,” Wolf writes, “into question.”  He admits that “I did not foresee a crisis of such a magnitude…or so huge a turmoil within the Eurozone.”  Neither did high government officers: he cites Ben Bernanke’s unfortunate 2004 pronouncement that central bank wisdom had led to “the Great Moderation.”

We can all agree that pre-crisis views of many experts in the government as well as in the private sector, remind us of this expert opinion: “I cannot imagine any condition which could cause a ship to founder.  I cannot conceive of any vital disaster happening to this vessel.  Modern shipbuilding has gone beyond that.”  That was the Captain of the Titanic speaking, displaying the common inability to imagine in good times, how very bad the bad times will be.  As Wolf confesses, “I lacked the imagination to anticipate a meltdown of the Western financial system.” So did former Treasury Secretary Timothy Geithner, who reflected, “Our crisis was largely a failure of imagination.  Every crisis is.”   Where the required imagination to come from is a hard question indeed.

Wolf correctly observes that “The pre-crisis conventional wisdom, aptly captured in Mr. Bernanke’s speech…stands revealed as complacent, indeed vainglorious.”  His book “aims to learn from that mistake.”  Nonetheless, he remains a bureaucratophiliac, which seems a lesson not learned.

Likewise, in a hackneyed vein, Wolf writes of “Faith in unfettered financial markets” and suggests it is a “form of economic hubris.”  Let us leave aside that there have not been any “unfettered” financial markets for a very long time, if ever, and these markets were and are shot through with regulation and distorting government guarantees.   Consider instead, as Wolf never does, the parallel and contrasting thought: “Faith in unfettered bureaucracy” is a “form of political hubris.”  That faith is particularly embodied in the U.S. Dodd-Frank Act, which dreamed of creating and did create regulatory bodies independent of bothersome democratic checks and balances.  Dodd and Frank were, probably unconsciously, good disciples of Hegel and Prussia.

“Inevitably,” Wolf writes, “crises undermine confidence in elites.”  This he sees as something to deplore, but it seems to me a good thing, and that skepticism about elites is required for democratic robustness.  Why should we want people to have trusting faith in, for example, the Internal Revenue Service, the State Department, the Veterans Administration, or the Secret Service, to name a few recent scandals, or in a central bank which assures us that it has created a Great Moderation?  Power corrupts as assuredly as leverage makes risky.

“The loss of confidence in the competence and probity of elites inevitably reduces trust in democratic legitimacy,” is Wolf’s further view.  To the contrary, at least as far as political elites go, democratic legitimacy depends on the ability to lose faith them and vote them out.  Of course, you cannot vote out the bureaucrats.

In spite of the fact that Wolf knows that “notwithstanding all the regulatory reforms, the system is bound to fail again,” he and many other people long for political elites and bureaucratic agencies who are going to create structures so there will never be any more financial crises.  But they are not going to find them.  Consider the record, as Wolf records it:

This sobering list curiously leaves out the massive 1980s bust in the U.S., which combined the implosion of the savings and loan industry with bursting bubbles in oil and farmland, which were added to the huge losses from defaulted Latin American and other sovereign debt.   During all of these financial adventures, the governments, their central banks and their agencies were busily legislating, printing, and regulating away.  There was not the least resemblance to “unfettered financial markets.”

Also not included is any mention of the currency crises of the 1960s, during what Wolf regards as the golden age of very regulated, or in his term, “caged” finance.  These culminated in the collapse of the global Bretton Woods monetary system in 1971.   From that collapse emerged in the 1970s the world of pure fiat currencies, floating with respect to each other, which is what we’ve still got.  This system gives to central banks the greatest possible discretion to carry out their theories.  About it, Wolf observes: “It is at least clear that the world of floating fiat currencies, one of which is a reserve currency, is highly unstable.” But he also says: “Fixed exchange rates are a recipe for instability.”  What to do?  Reviving J. M. Keynes’ losing proposals at the 1944 Bretton Woods conference, Wolf wants instead to create “global [fiat] money.” This would need to be in the hands of global bureaucrats. Good luck.

Why doesn’t ever more regulation and bureaucracy work?  Wolf points out that key to financial crises are “false beliefs about an uncertain future” which are widely shared—including in the government and its central bank. “Regulators, politicians, and the economists who advised them…were prey to the very same cognitive errors” as everybody else.  Very true.  This is not a problem of a lack of intelligence or diligence, but of the unknowability of the future.  And so it is likely ever to be.

Approvingly citing my old friend Hyman Minsky’s theory of financial fragility, Wolf argues that financial crises are endogenous developments, “events that emerge from within the system.”  But who is “within the system”?  For a bureaucratophiliac, it is natural to think that the banks and private markets are in the system, while the governments, regulators and central banks occupy the empyrean, looking down and controlling the system from above, outside the fray.  The reality is that everybody, including the governments, regulators and especially the central banks, is within the system, part of the vastly complex, recursive, unpredictable interactions which endogenously give rise to the crises.

Considering the battle of economic and financial ideas, says Wolf, “This is a very old set of debates.”  Indeed it is.  The Shifts and the Shocks is a useful compendium of these debates.

Imperfect markets don't mean that regulation is the answer; competition often does a better job than bureaucracy at improving outcomes.

The Advantages of Soft Regulation

Regulation often leaves us poorer and less free because it is crafted in a way that disrespects liberty and human judgment.

Paying the Piper May Not Justify Calling the Tune

Why do we accept the idea that the federal government can expansively regulate every aspect of the institutions they help fund?