Last week, during one of the back-to-back snowstorms nature has inflicted on New England in much the manner of a chain smoker lighting one cigarette from the end of another, a snow plow backed into my fence, knocked a section of it over and slunk off like a shame-faced thief into the night. Something similar happens when a feckless American foreign policy invites aggression.

Or, OK, not, but don’t tell Senator Lindsey Graham, for whom no bad thing happens without a vacuum of American leadership being to blame. It is perhaps an overstatement regarding overstatement to award anyone the distinction of having made the single most inane remark on the situation in Ukraine, but Graham—whose thumbs need to be separated from his Twitter account—has made a compelling case. “It started,” he tweeted—“with Benghazi. When you kill Americans and nobody pays a price, you invite this type of aggression.”

This is a textbook and, for Graham’s sake, distressing because perhaps incurable case of narcissistic polity disorder, a nation’s vain belief that anything that happens in the world is a reflection on itself. Coup in Egypt? Lack of American leadership. Russian occupation of Crimea? The same—never mind that massive quantities of Russian natural gas flow in pipelines across Ukraine, to say nothing of ethnic disputes that predate the American republic, both of which might, perish the thought, give Vladimir Putin motives of his own that do not involve reacting to the United States. 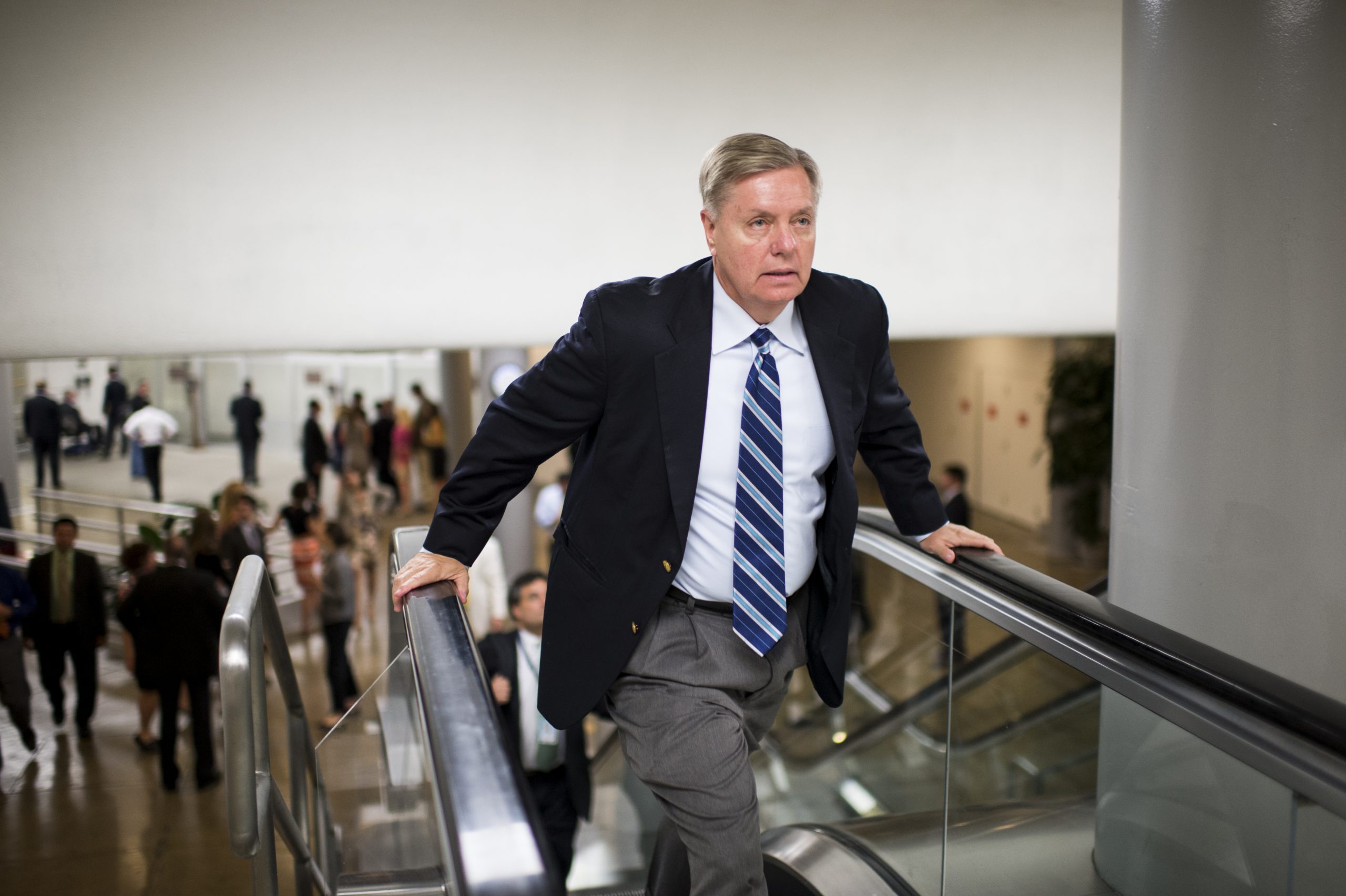 Graham is not alone in this variation on the blame-America-first theme. His Senate compatriot John McCain recently assigned responsibility for events in Ukraine to a “feckless foreign policy where nobody believes in American strength anymore.” Of course, neither, apparently, does McCain, who moments earlier said himself that there was no viable military option available in Crimea, which did not deter him from proceeding to link the events in Ukraine to America’s failure to stop atrocities in Syria (how?) and (no, seriously) the stolen 2009 election in Tehran.

We may leave to one side, for the moment, the crushing arrogance of this attitude, which denies to other nations the simple entitlement to homegrown interests save those that place them in the American orbit. (Proverbial shoe, other foot: Did the United States invade Iraq because of a failure of Russian or Chinese resolve? Please. And, incidentally, was there something we could do about the Iranian election in 2009? Double-please.)

Never mind, too, its patent absurdity: Does anyone seriously believe a larger American military or more blustery American rhetoric would have deterred Putin, who knows full well we have neither the capacity nor the will to use the former? The prudent counsel in Texas, where from your correspondent hails (link no longer available), is not to wave a gun one doesn’t intend to shoot: bad for credibility.

The more serious point is how grossly disorienting narcissistic polity disorder can be—not merely in foreign policy, in which it demands boots on every ground (has it occurred to McCain, by the way, that bogging ourselves down in Syria would have diminished the credibility of any American deterrent against Russia?)—but in constitutional balance too. If any adverse event anywhere in the world is America’s fault, America must be empowered to inhibit any such event, and the only person capable of moving on that fast of a pivot is the president—which may explain why neither McCain nor Graham has yet met a presidential national security power he did not like.

The president emerges in this constitutional structure as Gene Healy’s father figure, for McCain and Graham embody what is literally a child’s attitude. They labor under the myth of causation: If something bad happens, some discrete actor must be to blame. In these events, of course, someone is—Putin in Russia, Assad in Syria. But they are unreachable, so McCain and Graham turn to the closest parental figure in sight. Rather than acknowledge the world is big and scary and largely beyond our control, we assert, more in rage than in reason, that matters are otherwise.

To the extent that requires listening to absurdities like the comical linkage of Benghazi to Ukraine, the cost is minimal. But to the extent attempting to render matters otherwise requires empowering individuals beyond what the constitutional balance can bear, the price is palpable. Constitutional imbalance may thus be one of the most reliable diagnostic signs of narcissistic polity disorder. The good news is that this appears to be more a disorder of the ruling elite than of the body politic. Graham and McCain are far gone. It may not be too late to save others.

Time to Demote the Separation of Powers?

A Laurel for the Executive Brow