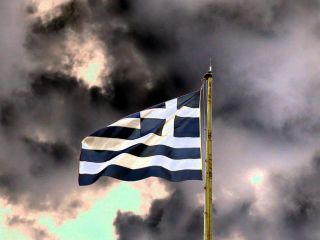 The macroeconomic situation of Greece has improved: its government budget is now in surplus and, after years of slump, there has been a return to growth, albeit modest. But that does not mean that the crisis is now over for all Greeks, far from it. They continue to suffer.

A recent article in the French leftist newspaper, Libération, which generally approves of any government expenditure except on government’s two indisputable functions, the keeping of the peace and protection of a country from external enemies, attributes the sorrows of the Greek population entirely to the policy of budgetary retrenchment and tax increases more or less imposed upon it by the European Union, in particular by Germany. This view is shared by Greece’s most popular political party, Syriza, whose leader, Aexis Tsipras, named one of his two sons after Ernesto Guevara.

There is an obvious degree of truth in the newspaper’s and Syriza’s analysis. The government cut salaries, pensions and employment drastically (whether it was wise to raise taxes at the same time is open to doubt, but here too its hand was forced). The result was immediate hardship for many and something approaching destitution for some.

But, as the mid-nineteenth century French economist Frédéric Bastiat put it in his inimitably trenchant way, there are things one sees and things one does not see (especially when one does not want to). The two-page article in the newspaper reporting the misery of the population manages completely to avoid the question of how Greece came to its sorry state.

The explanation is fairly simple. The Greek government borrowed vast sums of money to meet current expenditures on inflated numbers of generously paid but economically redundant public servants, and to distribute largesse corruptly to its clientele in the private sector. The political class saw this as the way to eternal power through the ballot box; but it was more or less inevitable that seven lean years should follow seven fat ones brought about in this way.

Membership of the European monetary union made borrowing easier for Greece because however much Greece borrowed it would not affect the inflation rate of the currency and the lenders did not believe that a European government would be allowed either to default or to leave the union. Money was therefore lent to Greece in the full knowledge of, or indifference to, its improper use. As the late Marshal Mobutu Sese Seko once said, it takes two to be corrupt. But none of this is given a word in the article.

When the crisis struck, options were few, and none of them painless. But it is painless solutions to his self-created miseries that Mankind always seeks: that, and pain to be inflicted as punishment on the guilty parties, real or imagined. And in Greece there were plenty of guilty parties to blame.

Hardship, however, is more tangible than guilt, especially when the latter is much attenuated. A public employee who knows that he does little or nothing of any value but is in receipt of a living salary paid out of taxes (or governmental borrowing) lives in bad faith, no doubt, but this is a very weak sensation compared to that of the hardship he experiences when he is fired or receives a much reduced salary, having made all his life plans on the understandable assumption that it would be paid forever. His guilt is shared with others but his hardship is his own.

The article in Libération attempts to show the depths of degradation to which Greece has now sunk. It recounts the case of ‘phantom babies:’

In principle, hospitals cannot refuse a delivery, even of

women without social security coverage. But, when the

mother cannot pay, some hospitals keep the baby until

nowadays, except for some hospitals which confiscate

the baby’s identity papers or refuse to give a birth

certificate. Some mothers without medical coverage

borrow the valid [social security] card of a friend,

changing the photo. Therefore the baby is registered under

a false name, with all the administrative complications that

Surely no one can fail to sympathise with the mothers’ predicament. In this context, even to mention the macroeconomic causes of that predicament would seem hard-hearted.

Similarly, we learn about Panagiota, ‘a pretty blond baby of eleven months with blue eyes,’ who however suffers from a gross delay in her growth. ‘I spoke to her mother about fruit and vegetables,’ said her pediatrician, ‘and suddenly she [the mother] burst into tears. She is a young unemployed single mother who lives with her parents. They are six in the household living on the small pension of Panagliota’s grandfather. Sometimes, therefore, they don’t eat.’

This is a terrible story that makes the heart bleed. But why did a single unemployed mother have a baby in these circumstances? After all, the crisis is, if anything, a little less bad than it was at the conception of the baby 20 months ago. The article does not ask, because the answer might somewhat reduce the pathos. Perhaps conception was an accident – these things happen – but perhaps the mother thought ‘I want a baby and I’m going to have one, irrespective of the situation and whether the father can support the baby.’ The two cases are morally very different, and while the baby’s situation is equally pitiable in either case, the mother is more to blame in the one than the other.

The reason that the newspaper does not ask the question is that it believes in a society that has an infinite duty to underwrite individuals irrespective of the lifestyle choices that they make, and individuals have an inalienable right to be so underwritten. Therefore the question of whether the single unemployed mother’s conduct was wise or foolish, good or bad, was simply irrelevant. It would therefore be indelicate, censorious, cruel and even immoral to ask it. The newspaper dreams of a world in which benefits for all are given as of right rather than earned: precisely a version of the dream that got Greece into its mess in the first place, a dream of a standard of living permanently higher than that which is earned.

Abusing Men: The Other Side of the Rape Culture

The Case for Exit Rights Federalism

Political federations should have exit clauses in order to promote political and fiscal liberties.

The View from Berlin