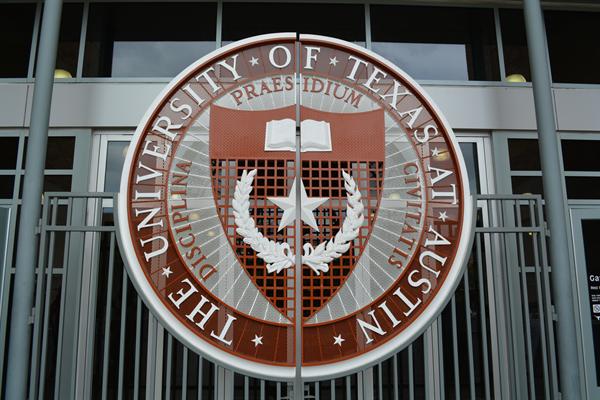 Ironies abound in the long-running affirmative action case of Fisher v. University of Texas at Austin, which has come before the U.S. Supreme Court (again) following its 2013 remand to the U.S. Court of Appeals for the Fifth Circuit for reconsideration.

Abigail Fisher’s cert petition is scheduled for conference later this month. In Fisher I, the Supreme Court decided by a vote of 7 to 1 (Justice Kagan abstaining) that the Fifth Circuit had failed to apply correctly Grutter v. Bollinger (2003), the inscrutable 5 to 4 decision that upheld the University of Michigan’s use of racial preferences in admissions based on Justice O’Connor’s controversial notion that, if necessary, race could be used as a factor to achieve the mix of minority students necessary to realize the perceived “educational benefits” of diversity.

Specifically, the Court in Fisher I held that the Fifth Circuit, in ruling against Abigail Fisher’s challenge to the race-conscious “holistic” admissions process at the University of Texas, to which she applied for undergraduate admission in 2008, had inappropriately deferred to the university (at one point expressly presuming that it had “acted in good faith”) and had not applied the demanding, “strict scrutiny” standard to require the school to prove that its consideration of race was “narrowly tailored” and “necessary.”

It is not only ironic but unfortunate that the High Court, instead of simply ruling in Fisher’s favor in 2013, sent the case back to the appeals court. The strict scrutiny standard used to review the constitutionality of race discrimination is nearly always “fatal in fact.” Grutter—an outlier decision when it was issued—was the sole exception. Many observers had hoped Grutter would be overruled, particularly since, following that 2003 decision, Justice Alito (a critic of affirmative action) replaced the pivotal Justice O’Connor.

That Justice Kennedy, who dissented in Grutter, wrote the decision in Fisher I made the irony even more poignant.

And the case’s backstory contains further ironies. Consider that, 65 years ago, the Supreme Court ordered the University of Texas School of Law to cease race discrimination (against Blacks) in admissions. Yet the university now cites the legacy of that decision (Sweatt v. Painter, 1950) as an excuse to discriminate (against Caucasians and Asians).

Then, too, in the 1990s, a white applicant denied admission to that same law school sued to challenge the use of racial preferences for Blacks and Latinos. After years of hard-fought litigation, that applicant, Cheryl Hopwood, won in the Fifth Circuit. The Hopwood ruling[1] expressly prohibited the consideration of race in admissions decisions at the University of Texas. Hopwood’s courageous lawyers were from the firm of Gibson, Dunn and Crutcher . . . which is now co-counsel for the University of Texas in the Fisher case.

When forced to cease race-conscious affirmative action in the wake of Hopwood, the state of Texas enacted a law in 1997 that granted automatic admission to the University of Texas at Austin for any student who graduated in the top 10 percent of his or her high school class. It was a clever way to achieve racial and ethnic diversity without explicitly taking race into consideration.

The facially neutral top 10 percent law produced a student body that was even more diverse than the one created through racially conscious admissions prior to Hopwood. Even so, when the Supreme Court eventually disapproved of Hopwood in Grutter, the University of Texas immediately adopted a “holistic” process to supplement the top 10 percent law. In contrast, the other flagship state university, Texas A&M, declined to resort to consideration of race in the guise of “holistic” review.

Last year the Fifth Circuit, ruling on remand, perfunctorily decided once again in favor of the university, with Judge Garza dissenting. Fisher’s primary argument was that the race-conscious component of its “holistic” admissions process is unnecessary because the University of Texas can (and did) achieve the desired goal of “diversity” under the facially neutral top 10 percent law. (This in contrast to the University of Michigan, which relied exclusively on “holistic” admissions to achieve racial diversity.)

The University of Texas contended that in order for it to attain the full educational benefits of diversity, it had to have the right mix of minority students, not just the right number of minorities. In other words, it called on the court to look beyond the sheer quantity of minority students to examine their quality. Its goal is to achieve an amorphous “critical mass” of minority students that cannot be obtained solely from the facially neutral top 10 percent law, which mainly benefits minorities attending lower-performing high schools in poorer urban and rural parts of the state.

Judge Garza was understandably skeptical of the school’s position, calling it “subjective, circular, or tautological.” Later, he characterized its goal of admitting minorities with higher grades and test scores “diversity within diversity.” In Garza’s estimation, the University of Texas had not satisfied its burden of proof under Grutter:

The University asks this Court to assume that minorities admitted under the Top Ten Percent Law do not demonstrate “diversity within diversity”—that they are somehow more homogenous, less dynamic, and more undesirably stereotypical than those admitted under holistic review. Thus, the University claims, absent its race-conscious holistic admissions process, it would lose the minority students necessary to achieving a qualitative critical mass. But it offers no evidence in the record to prove this, and we must therefore refuse to make this assumption. [emphasis in original]

The Fifth Circuit declined to consider the case en banc, and Fisher petitioned for certiorari.

Now for the final irony. The “record” upon which the Fisher case was litigated is deceptively incomplete. The University of Texas has, throughout this case, portrayed its admissions process as scrupulously fair, citing comprehensive studies, periodic internal reviews, and carefully crafted selection procedures. Its successful motion for summary judgment, heard by U.S. District Judge Sam Sparks on June 12, 2009, described an admissions office that processed applications with meticulous—almost scientific—precision.

The University of Texas has, however, relied on the talisman of “critical mass” without ever defining what it is. Implicitly it asks the judiciary to “trust us.” And the courts have. Judge Patrick Higginbotham’s original panel decision for the Fifth Circuit concluded that the school’s efforts “have been studied, serious, and of high purpose.” On remand, Judge Higginbotham’s sentiments were equally respectful, referring to the University of Texas’ admissions program as a “unique creature” and declining to interfere with its “holistic” approach because doing so “would hobble the richness of the educational experience.”

The impression being left here amounts to the construction of a higher ed Potemkin Village.

As pointed out in the Cato Institute’s amicus brief in support of Fisher, the university’s soaring rhetoric is belied by the sordid reality of its admissions process, which during the period covered by Fisher’s challenge was marred by frequent, ad hoc departures from established procedures to enable the admission of unqualified applicants who were family relations of influential donors or legislators. An investigation conducted by the global firm Kroll, Inc. last year at the insistence of Wallace L. Hall, one of the University of Texas’ nine regents (about which I have written previously, here and here) concluded that the university’s president, Bill Powers, surreptitiously operated a “back door” admissions process for important cronies, wholly circumventing the vaunted admissions office and its “holistic” review.

The Cato brief also cites the independent analysis of journalist Jon Cassidy, who found that President Powers unilaterally intervened to place “holds” on up to 300 applications per year, which were admitted at a disproportionately high rate (these and other sub rosa “holds” accounted for a third of the “discretionary” openings not filled by the top 10 percent law). (See Cassidy’s writings here and here.) Powers used no objective criteria, kept no notes, and acted without oversight based on his own subjective judgment of what was in the “best interests” of the University of Texas. The Cato brief states that “it is possible, even likely, that consideration of race through presidential ‘holds’ results in more admissions than it does through ordinary ‘holistic review’ process.”

Thus, the institution’s use of racial preferences in admissions is neither “necessary” nor “narrowly tailored.”

The February 6, 2015 Kroll report concluded that Powers and his staff “misled” an internal inquiry by the University of Texas, by failing to disclose the secret crony admissions system, and thereby “failed to speak with the candor and forthrightness expected of people in their respective positions of trust and leadership.” Needless to say, during the Fisher litigation, the university did not disclose the existence of Powers’ confidential pipeline for insiders in its defense of its “holistic” process. (He was forced in July 2014 to announce his resignation.)

The question the Supreme Court must answer at conference on May 21 is whether, in light of the devastating revelations by Kroll and Cassidy, the University of Texas is entitled to the benefit of the doubt in Abigail Fisher’s challenge to racial preferences in university admissions. Under conventional strict scrutiny analysis, the answer should be “no.”

“Adversity scores” are the latest gimmick to justify racial preferences in college admissions.

The Shell Game of “Tiers of Scrutiny”— Exposed, Once and for All