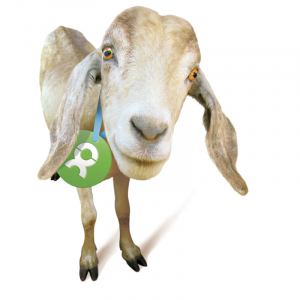 A report of the British charity Oxfam recently drew attention to the fact that Britain’s five richest families had more assets than the lowest 20 per cent of the population put together. It called upon the government to consider instituting a wealth tax to reduce the gap, by how much it did not say. Would the poorest fifth be much the better off, or at least happier, if 20, say, or 50, rather than five families now had more wealth than they?

The recent recession in Britain actually made the country more equal than before. The incomes of the richer classes were more vulnerable to the economic downturn than those of the poorer, which are held more or less constant by the government. If equality is what we want, then, recession is one way of increasing it. But no one seemed the happier for it—certainly not the poor and unemployed, even though they were proportionately better off.

Now that the recession is over (for now), the country is growing more unequal again, hence Oxfam’s moral outrage.

It is curious that a charity should appeal to envy and hatred. Man being a comparing animal, envy comes naturally to him, and I doubt that it will ever be expunged entirely from the human heart; but it is one of the seven deadly sins nonetheless, and for good reason. It poisons the mind by focusing on what a person does not have rather than on what he does, and on what he can’t do rather than what he can; it embitters by drawing attention to those more fortunate than oneself, without causing one to become more compassionate to those less fortunate. Envy is midwife to that most unfortunate of human conditions, fatalism without contentment.

Hatred is the strongest of all political passions, and while it is sometimes justified, often it is not. It is regrettably easy to stir up because it is enjoyable in itself. It is difficult to believe the Oxfam report’s authors were unaware of the document’s hatred-stirring potential. Rarely is hatred constructive; rather it leads to outbursts of destruction, sometimes more destructive to the haters than to the hated.

Only if it were the case that the five richest families enriched themselves at the expense of the poor—only if they were rich as a direct consequence of the poor being poor, for example, by having enslaved them or by taking their property by arbitrary force—would hatred be justified. But in fact the rich did not become rich in this way. They didn’t even become rich by the kind of financial dealings now deemed disreputable by most of the population. Two of the richest families inherited their wealth, but three were self-made (and interestingly, two were of Indian origin). The Oxfam report actively promotes the single most disastrous economic idea of all time, that the economy is a cake and a slice for me means crumbs for you.

There are, of course, illicit ways of self-enrichment: theft, fraud, embezzlement, malversation of funds and so forth. They cannot account for wealth as a whole. After all, something must exist before it can be embezzled.

The charity speaks as from the moral high ground, but if one looks at its website, it is far from morally unimpeachable itself. In fact the group’s self-presentation is grossly dishonest, or perhaps I should say economical with the truth. For example, Oxfam claims that for every £1 donated, 84 pence (per cent) is spent on emergency, development, and campaign work, 9 pence on support costs, and 7 pence on investment “to generate future funds”—presumably using the same methods as the richest families.

A look at Oxfam’s annual report for 2011-2012 suggests that this is a very charitable way of interpreting its own activities. It raised £118.5 million ($196.7 million) by voluntary donations that year, but spent £101.8 million on staff salaries— £59.5 million on British staff alone. No doubt work cannot be done without paid staff, but since the website shows a picture of happy, smiling, formerly impoverished people saved from their misery by Oxfam, I doubt that paying the salaries of staff is what most contributors had in mind when they dropped their coins into the rattling tins. Suggestio falsi, suppressio veri comes to mind.

Nor would most contributors suspect where the majority of Oxfam’s money comes from: government, in other words, from the forced contributions of taxpayers in various countries. Such funds amounted to £170.1 million as against £118.5 million genuinely charitable contributions. An organization so financially dependent upon forced contributions cannot be called a charity at all, in fact, unless taxation under threat of prosecution if not paid be regarded as charity.

The average salary paid to Oxfam workers abroad is $24,000 a year. This is not, of course, a salary to make a Swiss dream; but it may well rank above the average of salaries in the countries where many or even most Oxfam employees work. In that case, the whole raison d’être of Oxfam is non-existent. Its staff may or may not be well-intentioned, but they are not egalitarians where their own income is concerned.

There are three staff in Oxfam paid between $166,000 and $182,000 a year. There are, of course, many people in the world earning much larger sums, but such a salary represents considerably more than a living wage, which is the most that one would expect a true charitable worker to earn. What’s more, Oxfam runs a defined-benefit pension scheme, of which most workers today can now only dream. The chief executive also incurred $80,000 in expenses in 2013. Again, I doubt that the average donor, thinking of the relief of starving babies with flies on their eyelids, is aware of this as he makes his contribution.

Oxfam runs charity (thrift) shops throughout Britain to raise money. Most of the goods are donated, and most of the people who work in them are volunteers. Moreover, the shops pay reduced local taxes and, of course, no corporation tax. The goods donated free of charge were worth £79.6 million, yet Oxfam contrived to make only £25.2 million profit on them. Oxfam bought goods to sell in its shops for £8.6 million, but it cost Oxfam £11.3 million to sell them.

When I took a straw poll of Oxfam volunteers working in their shops to find out what proportion of the takings they thought went to charitable activities, they all said, as if I were asking a foolish question, “All of it, of course.” In other words, Oxfam was not only operating a grossly inefficient business, at least from the point of view of its ostensible ends, but it systematically misleads its own volunteers. If they knew the truth—which, admittedly, they could find on the Internet—they might choose to occupy themselves differently.

So this organization peddles false impressions in more than one sphere. If ever the argument tu quoque were justified, it is here. Oxfam promotes highly contentious views on the one hand and is less than scrupulous in its dealings with its own supporters on the other. In fairness, many of the largest British charities are worse; in some cases, much worse. Charity is no longer charity.