Marriage and parenting may be disappearing in large parts of sophisticated Europe and Japan, but not so much among our high achievers. It’s true that our elitists don’t think that marriage is required for sexual enjoyment or even to validate romantic love. They’re accepting of same-sex marriage to avoid being judgmental or hateful. Marriage equality is part of “multicultural diversity.” And so it’s an issue about which it’s no longer possible for decent people to have diverse opinions.

Our meritocracy based on productivity embraces diverse lifestyles, and nobody believes that women were born to be anything but free and equal individuals just like men. And so parenthood and marriage have to be freely chosen, allegedly part of that mysterious power that one has to define one’s personal identity. Except when it comes to the responsible imperatives of personal productivity, the talk of our successful sophisticates often seems stuck in the Sixties. But not so much their behavior. 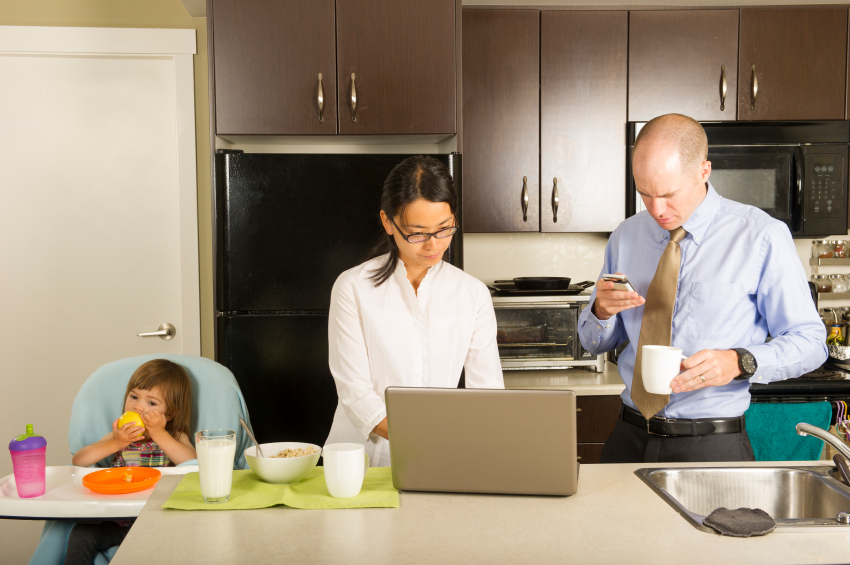 Not only are prosperous and enlightened young Americans marrying, their marriages are getting more stable. And these middle-class couples are routinely having a kid or two and occasionally more. They’ve come to understand marriage as a shared commitment to the raising of children. Sure, both parents choose to work, but that means they both share the intensively time-consuming duties of raising the kid to be fully prepared to flourish in our competitive and high-tech world.

It’s impossible, of course, to really be a bohemian or even much of a gamer while being part of a couple that holds down two high-end jobs and seriously attends to parenting. This kind of parenting is tougher, surely, than the old division-of-labor between breadwinner and homemaker, even if it’s not nearly as tough as being a single mom or being poor or even being the parents of a large brood of children. Young people are voluntarily surrendering the freedom that their prosperity has afforded them. And they’re deferring gratification not to be more economically productive, but for the love of children. They think an excessively romantic view of marriage is irresponsible, given that erotic obsession—being really “into” each other—causes them to neglect or just be oblivious to what’s best for their kids.

Parenthood, of course, can’t be called either productive (or paid) work, or personal enjoyment (say, in front of a screen). It’s a third and more natural category, one Marx couldn’t integrate into his description of un-obsessive or almost random self-fulfillment at history’s end. We can add, of course, that if the moment of transhumanist Singularity–when machines are smarter than humans—ever comes, it, too, will be the end of birth, childhood, and parenting. As the film Her shows us, maybe the main downside of having your intimate sexual life with an Operating System is the impossibility of kids. (As my regular readers know, I refer to that film a lot. Bear with me—there are, after all, many facets to the plausible dystopia it displays.)

As Flannery O’Connor reminds us, pornography (basically “safe sex” on the part of the voyeurs consuming it) is deeply sentimental, insofar as it imagines that human eros could ever be duty-free enjoyment disconnected from the hard purposes of birth and death. Parents just about never treat their kids like machines or as resources to be exploited for their own convenience. They’re reminded every moment that there’s nothing about real children that’s “pure consciousness,” either.

Today’s sophisticated parents are actually conservatives when it comes to parental responsibilities. They’re all about disciplining their children, and polling shows that they believe that divorce should be more difficult, at least for parents, than it is now. Believing that the parents should stay together for the common concern that is their kids, their marriages become more stable—even if less romantic—in every respect.

I do have to add that divorce rates are on the rise among men and women in their fifties and sixties, who’ve completed their parental duty and are acting on their romantic longing to be free. Still, such divorces, we can anticipate, will continue to remain the exception to the rule, although all bets are off if indefinite longevity seriously kicks in. It might well be too hard to live with the realization that I’m stuck with the mother of my kids for the rest of my who knows how long life.

Libertarian writers are relieved to find that parents today will invest the time and treasure required to raise kids to be highly functioning members of the cognitive elite. The future of our productive high-tech, “human capital” meritocracy does, after all, depend on both their reproducing and their parenting. Those same writers may be a little weak in accounting for that investment.

That account, after all, would have to highlight the emotional shortcomings of merely being productive and consuming enjoyments, of merely being bourgeois and bohemian. It would move us from thinking about freedom and machines and toward thinking about the blessing of being embodied and being in love with beings with bodies. Who in his right mind really thinks that most of our high-end jobs are so creative and fulfilling—involving as they do “networking” with “colleagues”—that spending time reading and playing with kids is disappointing by comparison? The same, I hope, can be said of playing online games. Kids aren’t investments in the future as much as they are what makes the present worth living. It’s harder than ever these days to remember that the point of human life might, most of all, to be in love in the present. It’s from that foundational experience that we do best in calculating about the future.

Life with children is surely more real that even being in romantic love. Sexual attraction and the more purely imaginative components of romantic love come and go. Who doesn’t wake up thinking, what did I ever see in him (or her)? That’s why marriage based in romantic love alone so readily ends in divorce. The children, in contrast, don’t come and go. Your love of and responsibility for them and their love of and dependence on you are pretty darn enduring. Everyone knows that the one unbreakable bond in our hyper-individualistic world is that of mother and child. The love of father and child might be less natural and so less deeply real, but it, too, is a powerfully persistent reality in our increasingly virtual world.

That doesn’t mean, by any stretch, that today’s egalitarian, professional, child-centered marriage has solved the problem of reconciling the needs of the species with those of the free person. For one thing, it’s between hard and impossible to have more than two kids if husband and wife have demanding, high-achieving jobs. The species needs a bit more, given that not everyone is going to step up and parent. Not only that, it seems to really be true that the happiest Americans either have no kids or lots of them, defining themselves as either free and hedonistic persons or mainly as dutiful and caring parents. It’s understandable and even admirable that so many successful young Americans voluntarily restrict what they could order off of today’s prodigious menu of choices. But wanting to have it all can be pretty confusing. For one thing, you’re never all that clear on who you really are.

Another problem is that parenting is getting better among parents of our cognitive elite, whose kids are now surging ahead of the rest of society by virtue of nature (or genetic inheritance) and nurture alike, while it is generally getting worse among the rest. Although ordinary Americans have more traditional “family values” than our sophisticates, they are getting less and less capable of acting on them. Their families are getting more pathological, with more single moms, deadbeat dads, dependence on the government dole, and so forth. The jobs just aren’t there either for a husband to earn a “family wage” or even for spouses to earn enough together to live comfortably.

The situation, objectively, is bad enough that Richard V. Reeves claims that the only way to save the American family is for dads to forget about even trying to enter the workforce and to become content with being homemakers. It’s ordinary women, after all, who seem better prepared to make it in the competitive marketplace we have right now. From this view, the non-elite American family will have gone through three stages: the traditional family with the woman as the homemaker; the (apparently failed) attempt to have two breadwinners in the name of not only equality but necessity; and the post-feminist and even post-egalitarian family grounded in lack of opportunity for productive work for men of limited skills. Lots of questions emerge, beginning with the fact that it’s unlikely that most men have (maybe even undesirable that they should have) what it takes to put up with this new division of labor. In a meritocracy based on productivity, after all, it’s hard for anyone to attain respect or status for a life devoted to seemingly unproductive caregiving.

Reeves’ suggestion is based on the fact that children in general need to be raised in a stable, two-parent family to have the best chance to succeed as productive and responsible individuals. Officially, in our productive meritocracy, “Who’s your daddy?” is supposed to be less important than ever. As a matter of fact, it’s more, given the new kind of class-based gap in the stability of families and the quality of parenting.

It would be easy to go from here to discussing the deteriorating quality of our schools. The truth is that our schools are getting better (with all those AP courses, for example) and worse. Worst of all, perhaps, is that the idea of the common public school bringing together children of all our classes has less reflection in American morality than ever. In the most basic terms, we’re doing less well in raising kids to take their places as productive members of the 21st century global marketplace and to take their places as responsible and loving spouses and parents.

It’s reassuring to know that personal love—including the love of mothers and fathers and children—persists in our highly individualistic time. But that doesn’t mean we’ve even begun to solve the problem of reconciling personal self-fulfillment with our relational longings and imperatives.

Is the Roberts Court the Least Activist Court in History?

The Expressive Society and Masterpiece Cakeshop

Justice Kennedy would likely find this an easy case, if the bakers had been asked to write something or place a symbol in their design that celebrates SSM.

Why Democratic Justices are More United than Republicans