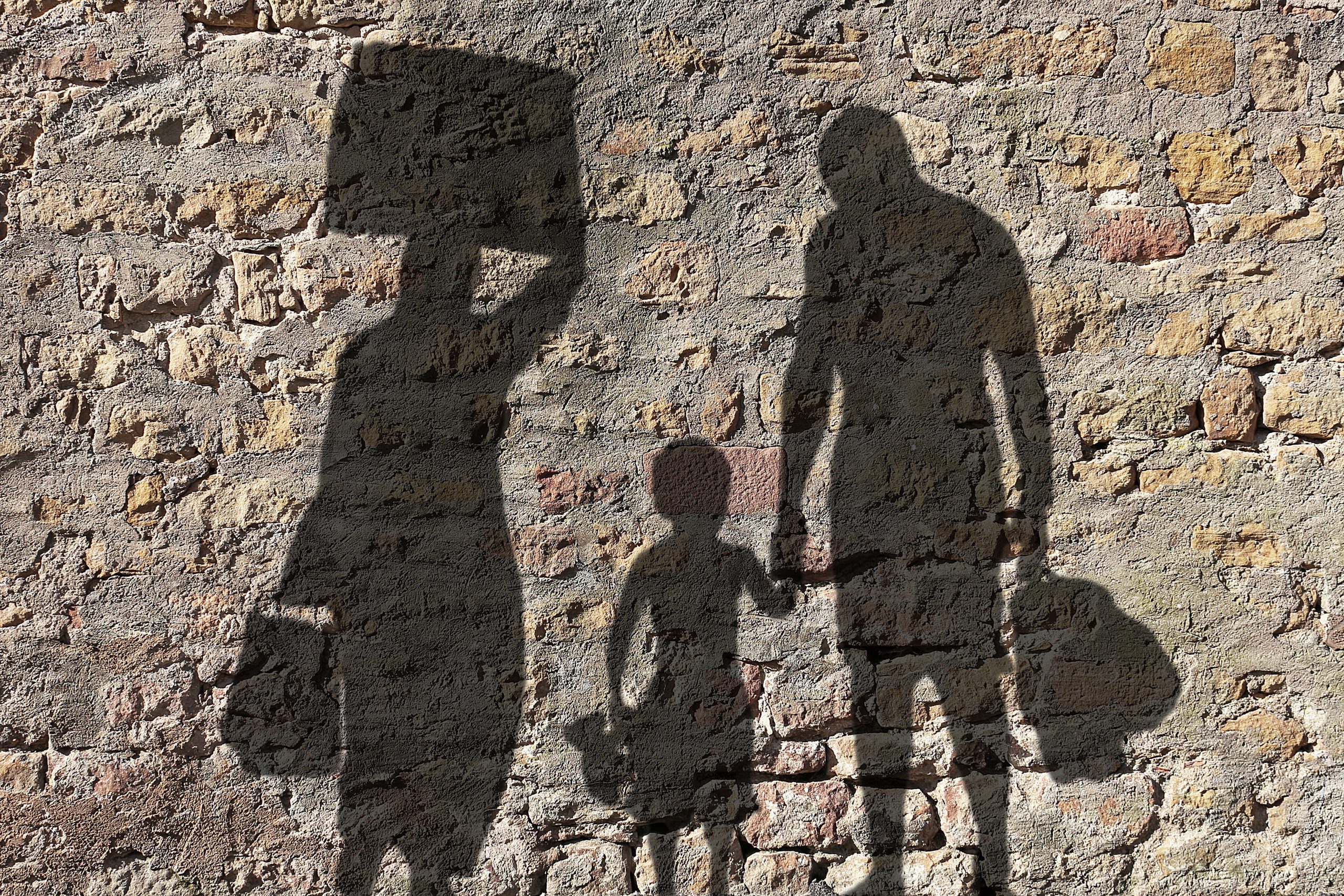 The doctrine of humanity’s original, common ownership of the earth was a staple of natural rights philosophers of the seventeenth and eighteenth centuries. These philosophers greatly influenced the natural rights philosophy of America’s founding generation, a philosophy which the founders articulated, among other places, in the Declaration of Independence. I’ve mused this last week on the arguments of one of these natural rights theorists, Hugo Grotius. Grotius devotes a great deal of attention to how (in his view) the original state of humanity’s common ownership of the earth continues to influence just claims even after the rise of nations and private property.

Of special interest given current events are Grotius’s arguments on the implications of the original condition for immigration and refugees. Earlier I considered Grotius’s argument that a nation must allow immigrants to claim “waste or barren land” in a country as a matter of right. But barren, unused land was not the only condition under which Grotius would require a nation to admit immigrants as a matter of (natural) right. Perhaps even closer to current events is Grotius’s discussion of “necessity” as a condition conferring a right to immigrate into other countries. He writes,

Nor ought a permanent residence to be refused to foreigners, who, driven from their own country, seek a place or refuge. But then it is only upon condition that they submit to the established laws of the place, and avoid every occasion of exciting tumult and sedition.  . . . To drive away refugees, says Strabo, from Eratosthenes, is acting like barbarians; and a conduct like this in the Spartans was also condemned. St. Ambrose passes the same sentence of condemnation upon those powers, who refuse all admission to strangers.

Today, refugees from Syria particularly, and controversially, press Grotius’s point on “necessity.” There are at least two common responses to Grotius’s claim, one which Grotius mentions in the above text itself, regarding refugees “exciting tumult and sedition,” another issue, a collective action problem posed by claims of refugees, he discusses by way of implication in another passage. I discuss this second point today. I aim to wrap up my week-long discussion of Grotius later with a consideration of the first point.

One reason sometimes proffered to decline admission to Europe or the U.S. of Syrian refugees fleeing war in their country, or at least to minimize the number of Syrian refugees admitted, is that there are nations closer to Syria than the U.S. or in Europe. Many of these others nations have themselves yet to take many, or even any, refugees. Until these other nations step up, the argument goes, more-distant nations have little responsibility to accept refugees. Grotius considers a similar argument, albeit in the context of the right of passage of refugees (and others) through other nations when necessity requires. His logic applies analogously to the duty to accept refugees in cases of necessity as well:

Nor is it a proper reason to assign for a refusal, to say that another passage may be found; as every other power might allege the same, and by this means the right of passage would be entirely defeated.

Grotius identifies, and responds to, a collective action problem. He argues that the existence of other countries through which refugees could pass does not justify a nation refusing passage when faced with refugees requesting passage. Each nation has the obligation to permit passage when requested, notwithstanding the existence of other routes. He recognizes the collective action problem: If the possibility of passage through other nations justifies refusal, then every nation could justify its exclusion by pointing to the other nations through which the refugees might possibly pass. But when all nations exclude, there is no escape at all for the refugees.

Grotius’s answer, that nations must simply bite the bullet and accept the refugees despite the “free riding” of other nations, doesn’t quite do as a practical matter. What happens when some countries do not accept this view and deprive refugees of what Grotius argues are their natural rights?

Aside from raising the problem of the failure to recognize) these rights, and the more-general problem of enforcing natural rights, Grotius doesn’t consider the nature of grievance felt among nations when, despite the obligations of natural right, some nations refuse entry to refugees. It’s not simply a matter of some allowing in refugees and others not. When some nations exclude while other nations offer sanctuary, the latter nations assume even greater costs as a result of the actions of the excluding countries. This invites exclusion all around.

I considered a related problem in a session I lead on introductory game theory at a workshop on humanitarian engineering at the University of Groningen earlier this month. I modeled the problem as a simple intertemporal prisoners’ dilemma. While the model is simple, and simplistic, the result is nevertheless believable, and the implications daunting regarding prospects for implementing Grotius’s claim.

Here’s the scenario: There is a crisis in country A that forces people from that country to seek refuge in other countries. Countries B and C can choose to accept refugees in Period 1, or can keep their borders closed during Period 1 and open their boarders in period 2. (In the alternative, if borders are not opened in period 1, we could think of the refugees forcing their way into the respective countries in period 2.) But if one country opens its borders in period 1, while the other country keeps its borders closed in that period, then all of the refugees will head in period 1 to the country with the open border. They avoid the country with the closed border. If both countries open their borders in the same period, then refugees will divide evenly between the two countries.

If one country takes all of the refugees, then it would face more than twice the cost it would than when it accepts only half the refugees. This might result because resources become strained at a certain level, with each additional refugee beyond that threshold imposing an increasing cost at an increasing rate on the country’s humanitarian infrastructure. Or it could be a sense of unfairness among people and policymakers that they are taking all of the refugees while the other country free rides, taking none of the refugees. Or it could result from the high number of refugees in the one nation reaching a “tipping” point such that citizens engage in political backlash and make government officials pay a political cost for opening their borders asymmetrically to the refugees.

If both countries keep their borders closed in period 1, the crisis worsens for the refugees, thereby requiring even more resources from each country when the refugees arrive in period 2.

Grotius’s admonition that no country can take the inaction of other countries as an excuse to ignore the dictates of natural law appears naïve in this context. Angela Merkel arguably bit the Grotian bullet, and allowed a disproportionate number of refugees into Germany. For this Merkel has been denounced, even by those whom we might expect to be most sympathetic to Grotius’s claims, as “reckless” and engaged in “high-minded folly” for resisting the rational, if tragic, equilibrium strategy in the humanitarians’ dilemma.For simplicity, the payoffs for each country are represented by costs of {0, -1, -2,-3}. The numbers just rank the nations’ preferences over the outcome. They don’t represent anything cardinally. The “humanitarians’ dilemma” is represented in the figure, and is a version of the prisoners’ dilemma. Given the incentives each country faces, in equilibrium, both would choose to keep their borders closed in period 1, and will be overwhelmed by refugees who are in worse condition, and therefore impose a higher cost on each nation, in period 2. This, despite each country knowing that both nations (and the refugees) would be better off relative to the equilibrium outcome if both countries opened their borders in period 1. But the fear of being the “sucker,” allowing the other country, as it were, to free ride on other country’s choice to accept refugees, induces both countries to keep their borders closed to the refugees in period 1, thereby allowing the problem to worsen in period 2. That the refugees have a natural right under the doctrine of necessity to enter one of the other countries does not help those other countries cooperate to minimize the costs they need to assume to take care of the refugees.

In Polarized Times the Administrative State Undermines Stability and Prosperity

What Comes After the Welfare State?

Solidarity and Sentimentalism at the European Commission

What is “They deserve our solidarity,” uttered without any indication of what such solidarity actually entails, if not an empty, sentimental slogan?

We Want Workers, But We Must Form American Citizens