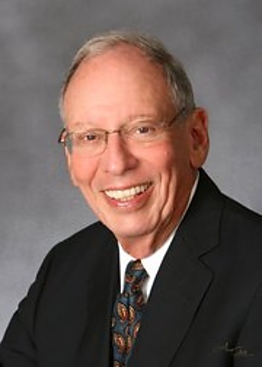 For conservatives this has been a sad time. First, Walter Berns and Harry Jaffa, two giants of the movement passed away on January 10. Famous antagonists, who agreed on so much in practice and so little on policy, their deaths on the same day brought to mind the deaths of Adams and Jefferson on July 4, 1826. That much-remarked coincidence reminded me of the passing of Luther Martin on July 10, 1826. Who, I wondered would be next, and would it be a notorious tippler?

Henry Manne was a golfer, not a tippler. Unlike Martin, however, he deserves to be remembered with Berns and Jaffa, and indeed the more so for Henry launched the law and economics movement that has become of enormous importance on the courts and in the legal academy, one which has spread worldwide. Formerly, few judges much concerned themselves with the incentive effects of their rules, at least not since the great 19th century British jurists. When Henry began to write, what one heard from the bench was instead fairness, a concept with little more content than the judge’s immediate intuitions about whom he liked and whom he hated. After the law-and-economics revolution, that wasn’t going to cut it, at least for the more intelligent members of the federal bench.

Henry was ferociously smart, but couldn’t have done it without the kind of courage that Walter and Harry both possessed. Courage is the cardinal virtue, thought C.S. Lewis, because it is the form of every virtue at the sticking point. For Henry, the sticking point was his defense of insider trading in 1965, which brought down on him the wrath of the entire legal academy. They had anger on their side but little else, and when the dust settled Henry had won the contest. They had fairness but Henry had reason. And reason won.

Henry had two other things. He had an unrivalled organizational ability, and his Law & Economics Center trained the smartest of legal academics before the outreach to law teachers stopped in 1998, a victim of its success. By that point, everyone who mattered in law faculties had gotten the message. The LEC also trained judges, and at its peak a third of the federal bench and four members of the Supreme Court had taken one of its programs. There was one other thing. A tough combatant in the lists, Henry was also the most gregarious of people and had the talent for friendship across political divides. The policy implications of law-and-economics were no secret, but Ruth Bader Ginsberg nevertheless became Henry’s golfing partner, and through a game which I find unspeakably tedious he befriended everyone with whom he played.

Between 2002 and 2007 three Senate bills were introduced to put the judges’ programs out of business because they were held at fancy resorts. The reality is that Henry always required a venue where he could get in 18 holes.

For Bobbie and Geoff our deepest sympathy. R.I.P.

Abolish the State of the Union Address

On Being Divided by a Common Language: The Semantics of Scapegoating