At oral argument in Hollingsworth v. Perry, Justice Scalia challenged Theodore Olson as to when it became “unconstitutional to exclude homosexual couples from marriage?”[1] Olson replied first with what he called a “rhetorical question,” viz., “When did it become unconstitutional to prohibit interracial marriages?”  For Olson, the answer was clearly not 1868—the date of the Fourteenth Amendment’s ratification.  Rather, he explained, in nullifying racial-endogamy laws, the Court in Loving v. Virginia (1967) had ventured into “unchartered waters” with reliance on “evolutionary” jurisprudence as a compass. 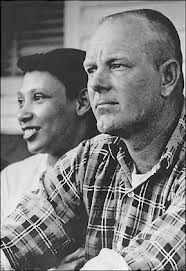 In making this claim, Olson is in good (and numerous) company.  Prominent jurists have repeatedly declared the Court’s decision in Loving v. Virginia to be incompatible with the original sense of the Amendment.  The judges include Justice Kennedy[2] and his colleagues in Planned Parenthood v. Casey; Judge Reinhardt and the Ninth Circuit in Washington v. Glucksburg; numerous progressive scholars, including Jack Balkin, Michael Klarman, and William Eskridge; and even some prominent conservatives like Steven Calabresi and Hadley Arkes [on this blog].

But this belief, as Lincoln would say, represents one of those “assumed historical facts which are not really true.” The claim rests on three historical proofs, two of which the Court rightly rejected in Loving, and each of which is specious.

First, it is argued that during congressional debates, the drafters of the Fourteenth Amendment expressly denied it would affect racial-endogamy laws.  To the contrary, as the Court pointed out in Loving, these congressional reassurances concerned the Civil Rights Act of 1866 and other statutes, but not the Fourteenth Amendment.  Even though Democrats expressly objected that the Privileges or Immunities Clause would abrogate racial-endogamy laws, congressional Republicans remained silent.  This Republican silence generally prevailed in the ratification debates as well.

Various considerations suggest this Republican silence represented tacit acknowledgement.  First and foremost, the very terms of the Amendment seemed to preclude racial-endogamy laws.  The Amendment secured to free blacks the status, privileges, and immunities of American citizenship.  Before 1866, legal authorities had generally agreed that these privileges included the right of intermarriage, or more precisely, the immunity from endogamy laws.  This general (but not unanimous) consensus prevailed across the political spectrum: from Roger Taney to Stephen Douglas to Orestes Brownson to William Lloyd Garrison to John McCune Smith (perhaps the leading black intellectual in antebellum America).

Given this background, Democrats reasonably alleged that the proposed Amendment, by its express terms, would prohibit state laws impeding black citizens’ intermarriage with white citizens.  Republican silence, then, confirmed these fears.

Moreover, before 1866, the advocates of black citizenship had shown sustained hostility toward enforced racial-endogamy.  They had successfully resisted the adoption of such laws in states like Pennsylvania, and had repealed these laws not only in Massachusetts (1843), but also in Iowa (1851), the Kansas Territory (1859), and the District of Columbia (1862).  In the latter case, it was Republican Senator Henry Wilson, a champion of Massachusetts’s repeal twenty year earlier, who proposed a measure to sweep away the District’s entire “black code,” including the ban on interracial marriage.  This proposal was adopted as an amendment to the same law that established schools for “colored children.”

This hostility intensified precisely while the Amendment was pending before the states. Radical Republicans succeeded in resisting or repealing racial-endogamy laws in a number of southern states.  And some, like Horace Greeley, advocated such repeal on the grounds that these statutes were void under the Civil Rights Act, notwithstanding the reassurances of that Act’s drafters.

Finally, the silence was especially deafening because some Republicans were not silent During the 1866 campaign, Indiana’s Governor Oliver Morton openly acknowledged the threat posed to racial-endogamy laws.  And at the Arkansas constitutional convention, Republican delegates successfully opposed an effort to include a ban on interracial marriage, partly on the grounds that such a measure would violate the Privileges or Immunities Clause of the pending Amendment.

Second, it is alleged that during Reconstruction, judges generally upheld racial-endogamy laws.  Here too, the Loving Court rightly noted that this evidence proved little.  The judges—none of whom had been antebellum friends of black citizenship, and most of whom had been disloyal during the War—“were antagonistic to both the letter and the spirit of the Amendments, and wished them to have the most limited effect.”  Even the judges of Indiana’s Supreme Court, the sole midwestern court to endorse these laws, were members of Indiana’s avowedly racist Democratic Party.  The judges included John Pettit, who, as Senator, had (in)famously called “all men are created equal” a “self-evident lie,” and had said, in defending Indiana’s black-exclusion law, “we choose to judge of the breed of dogs we want with us.”

These judges’ antagonism to Reconstruction was frequently obvious on the very face of their opinions.  As attorneys for the Lovings indicated at oral argument, the judges often distinguished the white “southern people” or even “our people” from other “peoples” like northerners and black southerners.  This distinction was diametrically opposed to the spirit and letter of the Reconstruction Amendments.

Moreover, these reported cases were not representative of national judicial opinion.  During Reconstruction, Republican judges had little opportunity to formally register their sentiments because of the absence of enforced racial endogamy in strongly Republican states.  But where Republican judges did speak, they concluded, with virtual unanimity, that these laws had been abrogated by the Fourteenth Amendment, the Civil Rights Act, or both.  These jurists included trial judges in North Carolina, Indiana, Louisiana, and Texas, and the justices of the supreme courts of Texas and Alabama.

In Ohio, rare enforcement prompted Republican jurists to assert the statute’s unconstitutionality.  Representing his mixed-race client in an 1869 case for breach of promise to marry, former Lieutenant Governor Andrew McBurney, who had overseen and certified Ohio’s ratification, successfully made this argument.  In 1877, Republican judges in Cleveland and Cadiz (John Bingham’s adopted hometown) likewise invoked the Fourteenth Amendment to dismiss the first post-1868 prosecutions.

Third, some jurists, like the Court in Casey, have alleged that interracial marriage remained illegal in a majority of the states, even after 1868.  To the contrary, within five years after ratification, racial-endogamy laws were not in force in 23 of the 37 states—mainly Republican-leaning states—largely because Republican officials had generally repealed these laws, or refused to adopt or enforce them.  The widespread validity of interracial marriage was confirmed by a multistate survey conducted by a Nebraska judge in 1873, the recent scholarship of historian Peter Wallenstein, and my own research.

If the historical evidence does not support this “assumed fact,” why has this assumption been so dominant?  Partly the responsibility rests with our political ancestors.  The Supreme Court’s 1873 decision in the Slaughter-House Cases all but destroyed the constitutional basis for challenging racial-endogamy laws.  The Court there held that the “privileges and immunities” protected by the Amendment were not the fundamental rights of American citizenship, but rights created by federal law.  Plainly, the right of intermarriage did not satisfy this new definition.

More importantly, after Reconstruction, the racist zeitgeist was as strong as it was wrong.  The dominant forces politically marginalized African-Americans and those advocating fidelity to the Reconstruction Amendments.  The zeitgeist partly nullified these amendments, most notoriously through the suppression of black suffrage, but also by the revival of racial-endogamy laws across the South, the adoption of these laws in the new western states, and renewed prosecutions even in Michigan and Ohio.  Despite repeal in these latter two states, “anti-miscegenation” was on the march.  By the twentieth century, a solid majority of states once again banned interracial marriage.

Most perniciously for scholarship, this zeitgeist was dominant precisely at the birth and infancy of the modern law school and political science department.  The zeitgeist was so comprehensively triumphant that it even concealed the evidence of its own triumph.

Partly the fault lies with the prejudices of contemporary progressives: viz., that the American political tradition is essentially racist, that even after abolition and Reconstruction, racism was (and still is?) as American as apple pie, and that consequently, progress in race relations has resulted from radical rejection of tradition, and not from its renewal and recovery.  But in truth, History has not proved a reliable friend to interracial justice.  The zeitgeist has frequently been strong and wrong.

In some sense, Olson’s error belongs to the same genus as the “assumed historical fact” Lincoln found in the Dred Scott decision. Justice Taney had erroneously assumed that “the public estimate of the black man [was] more favorable [in 1857] than it was in the days of the Revolution,” so fidelity to the Constitution of 1787 involved rejection of black citizenship in 1857.  Likewise, progressive jurists assume that the public estimate of African Americans must have been “more favorable” in the twentieth century than in the old days of Reconstruction, so fidelity to the Constitution of 1868 would permit racial-endogamy laws.

But contrary to the progressive conceit, American constitutional history has involved both decline and advance; not just progress, but also sustained degeneration.  In truth, Loving represented not evolution, but recovery; not judicial creativity, but constitutional fidelity; not the birth of a new freedom, but a new birth of the old freedom: the full and equal citizenship promised by the Reconstruction Amendments.

[1] This post is based on research presented in detail in my article, Interracial Marriage and the Original Understanding of the Privileges or Immunities Clause.

[2] At oral argument in Hollingsworth, however, Justice Kennedy noted that statutory bans on interracial marriage were in derogation of the common law.

The Limits of James Madison’s “Memorial and Remonstrance”

Lash on the Fourteenth Amendment

Reminding Thomas: Ilya Somin on Clarence Thomas and “We the People”