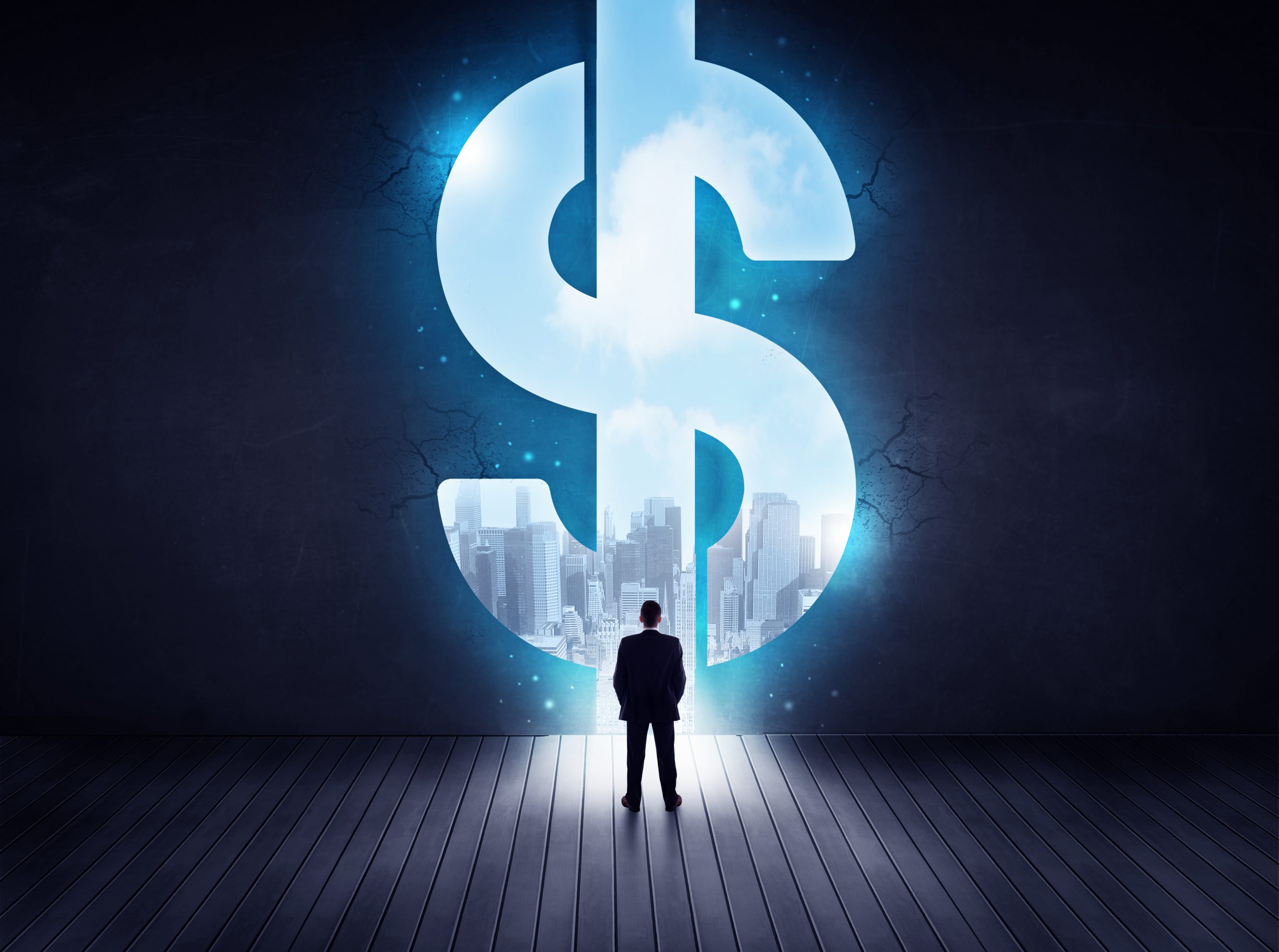 National Journal, contributing to the perennial wringing of hands among the political puritans who comment on affairs of state, has proclaimed super PACs to be an “existential threat to the old order.” These groups are said to have overwhelmed the once-intimate bond between candidates, parties, and voters.

This rests on a constricted definition of “old.” The rise of super PACs is better understood as the restoration of a really old order—a time in which campaigns were communicative free-for-alls rather than regulated, top-down affairs.

The fundamental error among the puritans is one of perspective: They cannot shake the candidate’s point of view. The candidate seeks to control the political environment. This has always been the spin doctor’s mythology. Yet there is no reason to regard such control as a political good, and still less to see it as a political right. By contrast, the voter’s perspective sees the right to communicate as belonging to the participant in the political system, not those atop that system.

Ed Rogers, a political strategist who blogs for the Washington Post, offers this reflection on the National Journal piece:

At the end of the day, elections should be between campaigns, the parties and voters. The campaigns should be able to take contributions in any amount from any U.S. source and deal with the consequences of accepting this or that donation. Nobody should be kicked out of the system because the First Amendment allows full participation, but everyone should be funneled through campaigns that are held accountable to voters and are forced to answer questions about whether or not they are corrupted by the source of their funding.

Rogers is right about accepting contributions in any amount. Yet look closely: he would give candidates special status as the instruments through which others’ speech must be “funneled.” That part constitutes a stunning misperception of the First Amendment, which does not privilege, or even recognize, either candidates or the regulatory apparatus of campaign finance. They are no more elevated as conduits of communication than private citizens or, for that matter, private newspapers.

What if citizens wish to speak without funneling their contributions through campaigns organized by candidates or parties? Rogers’ logic inevitably means private citizens are to be inhibited from spending their own money to communicate political ideas unless they do so through a political campaign.

Which leads one to ask: If private citizens are to be constrained in that way, why not the Washington Post? Interestingly, when proposals to regulate political communication emanate from bien pensant quarters of the institutional press, these suggestions for reform will often exempt—which is to say elevate—the press. Just as candidates claim ownership of politics, newspapers claim it of the First Amendment.

But surely, if a private citizen is not supposed to spend his own money to inform his fellow citizens of his political views outside the apparatus of a campaign, why would the publication of his words in a newspaper erect a shield? The First Amendment simply does not distinguish between the two acts. And in fact the institutional press that we know today, unaffiliated with candidates, is a modern artifice that the Founding generation wouldn’t have recognized. Their newspapers were all political organs, privately published, often controlled by sitting officials of government. Witness Thomas Jefferson’s patronage of the muckraking journalist James Callender (at least until protégé turned on patron).

There is no reason to see the modern-day New York Times or Wall Street Journal as better protected by the First Amendment than modern-day political contributors such as the Koch Brothers or George Soros.

On the contrary, the private individual who communicates his views using money is involved in an act explicitly protected by the First Amendment, arguably one more purely and clearly shielded than contributions to a candidate—though those are a form of political expression, too. The super PAC that advertises is engaged in the same act as a pamphleteer who prints his or her own brochure.

And what, precisely, is wrong with that? In his capacity as a private citizen writing for a private newspaper, the Republican Rogers has as much right to criticize the Democrat Hillary Clinton (see the post above) as Hillary Clinton has to promote herself. The venue in which either does so is irrelevant. That another citizen might spend his or her money to express similar opinions is not scandalous.

Such independently financed messages might overwhelm—indeed, arguably have overwhelmed—candidate communication. To which the proper response is: So? Might the fact that political communication is a multi-billion-dollar industry be a sign of a robust rather than an infirm public square? Candidates have no entitlement to control this environment any more than they may police conversations about themselves online, in the newspaper, or around the dinner table.

To be sure, much of the information being communicated today is misleading. So is some of what is said on the Senate floor. But it is not the job, or within the constitutional authority, of government to purify the content of communication. And the flood of messages is a problem only if voters are dupes incapable of evaluating today’s ample supply of information, in which case self-government itself, not the manner of its financing, is the problem. But that is, of course, how the puritans view their fellow citizens, to whose paternalistic protection they are devoted.

This makes one wonder why, if citizens are incapable of evaluating the content of 30-second advertising, the puritans are so eager to overwhelm them with reams of disclosure. Disclosure, which inhibits anonymous giving free of the fear of retaliation, may itself impede freedom of association. But even setting that aside, the secrecy enshrouding super PACs pertains to acts that are ultimately public: how members of Congress vote, for example, or what Presidents decide, for which they are clearly accountable to the public regardless of what impelled them.

Moreover, the relentlessness of today’s media environment makes it exceptionally unlikely that such secrecy will, in any event, long endure. If the point is a quid pro quo, someone has to disclose the quid. That the Koch Brothers were behind much of the super PAC spending in the last cycle was well known and repeatedly discussed. That they intend to spend heavily in this cycle is equally well known.

Heavy political spenders are rarely shrinking violets. The assumption is that they are venal, which arises from Americans’ fraught relationship with money, which fascinates us even as we assume that anything it touches is morally corrupt. But super PAC spending is often a public good. In the Kochs’ case, they certainly spend more than they are likely to reap in benefits from any governmental policy.

This spending could just as easily be cast as charitable: It is spending to promote ideas. If a wealthy donor gives an immense amount to, say, Greenpeace, we recognize this as altruistic. If he or she spends the same sum encouraging his or her fellow citizens to vote for political candidates who support the Greenpeace agenda, it suddenly becomes debased.

Independently financed speech quite often criticizes government, which may help explain why government is so eager to control it. So does this: Challengers tend to beat incumbents by outspending them. Long-shot candidates used to be elevated by one wealthy backer or a few of them. Limits on campaign spending, making the politicos foreswear large contributions and pass their days amassing small ones, are therefore incumbency traps. They pass the hat using their name recognition; challengers, lacking that name recognition, are barely able to keep up. The system inhibits newcomers and favors the mainstream of the political establishment.

But this independently financed speech, regardless of its policy implications, and whether engaged in by super PACs or street-corner pamphleteers, does not lose First Amendment protection by dint of being outside the organized political system for the simple reason that candidates do not have more of that protection than the rest of us. Neither they nor the media own political conversation, nor should they. The quality of conversation might, on the whole, even rise.

“Competition Is for Losers”

Protecting Political Expression in Campaigns as much as Political Dissidence

Nancy MacLean’s Democracy in Chains: The Deep History of the Radical Right’s Stealth Plan for America, a scurrilous attack on James M. Buchanan.