In this month’s Forum Samuel Gregg revives “the meaning of social justice in the classical tradition of natural law reasoning, with particular reference to Roman Catholic pronouncements about this subject.” Social justice strives for the common good.  Two learned commentators provide vigorous, reasoned dissents, economist David C. Rose maintaining that this defense of social justice is “both misguided and dangerous.”   Philosophy professor Eric Mack thinks the notion of social justice “necessarily champions extensive state authority.” Though he allows Gregg’s understanding is not egalitarian, he nonetheless seeks to “weigh [social justice] down and sink it.” These criticisms to the contrary, Gregg’s defense of social justice is in fact essential for preserving liberty and preventing the absorption of all human activity under the aegis of the state.[i]

Gregg’s reliance on the Catechism of the Catholic Church[ii] and Thomas Aquinas for his arguments about social justice may incite some to further mischaracterize “social justice.” He uses the Catechism’s terms such as “solidarity” that may sound authoritarian. They may give the false impression that he favors a powerful state, and, even worse in this criticism, one backed by official Catholic theology, against modern liberal rights.

But Gregg is calling for citizens who will act toward each other with the comprehensive classical virtue of justice (dikaiosune) and charity. Such free citizens will avoid being burdens to their fellow citizens and not use their political rights to bully other citizens into demanding transfers of wealth. Social justice is not the Rawlsian difference principle, as it confronts an anti-Rawlsian indifference principle. Gregg wants to rescue social justice from those who conflate it with socialism, both its friends and its enemies.[iii]  Social justice, like justice itself (to dikaion), simply reflects the common good that obtains in all decent political communities. He is daring the critics of social justice to attack justice itself or the very notion of a common good as essential to the meaning of a good political community. 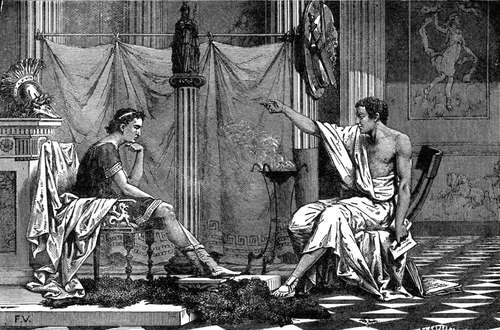 Gregg interprets his authorities correctly, but he could have arrived at similar conclusions had he instead cited The Philosopher, Aristotle, and made a less sectarian argument. In other words, rather than quoting Aquinas, neo-scholastics, and the Catechism, he might have followed the Saint’s teacher and the philosophic basis for social justice.

Gregg reminds us of a great strength of Catholic social teaching—that laws and courts, and certainly not the bureaucracy, should not be the principal means by which citizens relate to one another. He notes that the Catechism finds in solidarity “the sharing of spiritual goods even more than material ones.” Men and women have families, neighborhoods, religious institutions, fraternal groups, ethnic societies, athletic leagues, and a myriad of other associations, flourishing especially in free societies. Free men live under the discipline of laws they adopt for themselves and under the discipline of the free market, but they also live under obligations within these different groups. In fact, the more justice we secure for one another through these informal groups (which have the clumsy label of “mediating institutions”), the less need for law. His approach exposes the flaw in critics who separate the state from society and proceed to attack the state in the name of society.

Mutual affection, love, is a vital political element, perfecting the justice in political communities. Aristotle spends two entire books of the ten, Books 8 and 9, in the Nicomachean Ethics on the subject of friendship (philia).[iv] Friendship enhances the virtues that have been the major focus of the book and both brings about pleasure and draws us closer to the ultimate goal of life, flourishing or happiness (eudaimonia). It is necessary for this purpose and splendid (kalon) besides.

And friendship is politically important: Aristotle maintains that “friendship [seemingly] holds cities together and that lawgivers are more serious about it than about justice…. When people are friends, they have no need of justice, but when they are just, they do need friendship in addition; and in the realm of the just things, the most just seems to be what involves friendship.”  Later, Aristotle makes analogies between types of families and types of political constitutions or regimes. Here Aristotle reflects the Republic of his teacher Plato and its unified best regime.

With all this talk of love, friendship, and best regimes in politics, was the hard-headed Aristotle some exotic ancient flower child? How can such utopianism be of any use in understanding politics? We understand when we realize that Rousseau’s general will and Marx’s social man are powerful attempts to replace the unity and affection that appears absent in the original liberal theorizing of Hobbes and Locke. The movement within modern political theory from Machiavelli through Nietzsche strives to find substitutes for the friendship of classical political philosophy and the unity of medieval Christian political philosophy that modernity had overthrown.

Briefly, modern political philosophy sought to base politics on some of the necessary elements of politics—the economy and safety. In doing so, it neglected the family, yet another necessary part of political life. Seen in this light, social justice is a necessary repair of a flawed modern political theory that attempted to create a good society solely out of rights. Social justice attempts to reintroduce the family and associations into political life, sufficient conditions and their sweetness into necessary ones.[v]

Classical political philosophy and Catholic doctrine remind us of not only the family but as well of the sufficient conditions of politics, human flourishing and civilization. Vatican II emphasized the role of the laity in propagating the faith—not through an ecclesial state or big government but through personal evangelization, as the last two popes underscored.

Solidarity, a Catholic form of Aristotle’s political friendship, responds to the quarrel between the ancients and the moderns. Because the Church believes in prudence and not categorical rulings in these matters, its teaching operates not primarily through government but rather through the faithful and civil institutions, as in the principle of subsidiarity that Gregg emphasizes. The best regime, like the City of God, cannot be realized, yet it remains a guide. Does this approach have dangers, as Rose contends? Yes, all political ideas contain dangers.

To clarify, the best American political expression of political friendship can be found in Lincoln’s Gettysburg Address, which explains the unity the American founders sought over the generations (“Four score and seven”) in a belief in “the proposition that all men are created equal.” Lincoln fused together Lockean equality and the biblical creation of man in God’s image as the meaning of America. What all men everywhere had in common, in either the philosophic or the biblical account, gave this country a unique and just identity.[vi]

Such a defense of political community, which includes its perpetuation, requires social justice as part of the common good.  A country worth saving is a loveable country. Or, as a sign at a gun show read, “Always love your country. Never trust the government.” That is social justice.

[ii] The Catechism has the failings of any compiled work, but it has a rigor and subtlety that must be appreciated. Note the treatments of capital punishment (Article 2267) and torture (2297-2298), besides that of the common good, social justice, and solidarity (Articles 1905-1948) that Gregg emphasizes.

[iii] The painting that graces the Forum page this month is by Felix Philippoteaux, of Alphonse de Lamartine Rejecting the Red Flag at the Hotel-de-Ville, Paris, 25th February 1848.Lamartine rejected the revolutionary red flag and thus retained of the tricolor of 1792. While this moderated the revolution, it also solidified the French Revolution as the founding of modern France. Even Tocqueville had to defend the French Revolution as “not socialism but Christian charity applied to politics.” See his September 12, 1848 speech to the Constituent Assembly. http://oll.libertyfund.org/index.php?option=com_content&task=view&id=1270&Itemid=262  In his Recollections Tocqueville describes the poet-politician Lamartine as the one who could have led the fight against ‘the socialists and demagogues.”  But, Tocqueville concludes, “I do not think I ever met in the world of ambitious egoists in which I lived any mind so untroubled by thought of the public good as his…. Furthermore I have never known a less sincere mind, or one that more completely despised truth” (Mayer and Kerr, 134-135.)

[iv] Recent publications in The Claremont Review of Books remind us of the importance of friendship for the discussion of justice and hence for politics in Aristotle’s political philosophy, Diana Schaub’s review of Susan Collins and Robert Bartlett’s recent edition of the Nicomachean Ethics (Chicago, 2011). http://www.claremont.org/publications/crb/id.2034/article_detail.asp (link no longer available) See also this correspondence in Winter 2012-2013 issue: http://www.claremont.org/publications/crb/id.2061/article_detail.asp (link no longer available)

[v] Cf. Thomas G. West’s answer to my question “Who is John Locke?” in this review. http://www.libertylawsite.org/book-review/debating-the-terms-of-the-american-founding/

[vi] Compare the language of the Gettysburg Address http://teachingamericanhistory.org/library/index.asp?document=34and the 90th Psalm http://www.biblegateway.com/passage/?search=Psalm+90&version=KJV , in the King James version.

The War on Satire, Brought to You by Social Justice Warriors

One can be “woke” or one can be self-aware, that is, aware of man’s political nature. One cannot be both, and this puts SJW's beyond satire.

The Pro Bono Docket and the Legal Blowhards Who Exploit It: Part I

The legal profession's pro bono obsession leads to the question, “who benefits?”