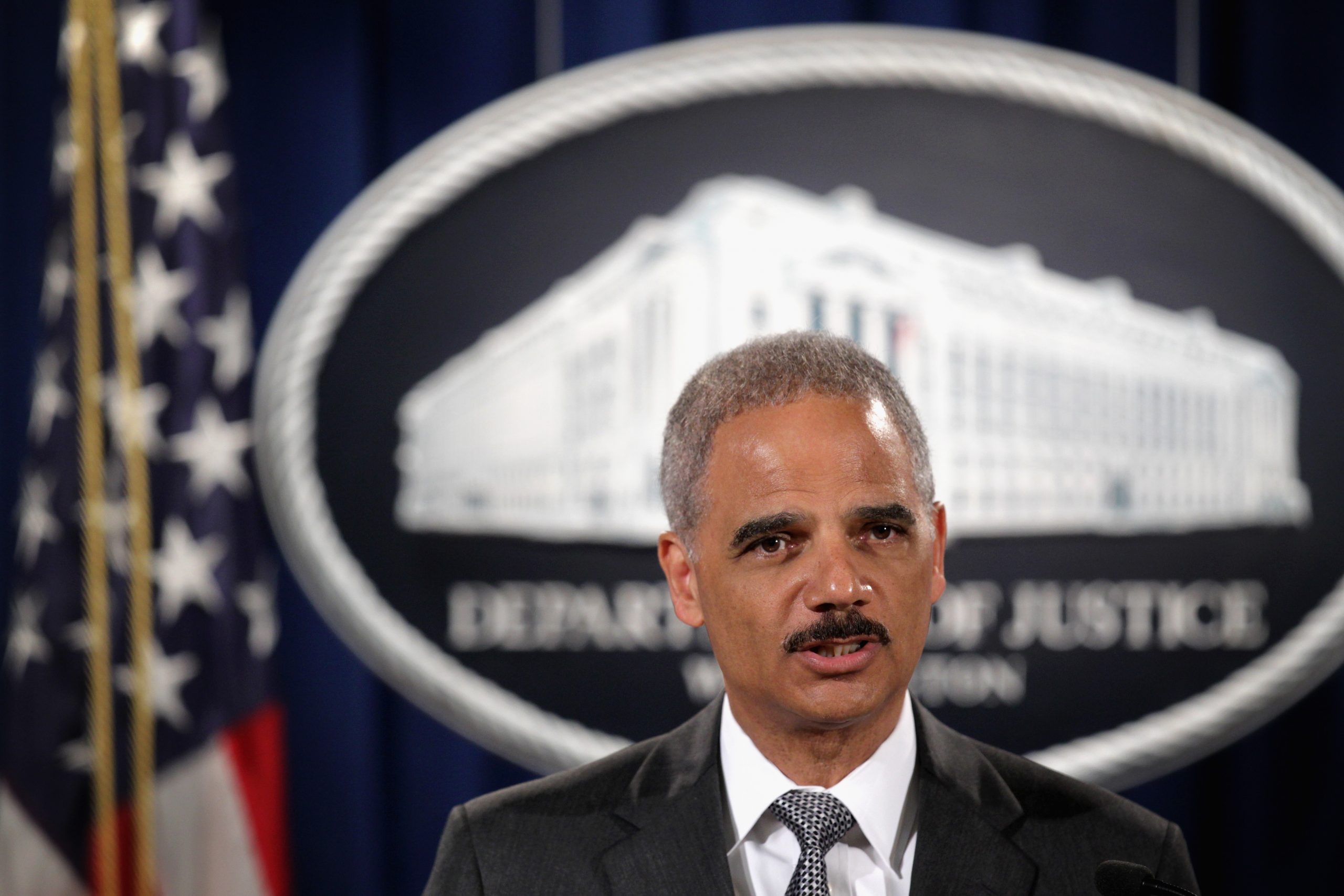 By practicing racial prejudice regarding the fatal shooting of Michael Brown in Ferguson, Missouri, the Obama administration, Governor Jay Nixon, and the media stoke racial strife among Americans. Apparently they intend to bump the Democratic Party’s share of the black vote up yet another notch.

Reasonable observers cannot but take note when persons who know what they are doing promote judgments about a case before all the facts of that case have been put forward, and do so on the basis of race. That those promoting such strife are Democrats, that black Americans are their immediate audience, and that voter-registration tables have been set up among the demonstrators they help to mobilize, all raise the question: cui bono? Conscience should abhor the purchase of political advantage at the cost of further dividing American society along its starkest fault line.

The indisputable facts that we have so far do not support any partisan narrative.

On Saturday, August 9, at ten minutes before noon, police officer Darrel Wilson received a call telling him that there had been a robbery at a nearby convenience store, and to be on the lookout for the suspect. At 12:01 p.m. Wilson, driving toward the scene in his patrol car, encountered Michael Brown and a friend walking down the middle of the road and confronted him. A struggle inside Wilson’s patrol car ensued, during which one of Wilson’s facial bones was broken and a shot was fired from Wilson’s gun. The confrontation continued outside the car, during which Wilson shot Brown several times, killing him.

Under Missouri’s “sunshine law,” the police released the tape from a convenience store’s surveillance camera, showing Brown strong-arming someone as he leaves the store with merchandise in his hands. It also released details on Brown: six foot, four inches tall, weighing 292 pounds. The autopsy showed four bullet-entry wounds in the front of Brown’s right arm and two on the front of his head, as well as that Brown had smoked marijuana. Wilson is white, Brown was black.

There are conflicting stories as to whether or not the shooting was justified. Some witnesses, and the initial police announcement, said that Brown had attacked the officer and struggled for his gun in the car. Then, after one shot was fired, he had run as the officer gave chase. Finally, Brown turned back, charged the officer, and was felled by more gunshots. On the other hand Brown’s companion, who could be seen on the convenience-store surveillance tape with him, stated that Brown had never been inside the patrol car, and that the officer’s injury as well as the shot inside the car were caused by the car door’s closing back on its driver suddenly after he had forced it against Brown’s body. Allegedly the officer then shot Brown as the latter raised his arms to surrender.

Brown’s family adopted that version and hired Benjamin Crump, the lawyer who represented Trayvon Martin’s family, who declared: “Their baby was executed in broad daylight . . . Executed before he was a man. We will not be silent. We will stand up.” MSNBC host Al Sharpton soon arrived, and a familiar scenario unfolded: crowds looted and burned shouting that racist whites had killed a black child, and demanded that officer Wilson be convicted of murder. That is the message and the demand that progressives have amplified and transmitted to the country.

While media commentators have not espoused the Crump version explicitly, implicitly they have encouraged the public to believe it. What other than racism might have led the officer to shoot “an unarmed teenager”? This had to be murder. From the publicized childhood photos of Brown, one hardly recognizes the thug whom surveillance cameras show taking items from a store while pushing aside the man blocking his exit, presumably the owner, minutes before injuring the cop who shot him. The media conveys testimonials to the dead man’s gentleness but says nothing about his police record. There is no discussion of what it might take to stop someone that large who was on drugs.

Obama officials, Governor Nixon, and lesser progressives not so subtly positioned themselves as the sympathetic advocates of otherwise voiceless and helpless blacks victimized by powerful whites. Nixon’s statement that “a vigorous prosecution must now be pursued” to achieve “justice for Michel Brown” defines prejudicial conduct. At one point, Missouri highway patrol captain Ron Johnson placed himself at the head of demonstrators and identified Michael Brown with his own son, whose clothes and tattoos resemble Brown’s. And while President Obama—having been punished in the opinion polls for rushing to call Trayvon Martin his vicarious son—caveated his prejudicial sympathies with Mark Anthony-like reluctance to place his thumb on the scales of justice, his attorney general flew to Ferguson bringing over 40 FBI agents. Who doubts that it was to bring all possible pressure for a murder indictment?

An indictment might well energize those who tell pollsters they believe that Brown was murdered to vote Democrat in November in somewhat greater numbers than they otherwise would have. Leave aside for a moment the morality of such a calculation. Consider only that this would be a success whose short half-life demands ever-greater efforts in the future—efforts that will, if there is an acquittal, all too soon present politicians with but two alternatives, both bad: either alienate your constituents by accepting that outcome, or energize a much larger group by rejecting it.

Because indictments happen behind closed doors, it may be as easy to indict officer Wilson for the death of Michael Brown as it was to indict George Zimmerman in the death of Trayvon Martin. But persuading a jury to convict Wilson will be at least as difficult as it was in the case of the exonerated Zimmerman. Should Wilson end up a free man, progressive politicians will, as I said, have to choose between accepting the workings of the justice system and thus angering their constituents, or seeking the bigger political dividends to be had by proclaiming the justice system a fraud and a failure.

Should successive juries be split, with hung-jury results along racial lines (black jurors for conviction, white jurors against), the progressives would be riding a tiger. Too cleverly, their spokesmen fan the flames of racial strife for short-term political gain. But fires, especially racial ones, tend to get out of control.

The Candlestick and the Two Hags

Eric Holder and the Rule of Law

The Campus Mob Comes for the Presumption of Innocence

It is not necessarily surprising that students fail to appreciate the hard-won freedoms on which the modern university and our civilization rest.

Criminal Misconduct and Roving Bandits: The Campaign Against JPM