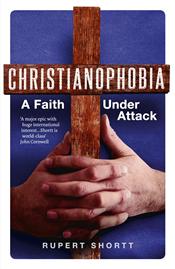 Recent decades have seen a remarkable growth in America and Europe of secular humanism, along with other less self-conscious and militant forms of religious disaffiliation. Elsewhere there has been an equally striking resurgence of religion, especially Islam. Practically wherever this has happened has witnessed a concomitant upsurge in the persecution of religious minorities who, as often as not, have been Christians, given the size and global reach of their faith.

Within Muslim lands, Christians have been especially subject to persecution. But they are not their only religious minorities to have suffered increased levels of it. For example, Pakistan’s small Hindu population has undergone escalating oppression, as illustrated by the following report in a Pakistani newspaper in March of this year

The Hindu community has warned of mass migration from the country if immediate steps are not taken to stop forced conversions. If steps were not taken, “a mass migration of Hindus is inevitable,” said a resolution adopted by a conference organised by the Pakistan Hindu Council… a day before the fate of… a Hindu girl… allegedly forced to convert to Islam and marry a Muslim man is to be decided by… [a] court in Islamabad… Approximately four to five cases of forced conversion surface every month… However, forced conversions are not the only issue that the Hindus of Pakistan face. Extortion and kidnappings for ransom, along with cases of forced conversions, are the top three crimes being committed against Hindus in the country.

It has not been only within Muslim countries that Christians and other religious minorities have lately faced increased persecution. The unsavory details are documented in a report, published on the eve of Christmas by the London-based social policy research institute Civitas. If this is the season to be jolly, its release date might arguably have been better chosen, for the report makes the most depressing, if salutary, of reads. Perhaps, however, there was no better time to publish a report about Christianophobia’, as the report is entitled, than on the anniversary of the birth of the man whom Christians suppose was the Suffering Servant, foretold seven centuries beforehand by the prophet Isaiah. The report opens thus:

Christians are [currently being] targeted more than any other body of believers… [An estimated] 200 million Christians (10 per cent of the global total) are socially disadvantaged, harassed or actively oppressed for their beliefs… In the large area between Morocco and Pakistan, for example, there is scarcely a country in which church life operates without restrictions… [However,] much ‘Christianophobia’ – in China, North Korea and other Communist countries; in India, or in mainly Buddhist societies such as Sri Lanka and Burma – has nothing to do with militant Islam.

Written by British journalist Rupert Shortt, religion editor of The Times Literary Supplement and a visiting fellow of Blackfriars Hall, Oxford, part of the burden of the report is to combat the neglect of the topic by western opinion-formers out of concern to avoid appearing racist. A baneful consequence has been to foster the illusion that Christianity is peculiarly Western. Its roots, however, lie deep in the Middle East, today’s epicenter of Islam whose seventh century rise led to its displacing Christianity as the region’s dominant creed.

In many Middle Eastern Muslim countries where Christians now suffer persecution, Christianity has had a continuous presence for almost two thousand years. Two of these, Egypt and Iraq, form the respective subjects of the report’s opening chapters. As Shortt explains in connection with the Copts, Egypt’s indigenous Christians who form 10 per cent of its population:

In February 2011, Ayman al-Zawahiri – soon to become leader of al-Qaeda after the killing of Osama bin Laden – described Copts as “one of Egypt’s main problems”… [M]any Egyptian Muslims think that Copts are implicated in what they see as a Christian assault on the Muslim world, because of George W. Bush’s use of the term “crusade” after 9/11… [T]he early twenty-first century has seen a steady rise in the strife endured by [Egypt’s] Christians. Coptic women have been kidnapped and forced to become Muslims, while converts from Islam to Christianity have been arrested and sometimes tortured.

Likewise, in relation to Iraq whose ancient Christian community has shrunk since 1990 from over a million to less than 200,000, Shortt writes:

October 31, 2010… was the date of an attack by ten al-Qaeda militants on the Syrian Catholic cathedral in Baghdad, when over 50 people were murdered and many more maimed. But… 2003 nevertheless marked a watershed. Chaos followed the American-led invasion in the spring of that year… [and] with chaos came an explosion of sectarian strife. Iraqi Christians became more vulnerable than ever… Between 2006 and 2010, 17 Iraqi priests and two Iraqi bishops were kidnapped… All were assaulted or tortured by their captors… [and eight] were killed.

Muslim oppression of Christians forms the subject of the report’s following two chapters that focus respectively on Pakistan and Nigeria, the latter a country whose 140-million inhabitants divide roughly equally between Muslims and Christians.

Shortt illustrates how much religious intolerance there is in Pakistan by citing the assassination in March 2011 of its Catholic Minister for Minorities, murdered on account of his opposition to that country’s anti-blasphemy laws which make criticism of Muhammad a capital offense. That is not the only form of persecution to which non-Muslims are potentially vulnerable there. As Shortt explains:

Muslims who have elected to renounce their ancestral faith are widely considered… guilty of an abomination… Islamic jurisprudence…  mandate[s] the death penalty for a sane male apostate, and lifelong imprisonment or harsh treatment for a woman in a similar position… [These] bodies of teaching… have been used to justify a number of murders of ex-Muslims in Pakistan…The apostate is [also] at real risk of death in Saudi Arabia, Mauritania, and Iran… In other places including Bahrain, Jordan, Kuwait, Qatar, Oman and Yemen, apostates face severe penalties sanctioned by sharia. Apostates are also punished… in Turkey [and in] Iran… Sudan and Malaysia… have laws prescribing the death penalty for apostasy, and in Egypt, legislation allows for the abrogation of an apostate’s rights as a citizen.

The situation in Nigeria is no rosier. In a political trade-off to prevent its largely Muslim northern states from seceding, they were allowed to introduce sharia law which a dozen have done since 2006. The result, as Shortt explains, is that:

In some northern states, Christian girls have been obliged to wear the hijab; and in [one] …a large body of enforcers frequently break into Christian households in search of alcohol. It is estimated that the expansion of sharia has led to the death of 60,000 people, most…Christians.

Remaining chapters detail the persecution of Christians and other religious minorities in three non-Muslim oriental states: Hindu India; Buddhist Burma; and communist China. The details are equally disturbing, and all the more surprising in the case of India and Burma, given how peaceable are the reputation of Hinduism and Buddhism.

It is, however, within Muslim countries that Christians and other minorities suffer the most persecution, leading Shortt to ask in his conclusion: ‘Is there a problem with Islam as such, or is the trouble more a matter of contingencies?’  His answer offers readers some comfort and grounds for hope:

Just as Christianity has evolved… there are reasonable grounds for thinking that Islam will do so too… When they are true to their guiding principles, both faiths insist on the sanctity of the person as a seeker of God, and from this should duly follow a recognition of religious freedom as the first of human rights.

Christian and other readers of Shortt’s startling report should pray that recognition comes soon.

The Passing of James Buchanan

Everyone expects the Inquisition

Assessing the Blowback from Hobby Lobby

Wills and the Individual Conscience